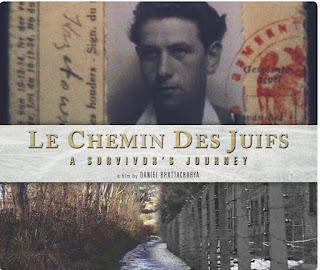 Daniel Bhattacharya is a professional violinist and filmmaker who has been our houseguest for several months.  He and his family have purchased a home in Okotoks which they take possession of next month.  While Daniel's music resume is long and impressive, I didn't have a sense of his filmmaking experience.  Earlier this week, he sent me a link to watch Le Chemin Des Juifs, a documentary film that was released in 2019.

What began as the story of a forgotten road in Northern France, built on the backs of Jewish prisoners, ended up being a powerful testimonial of one Holocaust survivor.

I have seen, heard and read elements of David Shentow's story of being shuffled across Europe during WWII at the hands of the Nazis.  But hearing and seeing the story being told is a very different way of experiencing this hellish piece of history.  He lived on scraps while building Le Chemin Des Juifs.  He survived against impossible odds at notorious camps like Auschwitz and Dachau. He found himself dreadfully alone at the end of the war, the only member of his family left alive.

David's firsthand testimonial, captured on film by Daniel, is absolutely gripping.  Watching David go back in time and recount every step of his journey during the war rings true in a way that is far more powerful than a thirdhand account or as part of a fictionalized story or movie.  This man sitting in front of the camera actually lived through this horrific chapter of human history. 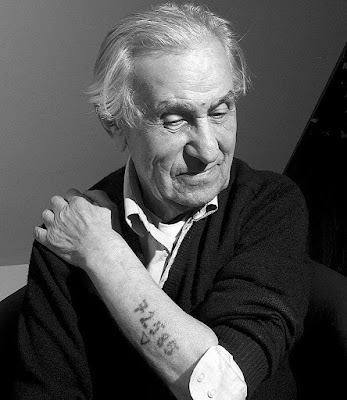 It is rare that I feel called to rewatch a documentary film, but that is how I am feeling this morning.  It's almost like I want to retrace David's steps back to where it all began in Belgium where he was a teenager at the start of the war.