I am grateful for the invitations that I have received to do live paintings at major charity events.  The first one I did was for the Alzheimer Society of Alberta and Northwest Territories in 2016, just a short time before the Fort McMurray fire.  I painted Bryan Trottier hoisting the Stanley Cup, which he signed when it was done.  That painting sold for $11,500.  I brought the piece home with me to do some final touches before sending it on to the purchaser.  A little fire and evacuation delayed that process, but eventually I was able to drive it down to the gentleman.
More live paintings followed including the Howes (2017), Connor McDavid (2017/2018), Sean Burke (2018), and Lanny McDonald/Bob Cole (2019).  In the cases where the subjects were in attendance, they graciously came up to the stage and signed the paintings.  I knew that was going to be the case yesterday as the Sedins were expected to be present. 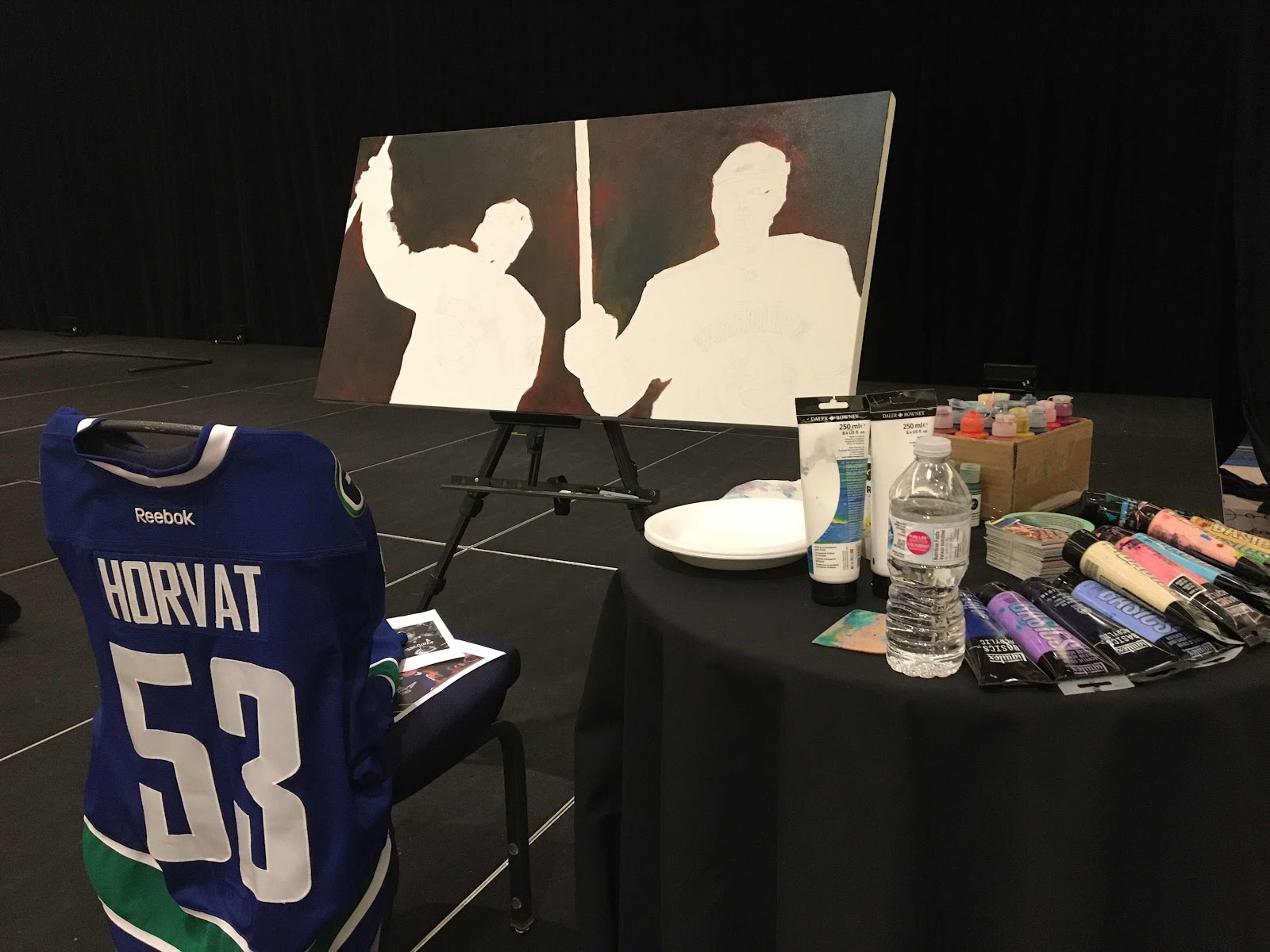 While I don’t spend a lot of time in my head when I am painting, there is an exception with the paintings that happen in front of an audience.  And certainly yesterday’s task was an exceptional challenge.  I knew going in that I would need to get to work just earlier enough to give me the proper jump start, but not so early that the audience would miss out on the sense of seeing something created right in front of their eyes.  I ended up picking up the brush at shortly after 10 am and began working on the two logos/crests, as this would be the best places for Henrik and Daniel to sign their names.  Getting those two elements done right away would allow them plenty of time to dry.
I started using the Opus Phthalo Blue for the jersey but quickly switched to the Golden Phthalo Blue as it offered more of the red tint that I needed.  The jersey would need two or three coats before completion, so they became my focus while the banquet staff was doing last minute preparations.  I started working on the faces and helmets when the crowd arrived at 11:30 am.
The goal in the back of my mind during the entire process was to have the two subjects substantively complete, enough so that from 20 feet away they looked ready to auction.  I put down my brushes just as the hot stove with Henrik and Daniel was coming to an end and the auctioneer was coming to the stage.  I had been painting for 3.5 hours at that point and I was ready to stop. 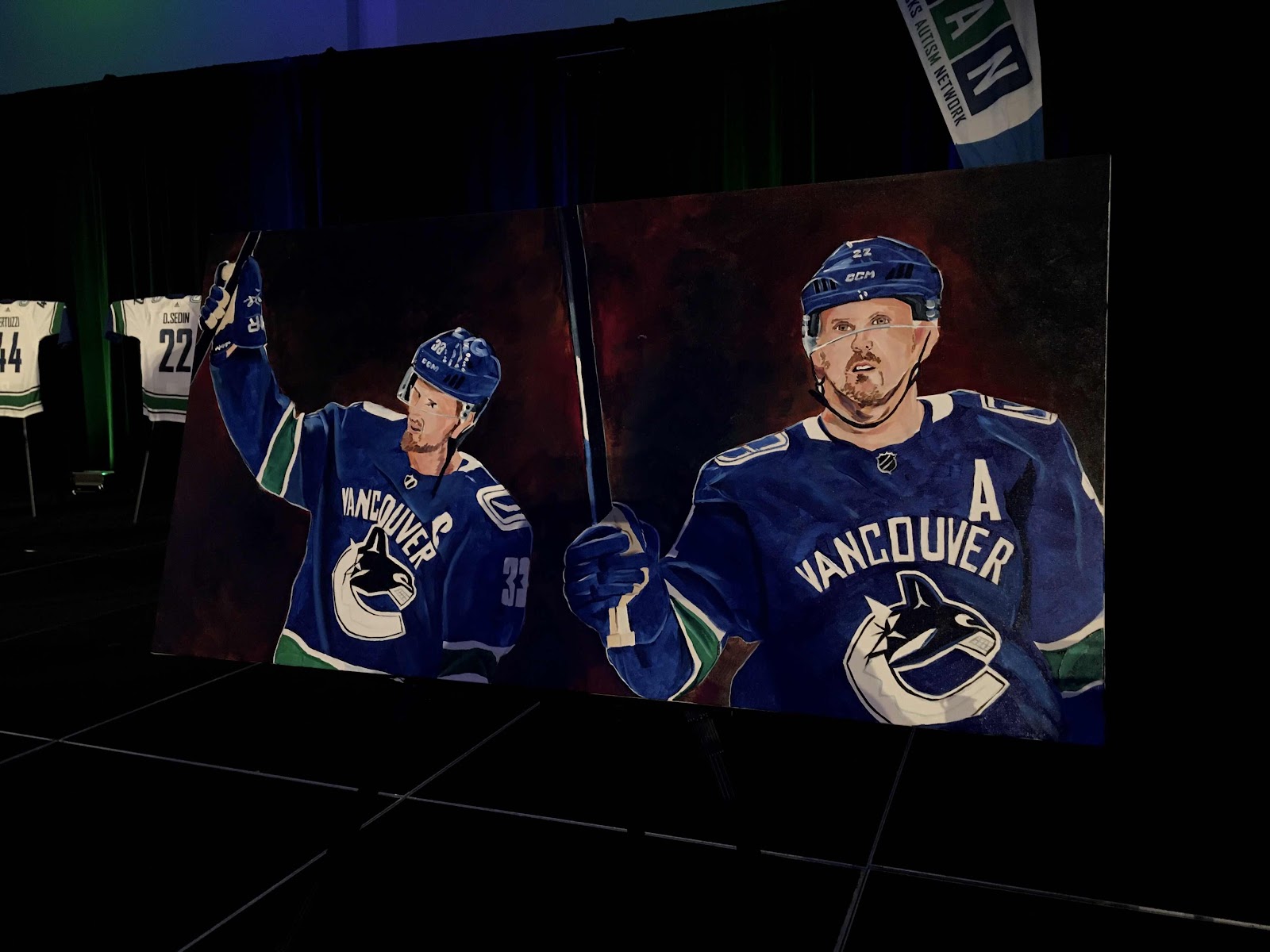 The auction quickly became a bidding war between two fellows near the front.  In the end, Doug Perks, President of DB Perks Group of Companies, drove the price up to $17,000, all in support of the Canucks Autism Network. 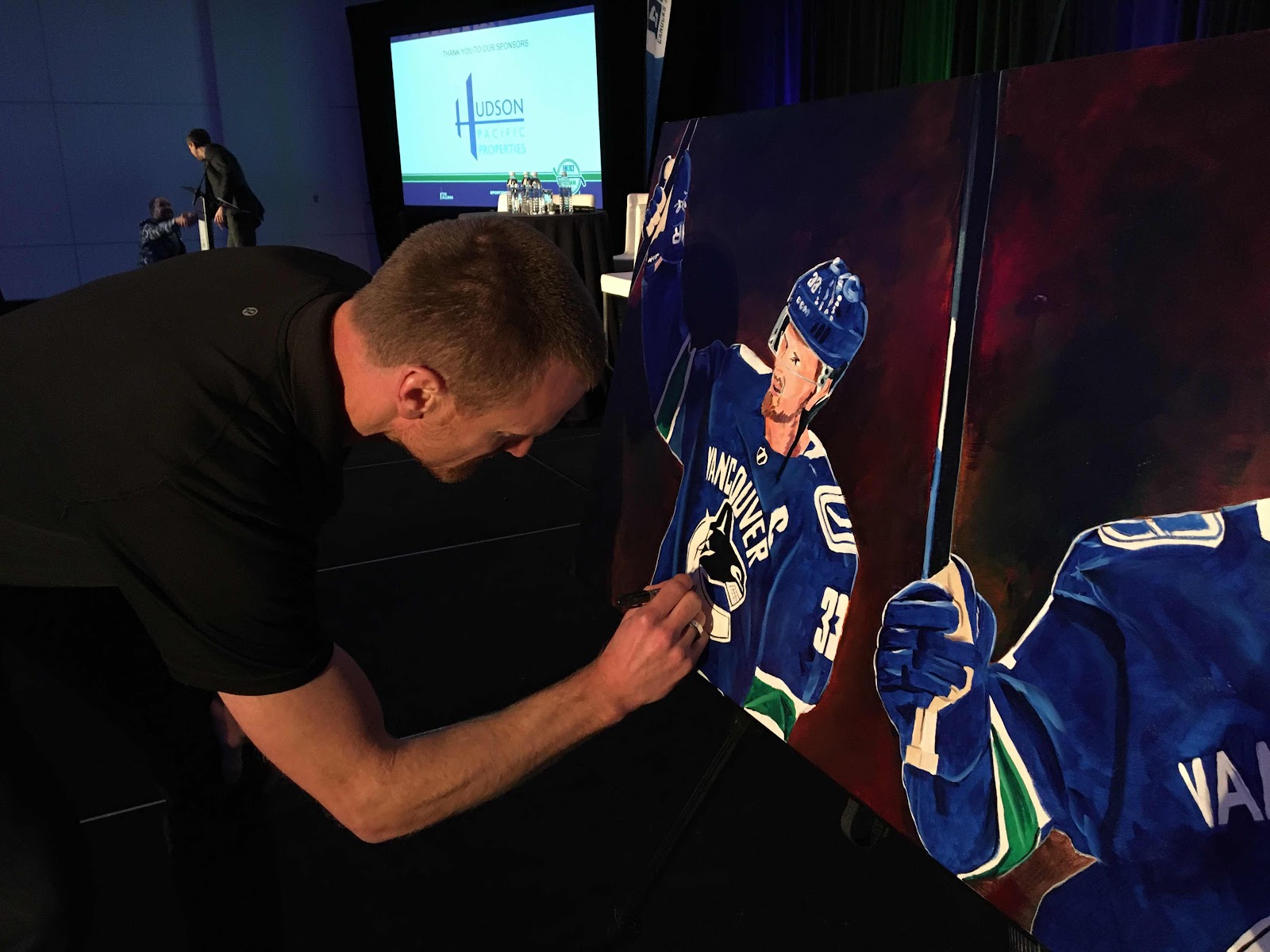 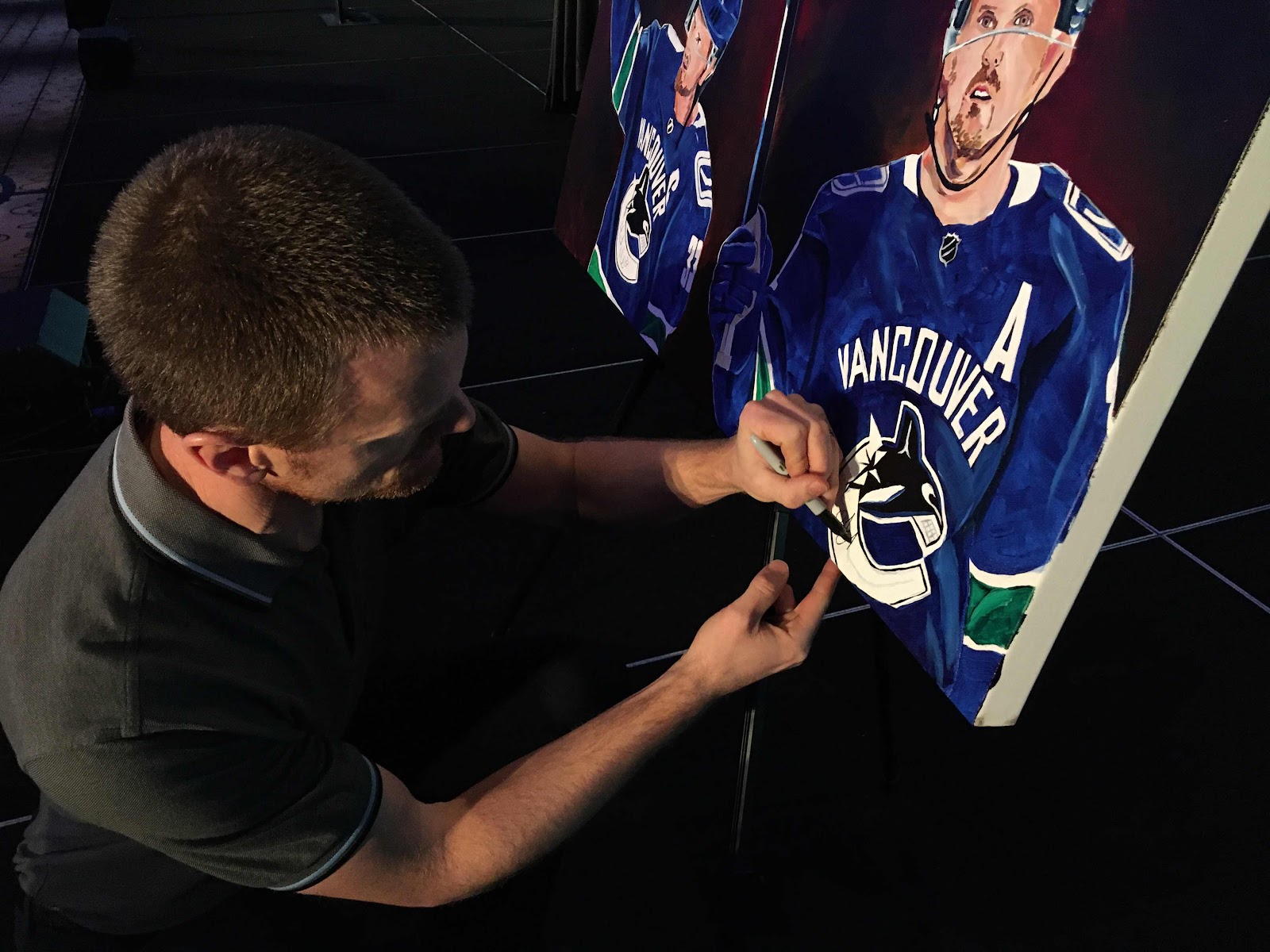 Henrik and Daniel came up to sign the painting at the conclusion of the program and before they were swarmed by fans.  I will now take the painting back to Birdsong Studio to finish it up and get it back to Mr. Perks in North Vancouver.
Email Post