This painting of Gord Downie was inspired by last year's chair of our local United Way campaign.  Colin Hartigan asked if I would consider doing it as an additional fundraiser.  My studio time was super limited at the time, so I asked if I might do it one morning at work. You see, I actually work at United Way full-time, at least for the next month - I'm retiring from that job in four weeks.  The boss said "Absolutely!" 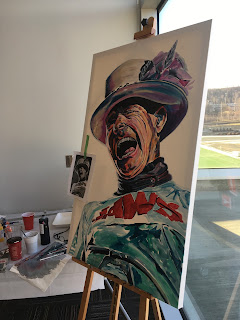 I set up my easel in the hallway at The Redpoll Centre, a nonprofit shared space located in one of the largest recreational facilities in Canada.  I started painting at about 9 am.  By late that afternoon the portrait was done. 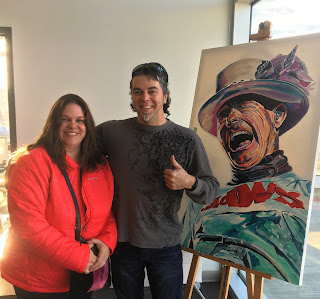 What was really cool about the experience is that people dropped by to watch.  There was actually a couple from Newfoundland who specifically came by; they were huge Hip fans and in Fort McMurray visiting.  We had a lovely chat.  I'm convinced that their energy and love, along with that of many others, infused their way into the painting.

As auction was held that day.  After a back and forth bidding war, the price settled out at $9,000, every penny of which went to meeting community needs.  From that point, to the end of the community campaign, we sold prints with net proceeds also supporting the fundraising drive. 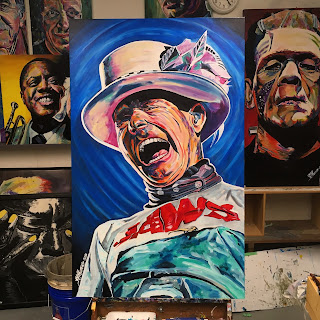 The painting is called "Resilience and Courage", two qualities that Gord Downie demonstrated in the remaining years of his life after being diagnosed with brain cancer.  He made the absolute most of the time he had left and kept caring about this country, and the people in it, until the very end.

Interest in this painting spiked after news of his passing.  Of course, the original is already sold, but prints in a variety of sizes are available.

Heather and I have made a personal commitment with the sale of prints, to use net proceeds to continue doing good in the world.  We will be travelling to Cambodia in about a month to do our first humanitarian project with a group called Bracelets for Buildings.  Hundreds of people who have purchased prints this year have helped us raise enough money to build a house for a family that has never had a proper shelter.  This is just the beginning.  More projects and more humanitarian work will follow in the coming years.

If you're interested in one of the prints, don't hesitate to get in touch.  Send Heather a note at office@birdsongconnections.com.  She'll guide you through the process. 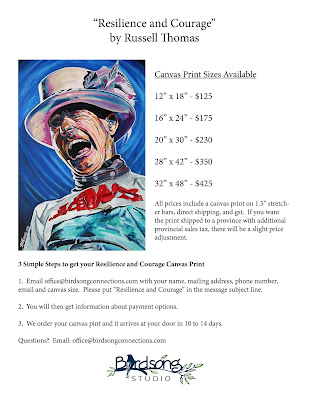