A rumour was swirling about in our community the last few days about a high profile candidate .  The suggestion of what this individual planned to do if elected appeared to have started on one of those anything goes discussion groups on Facebook and quickly went from being a comment to fact, especially in the minds of people supporting one of the other candidates. 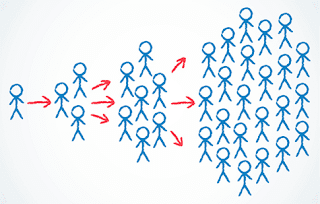 People respond to rumour and innuendo in a way that feeds and validates their particular world view.  To a degree we all do it, often without realizing that we are spreading an untruth, sharing a misinformed opinion, or saying something bad about a candidate that is completely and utterly wrong.

In the flurry of a modern election and the proliferation of social media and political trolls, it is impossible to stop this onslaught of negativity and falsehoods.  However, we can individually begin to question and test our own beliefs.  We can fact check the bits of information and suggestion that get our blood boiling about a particular candidate.  There will be times when what you have heard is the absolute truth; there will be many other times when you have fallen prey to a complete lie.

The thing to remember is that every single candidate has put their name on the ballot because of a deep and abiding love for this community and a desire to be a part of making it better.  All the negative garbage comes up as voters pick their sides and begin building up their candidate by tearing down the other ones. It happens all the time and it happens everywhere.  That's why it is so important to filter through the information and rumours that come your way.

If you hear something that incites you about a particular candidate, why not approach them with it and see what they say?  I did that with the candidate and the rumour that was making its rounds.  The answer was pretty clear: they had no plan to do what was being suggested.

Seek the truth, then make your picks.

On a personal note, I had a negative view of a particular candidate, and even went so far as to share that view with my wife, implanting in her mind that this individual should not get an X beside their name on election day.  After watching a recent forum, I discovered that my view, influenced by a random comment from a friend, was completely wrong.  This person blew me away with their answers, their passion and their authenticity.

Election Day is on Monday.  Do what you can to make an informed choice.