I was asked to contribute to the Lionheart Camp this past weekend, a creative arts experience for courageous young artists put on by The District Recording Studio in Fort McMurray Composite High School in partnership with the Fort McMurray Public School District.  Originally a multi-day summer arts experience, this was the time Lionheart was being done in a much shorter weekend format. 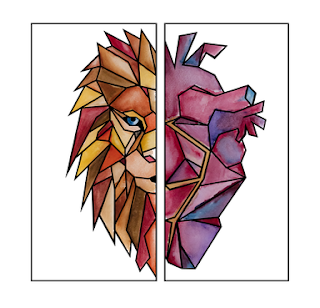 What is Lionheart Camp?

We believe that every person has an inherent creative ability that can be used to create life-giving, beautiful things. Lionheart Camp is a safe place to explore this idea of taking risks and being courageous by using the creative and performing arts to tell our story and as a means of processing who we are and how we can affect the world around us.

Adult leaders led students down a variety of creative paths:  instrumental music, music production and recording arts, voice, poetry, videography, visual art, and dance.  At the end of the day, student shared what they learned as part of a showcase for parents and each other. 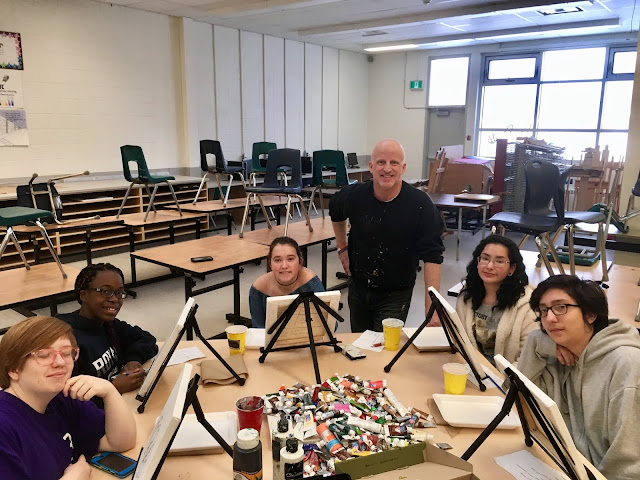 The five students who chose to hang out with me were Alyssa, Tochi, Maya, Emma and Ben.  As part of their exploration, they went out with phones in hand and photographed activities and things throughout the camp that would help them visually communicate certain words: creativity, passion, and empathy were among them.  They dispersed immediately and starting capturing images and ideas without a moment's hesitation. 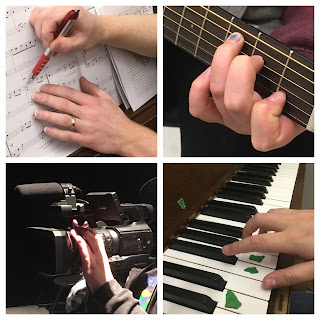 In one corner of the studio, a student was learning to play piano with Willie.  Genevieve has a group of four singers in a small studio doing vocal warmups.  Matt was running around with several students doing pretty much what my students were doing, except with video cameras.  Nifemi was working with dance students in the theatre while Amanda was talking poetry in another room.  Levi was in the main control room diving into the world of production.  It was a hotbed of excitement and the visual art students were capturing it. 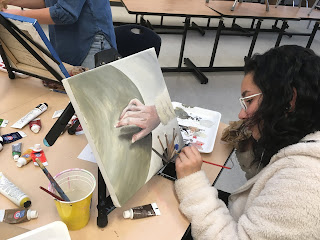 We returned to the art room and each student picked something and started sketching.  We spent the next couple of hours adding colour, texture and life to our ideas.  At times you could have heard a pin drop as they were so focused on their creations.  The Jazz music softly played while they painted.

From the beginning, the students were very welcoming and easy to talk to, though they were understandably guarded.  However, after spending a full day creating together, hanging out felt completely natural.

I was blown away by their God given talents and fearlessness in doing something that, in some cases, was outside their comfort zones. 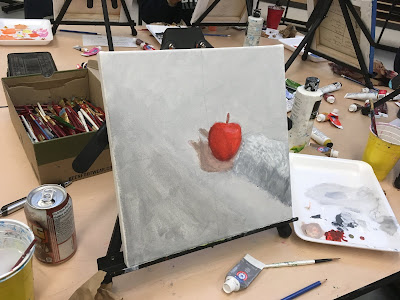 Ben, from Fort Chip, did his first painting ever.  It was a study of someone holding out an apple, simple and elegant. 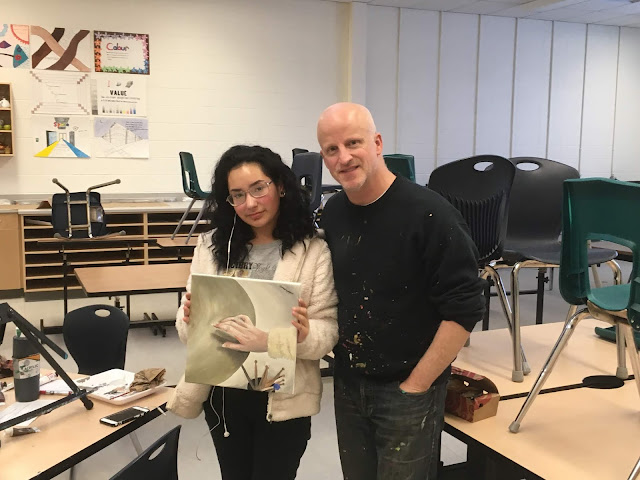 Emma, also from Fort Chip, chose fingers tapping on a cymbal.  Her skill level was off the charts.  Not too long into the future, I'll be saying "I knew Emma when...". 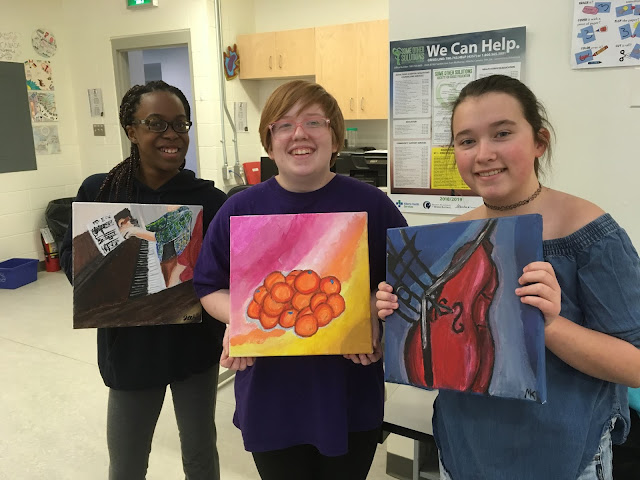 Tochi illustrated the student learning to play piano while Alyssa found a burst of creative inspiration in a bowl of oranges.  Emma did a study of the stand-up bass violin, very much in the style of Matisse. 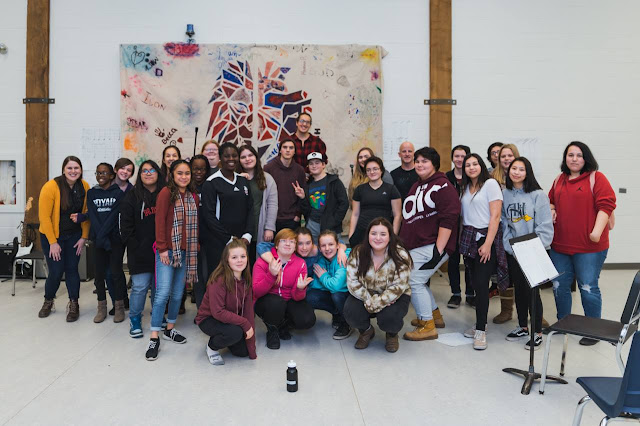 Over the stretch of Lionheart Camp, I saw young people exploring, creating, caring, and connecting.  I saw some super engaged, talented and inspiring instructors making a difference in lives, one student at a time.  It was a great way to spend a weekend.