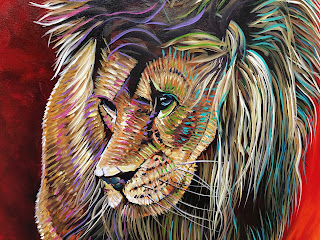 I'm doing something a little different with the Birdsong November auction (in case you are keeping track - we didn't have one in October).  We are starting the auction off with only original works.

At the time of this writing, there are 21 pieces posted.  That number could change between now and the start of the auction on Sunday morning at 6 am.  Some pieces could get added - there are several originals on display in different business in Ottawa and Edmonton that I could decide to add to the mix.  Others could disappear if they get sold before the start of the auction.  Originals that have appeared in an auction previously have deeply discounted starting bid prices.  I want to clear out the studio to have a fresh start in the New Year.  Originals would make outstanding Christmas gifts.  You could get one or several at very low prices. 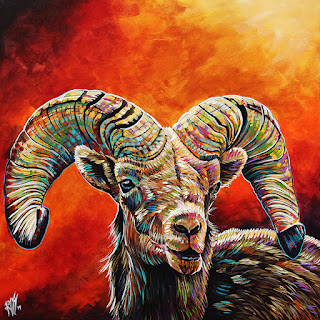 The more recent works have starting bids that are somewhat discounted, but not too much, as there is increased interest in these ones.   Examples would be Griffen the Lion and the Bighorn Sheep.

Two of the originals in the Birdsong November auction will be sold in support of Bracelets For Buildings. 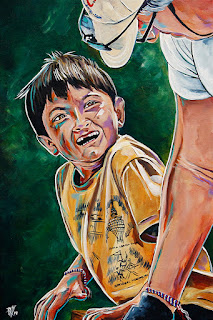 "Building Together" was started last week at the Best Western Plus Sawridge Suites in Fort McMurray.  I'm really looking forward to getting a print of this made so that I can present it to Tam and his family when I return to Cambodia in early 2020.  The proceeds will help build a home for another less fortunate family. 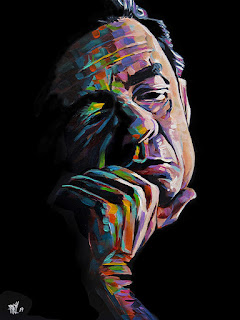 "Johnny Cash Farewell" was donated to the auction by Nadine Allen of Fort McMurray.  She is an incredibly generous human being who is always paying this forward.  Proceeds from the sale of this original of the Man in Black late in his life will be donated to Bracelets For Buildings as well.

Will anything else be added to the auction?

Yes.  Absolutely.  I will be adding new items every day until the end of the auction.  Two pieces to watch for. 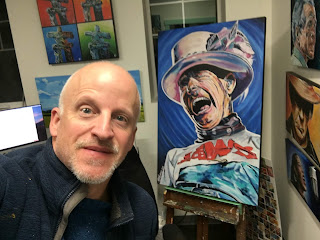 Sitting behind me is a large gallery canvas print of Resilience and Courage.  It will be added at some point. 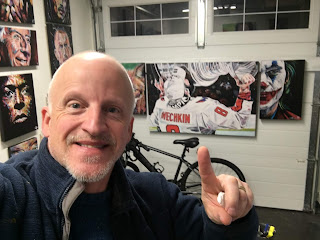 Sitting in front of me is the largest gallery canvas print in the studio of Alexander Ovechkin.  It will go into the auction, too.  It is actually an EP (Embellished Print), which increases its value.

I will also be adding a wide range of gallery canvas prints, many that you've seen in pictures posted from Birdsong Studio. 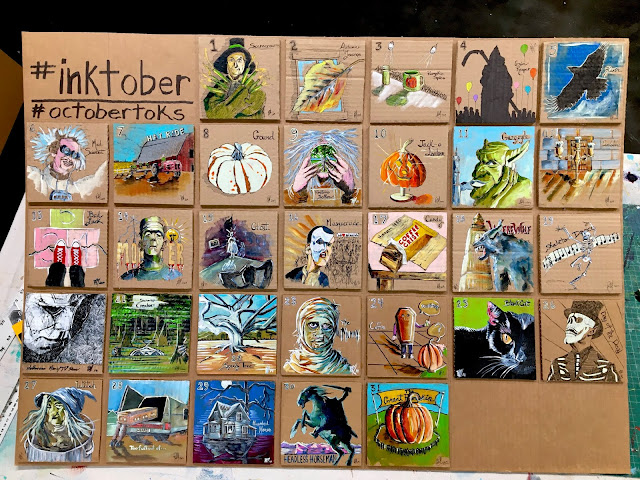 I have no idea if anyone will be interested, but I am going to be auctioning off the #inktober collection of 31 different sketches created as part of this creative initiative.  Every morning in October, I've woken up and responded to a daily prompt.  I decided to do these quick sketches on 6" x 6" squares of cardboard.  Each of these was pasted to a larger sheet of cardboard.  For the super fans out there, this is a chance to own a completely unique collection of my work.  Plus, it is going to benefit a charity here in the Okotoks area.  I'm going to donate all the proceeds of the sale of the #inktober collection to the Okotoks Arts Council.