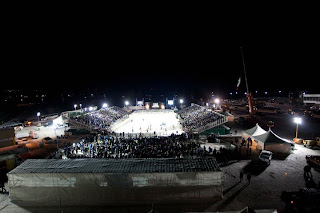 High in the Sky Photo of Northern Classic by Dan Lines
Normally when I write a blog post things kind of weave together nicely. But looking back on the Northern Classic experience there are many random moments that don't necessarily fit together yet still capture a piece of the picture. I'm going to try and crystallize a few of those today in Moments that Matter.
These little nuggets of memory often get lost in the windmills of our minds over time. I think it would be so cool if everyone took a few minutes to capture the moments that mattered to them. The stories weaved together could be shared with the rest of the world when they try to understand about this BIG SPIRIT we keep talking about.
Email Post