When I was a boy, I had dreams of playing professional baseball.  My uncle, always the pragmatic one, said that if I was serious I would need to keep meticulous stats.

"The numbers will matter," he said.

Like many dreams and aspirations in my life, the idea of playing baseball faded into the prairie sunset.  But the suggestion from my uncle stuck.  When I began this painting journey I started tracking things in a spreadsheet.  This document is so precious that I keep updated copies on my computer, on an external hard drive and in the cloud.  If I ever lost it, I would be absolutely lost.

The numbers tell us a lot about our business and our impact.  They also suggest trends.  For instance, there was substantial growth in the number of gallery canvas prints that went out of the studio in 2018.  That growth has been consistent over the last three years.

One of the interesting numbers contained in the spread sheet is the total area of all paintings and prints.  In other words, if you were to gather all the original paintings and canvas prints and put them on a wall 20-feet high, how long would the wall need to be?  According to the numbers, it would need to be 3,865 feet long, or well over a half a mile.

Looking back on 2018, it was my most productive year of painting.  That makes sense, as it was my first full year of painting on a full-time basis.  I keep a visual record of the paintings on my website.  I'm still in the process of adding several dozen missing paintings, but I gathered the ones that were posted and created this visual representation of what a year of full-time painting looks like. 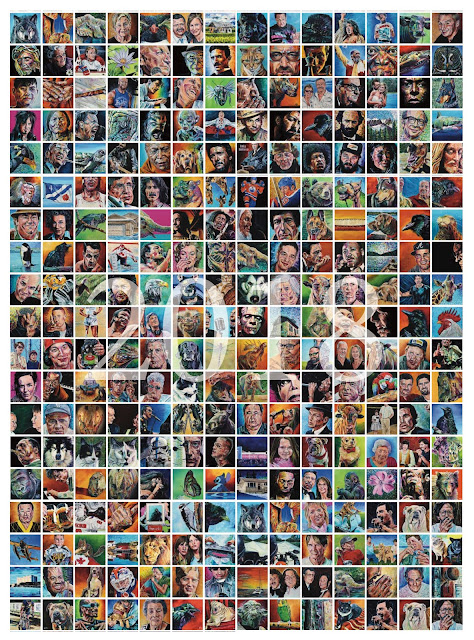 I did 292 original works in 2018.  There are 266 shown above.  The collected works of 1000 would be almost four of these put together.  My mind has a hard time comprehending it. 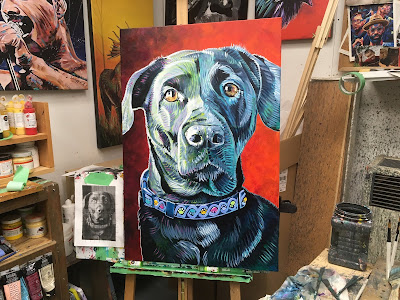 I spent the last day of 2018 working on a portrait of Rosie for my friend Boyd and his family.  They had to say goodbye to this precious member of their family early in December.  After double-checking things on my spreadsheet, I discovered that it was the 999th painting.

In the half sleep of New Year's morning I started reflecting on what I needed to paint to start 2019 and what would end up being the 1000th original work.  Civil rights leader Malcolm X had been on my list for a long time and his was the face that popped up and wouldn't go away.  I didn't fight it. 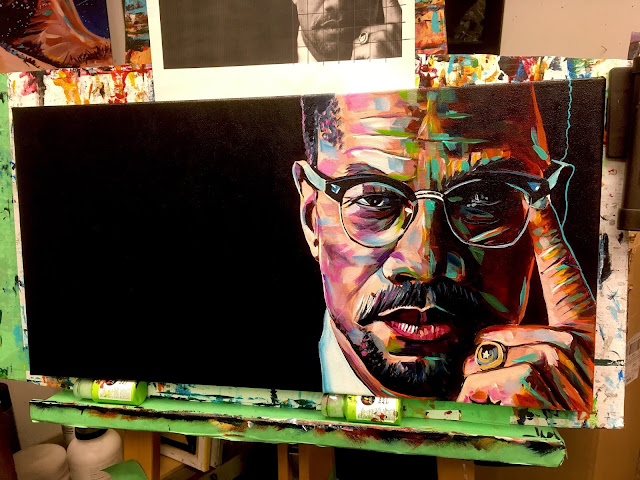 With Heather working on a couple of fantastic mixed media creations in the background, I brought Malcolm's portrait to completion late in the afternoon on January 1st.  It had been a long time since I did a portrait on a black background. 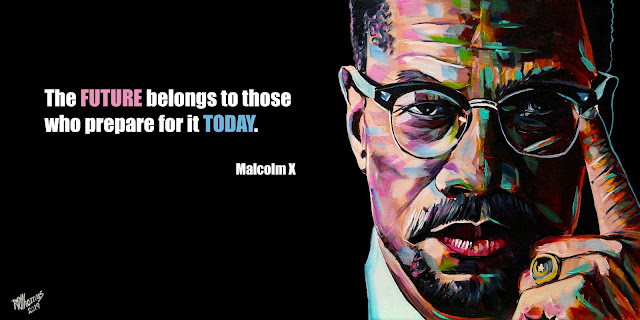 "I'm really proud of this one," I said to Heather as I stepped back and looked at painting 1000.
Email Post