I am a little groggy this morning after having been out on the build site east of Siem Reap all day yesterday (Tuesday) with Ben.  Heather needed to stay back as she battled with a fever.  Being outside in the relentless heat for that many hours had an impact.  We will take today to recover.
It struck me as I had my shower at the end of the day that we get to return to modest luxuries like fresh clean clothes, a comfortable bed, and, in our case, a swimming pool right outside our door.  Tea and Mapp, the father and mother of the recipient family, put their children to bed on hard mahogony slats of weathered floor boards open to the outside air - there are no walls to protect them.
We drove out of Siem Reap on the main highway to the capital city of Phnom Phen.  There were a few stretches of agricultural concerns but mostly it was a continuation of shops, vendors and civilization.  The trip took about 45 minutes.
Driving in Cambodia is very different from what we know in Canada.  It is more organic than organized.  Massive amounts of scooters, motorbikes, tuk tuks, trucks, and cars navigate complex intersections as if they know their collective thoughts.  I described it like the difference between what it feels like to me to shop at my usual grocery versus one that I’m not familiar with.  In the former, everything seems to flow perfectly.  In the latter, there are near collisions and increased tension.  Organic driving continues out on the highways, too.  As a passenger, it’s best to just sit back and trust that all will be well. 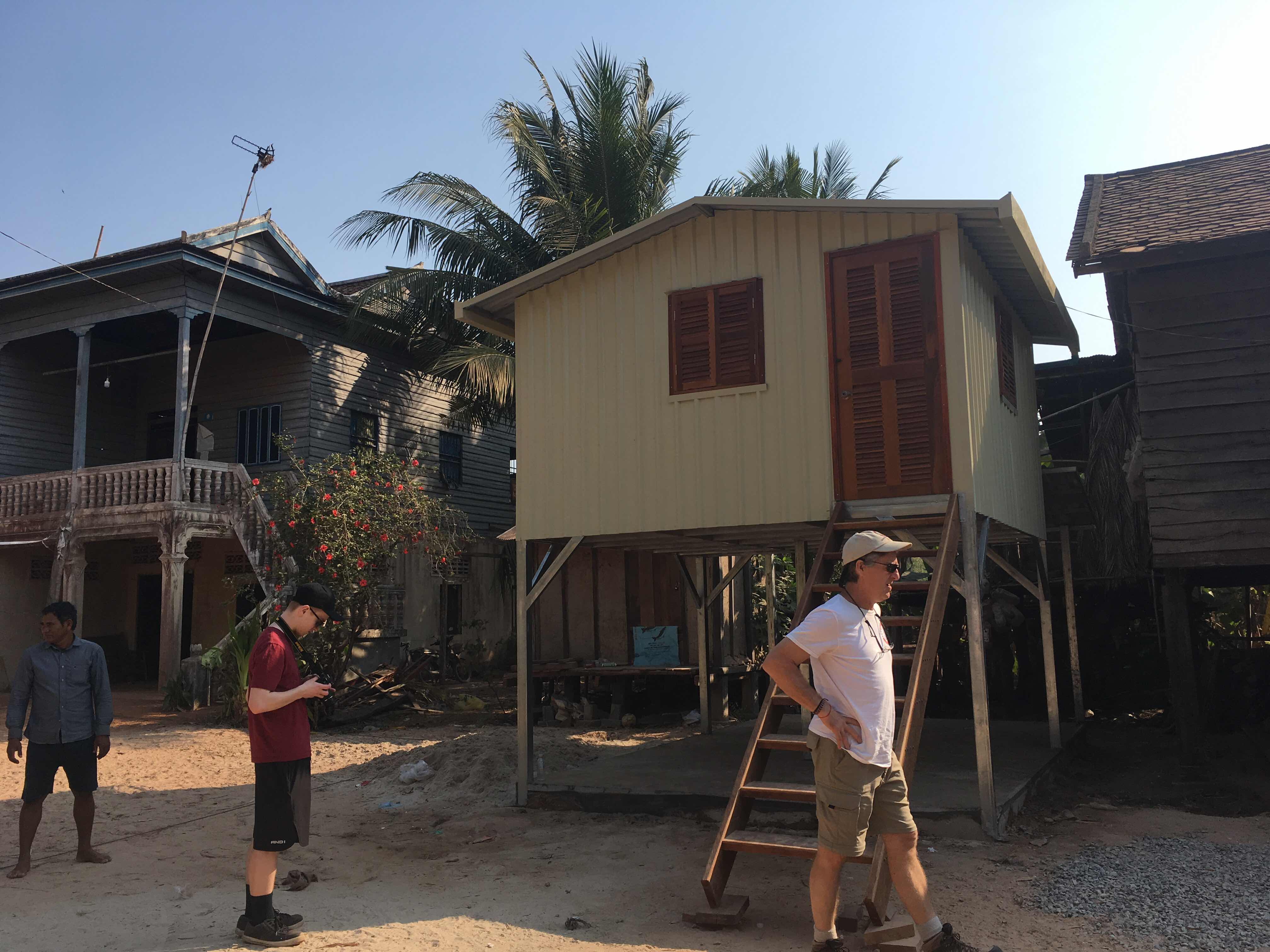 We stopped by the first two houses that went up with Bracelets For Buildings in this two-month building season.  These were both prefabs that went up in a single day with two significant design modifications from last year.  An extra section had been added to provide more living space and custom stairs are being built to be more effective than the step units that came with the homes last year. 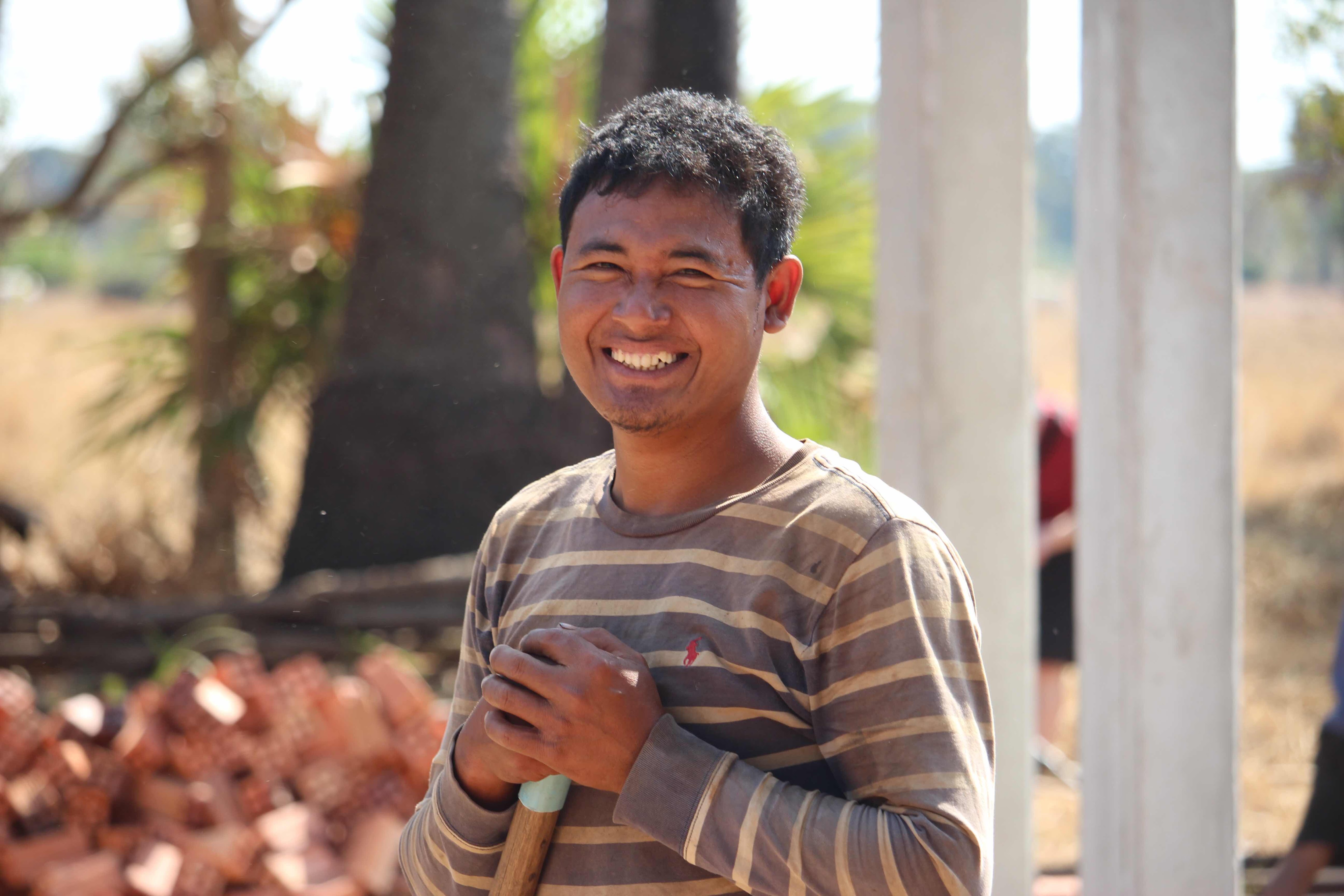 The home we are sponsoring this year, thanks to the generosity of our many clients and friends, is for a family of five.  Dad (Tea) is a fisherman and labourer.  He has a great smile and a warmness about him that seems to turn on quickly.  Tea is also a hard worker and will be doing many hours of sweat equity into building his family a new home. 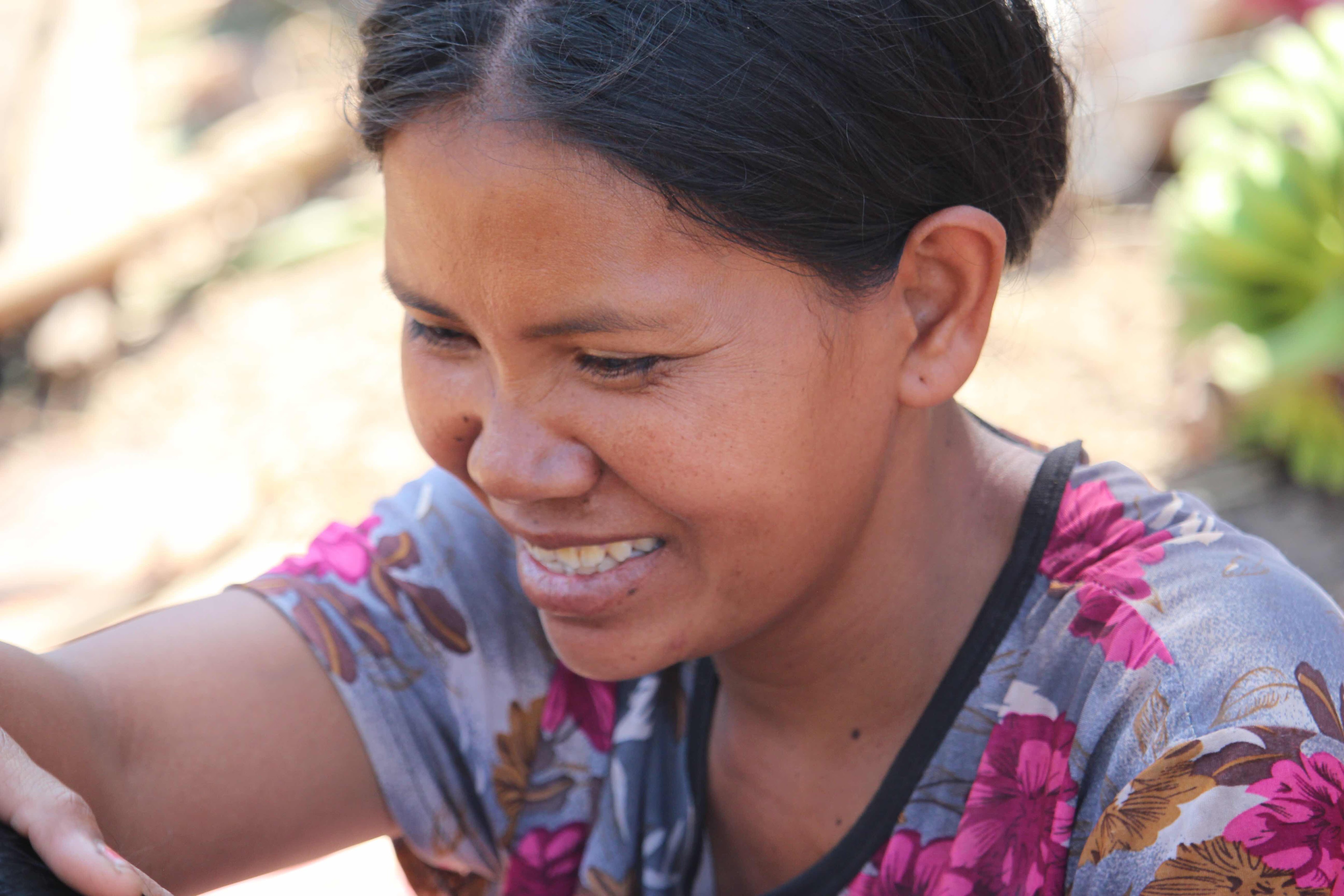 Mom (Mapp) is often stern but has a beautiful smile when it comes out.  She manages all the business that needs to happen, from washing the kids to getting the meals ready.  In the heat of the day I glanced behind me and saw her stretched out with her daughter, coaxing her to nap. 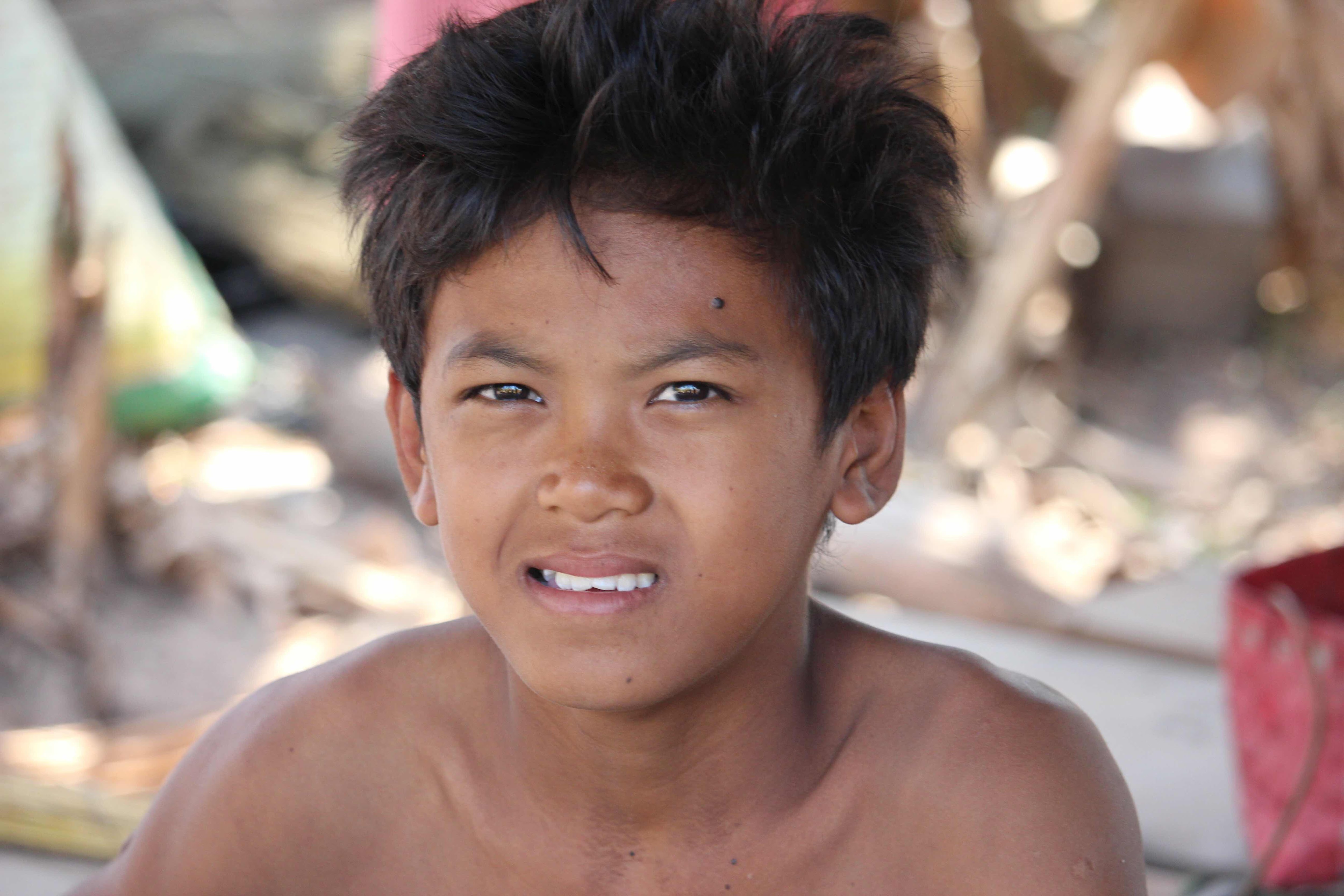 The eldest son is Tim.  We didn’t see him in the morning as he was off at the school, just a short bike ride up the road.  I could tell immediately that he is the other “man of the house”, making sure the other two kids don’t cause trouble.  He seems serious like him mom, but it very courteous and kind. 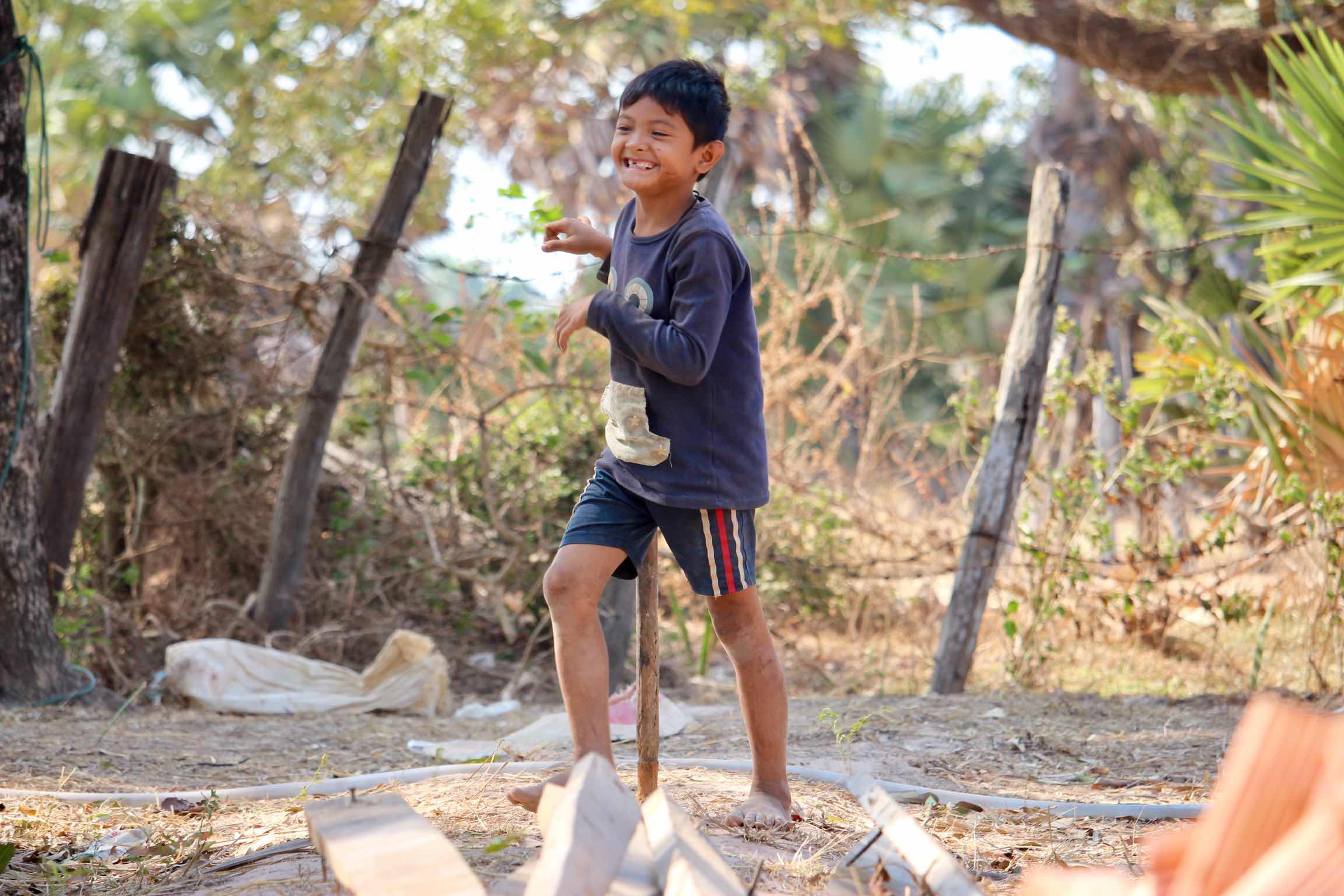 The young son is Tam.  We had a blast playing throughout the day.  At one point, we were in the middle of the field playing a game with a marble.  I would put both my hands behind my back, hide the marble in one, and he would guess which one.  If he guessed right, he would get control of the marble and play the same game with me.  His younger sister stood by laughing, enjoying the exchange of fun.  Tam is all about the fun and adventure.  At one point he had everyone hiding out in the new outhouse structure. 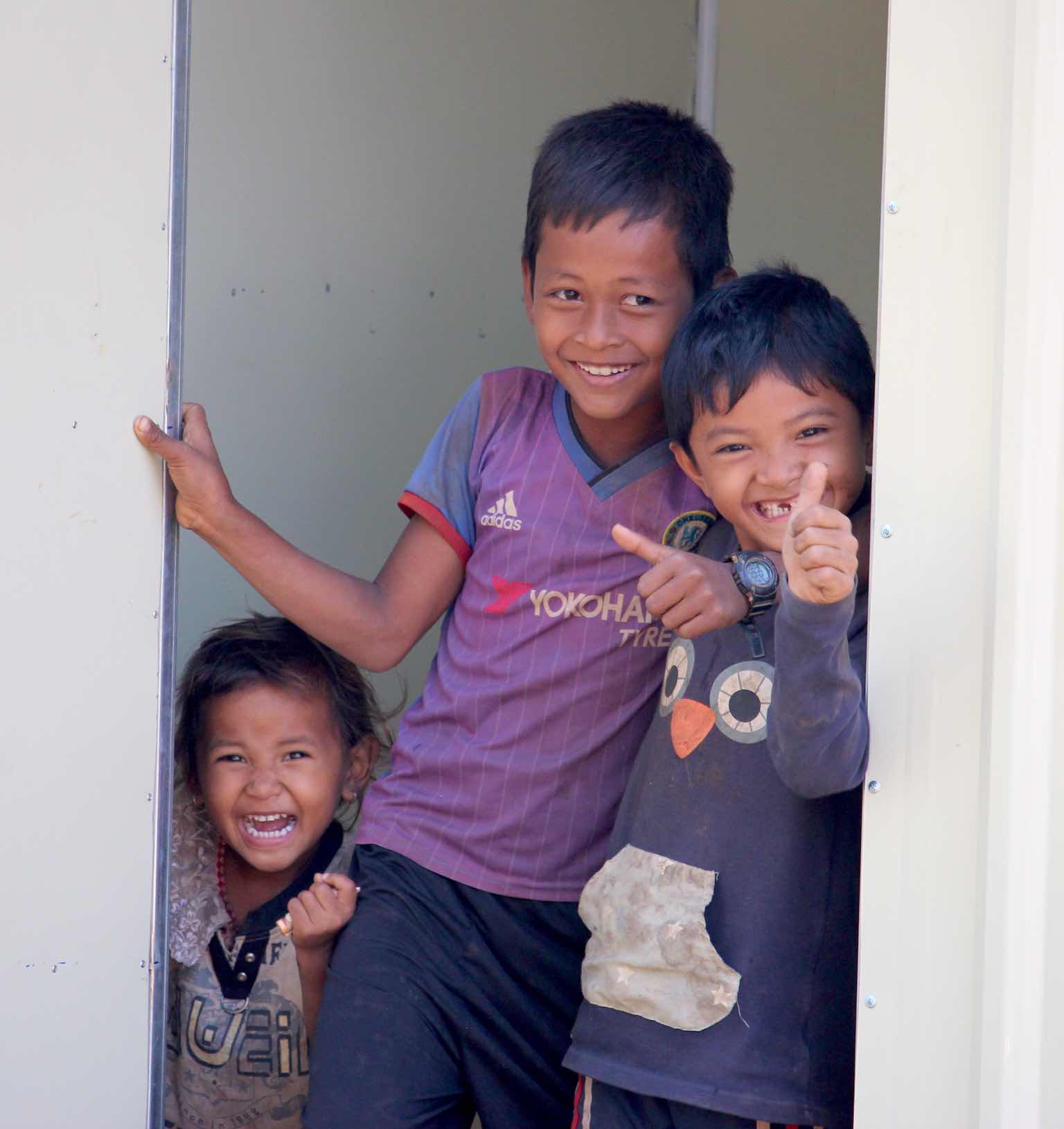 The youngest is Nan, Nin or Nun, I really can’t decide the best way to write it down.  She’s a lot of fun, too.  Her and Tam are hand in glove, never far from each other.  She always kept half an eye out for what I was doing and inevitably we’d find ourselves in a game of peekaboo.

She’s so cute and full of energy. I’m amazed how she and Tam traverse the world around them with no shoes on, seemingly impervious to the hazards around them. 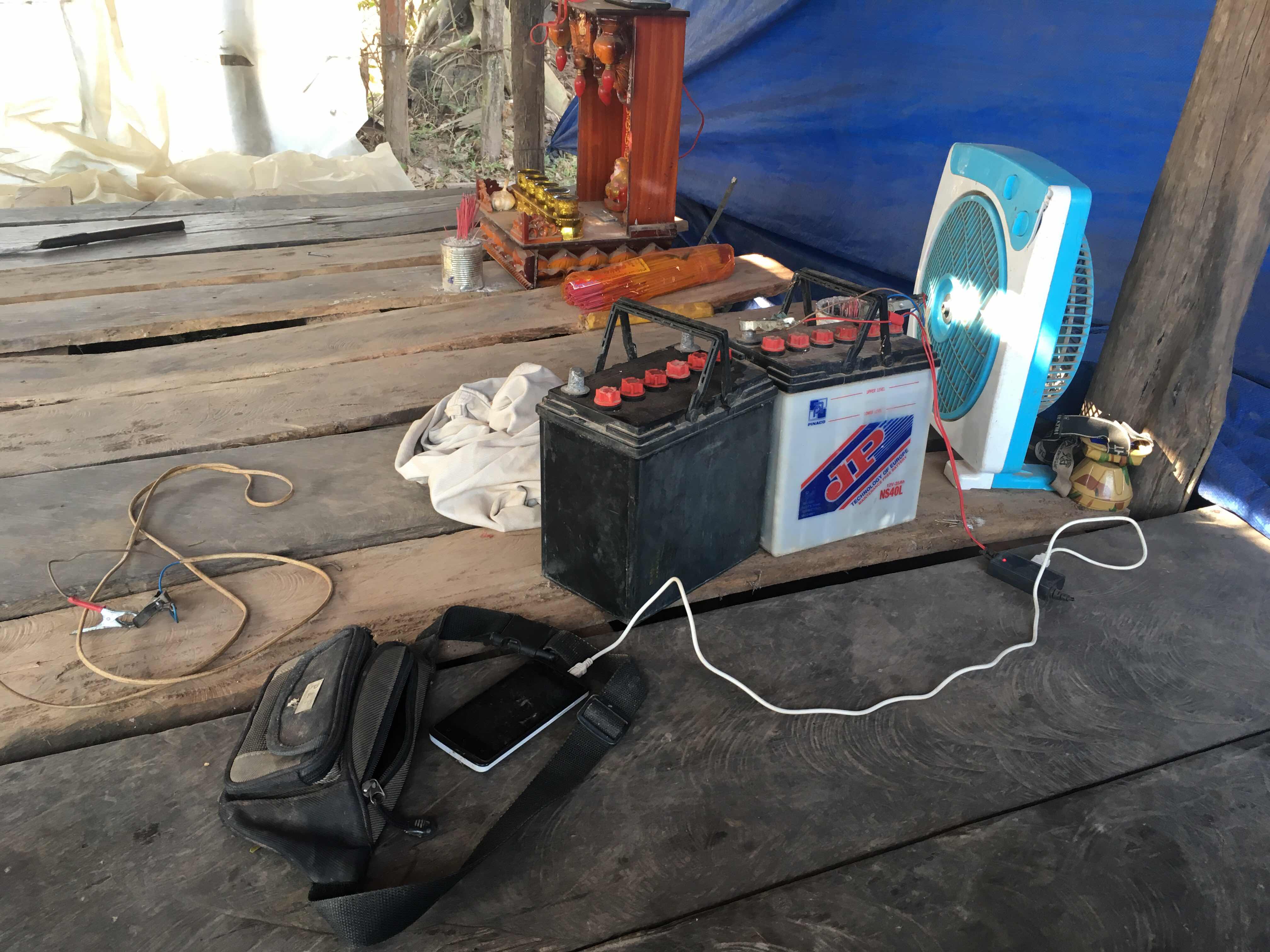 You would think that utter poverty would mean a complete absence of modernity.  However, that is not necessarily the case.  I noticed that Dad, like most of us, was never far away from his phone, except when it was charging up, connected to two batteries. 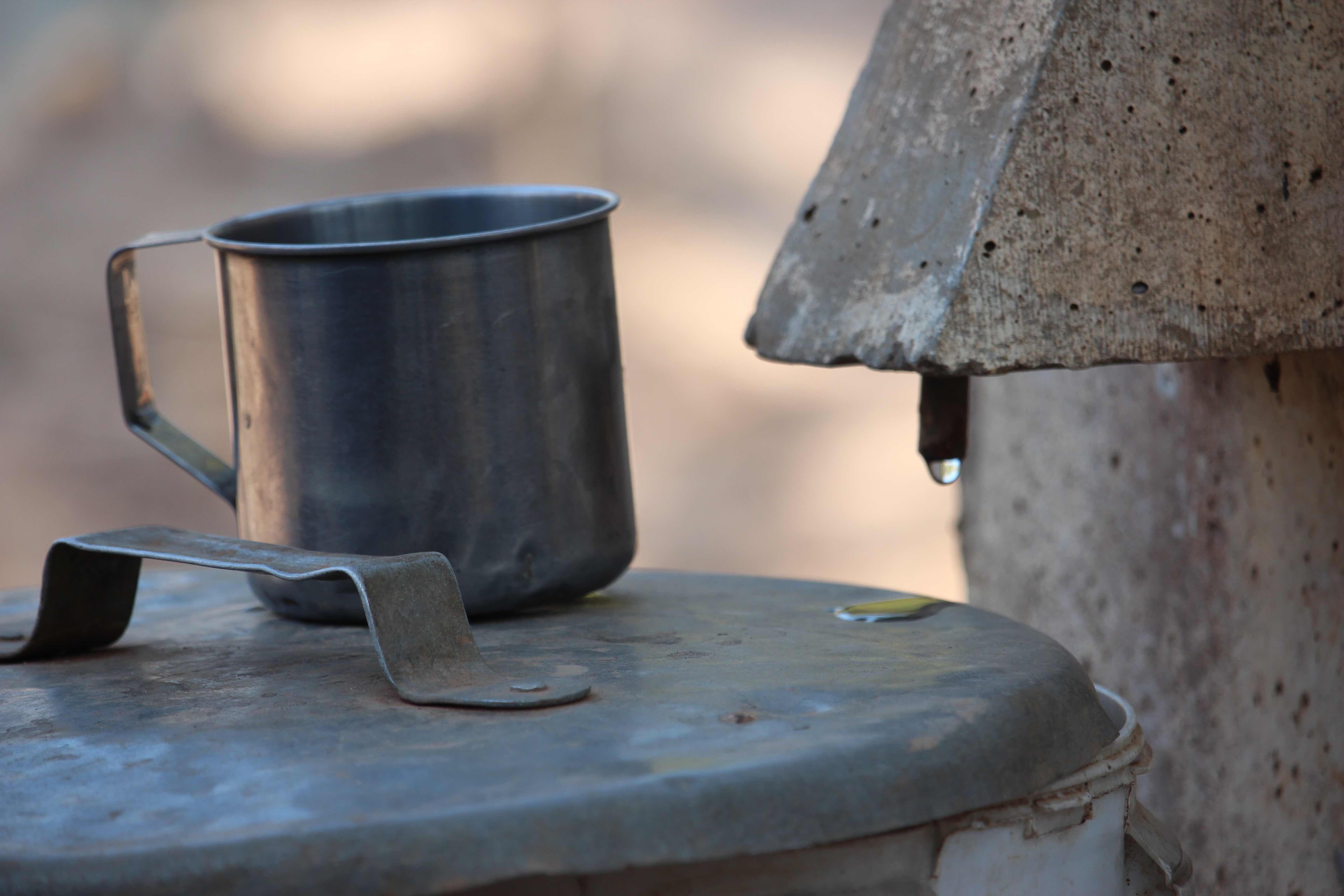 I was fascinated to see how they deal with water.  I saw both Mom and Tim make trips out to the well, about 25 meters away.  They came back with two buckets of water that they then poured into their filtration system, apparently designed by someone at the University of Calgary.  The water goes in, and is naturally filtered by sand and gravel, dripping out into the drinking bucket.  At one point, late in the day, I was out of bottled water.  I said “screw it” and grabbed myself a cup.  It was incredibly tasty. 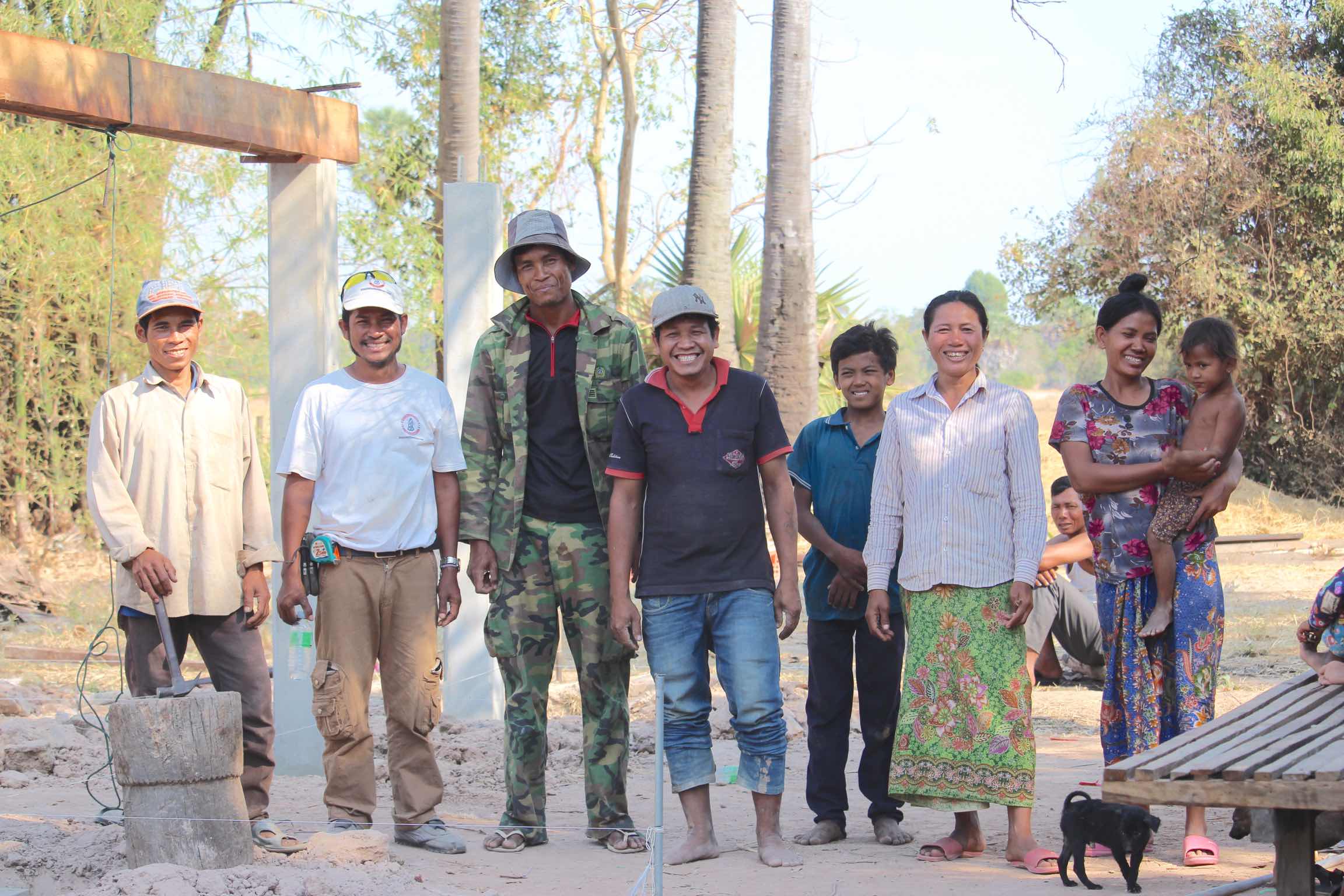 In terms of the house construction, the day was spent getting the six concrete pillars in place and the main beams installed.  Paul’s crew seem to be very innovative and worked through every challenge that popped up, from the drill bit getting seized in the massive mahogany beams to the task of moving these extremely heavy pillars into place.

Today the bulk of the wood arrives and the structure of the walls and roof will begin to take shape.
Email Post