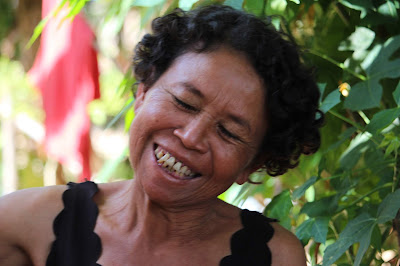 We received sad news from Cambodia overnight that Ms. Mern had fallen ill and had passed away.  She was only 54.  Heng, our main man in Cambodia, shared the news with Kent and Lee who passed it along to us.  With help from so many people, we were able to fund the construction of a new home for her in 2017. 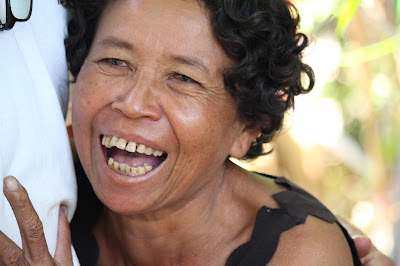 Mern was a larger than life personality and hugged her way into our hearts as soon as we met her.  She was full of smiles and laughter.  At the time, she was living in a home that was not in the best shape, and was cooking some minnows on an open fire for her dog and her pups. 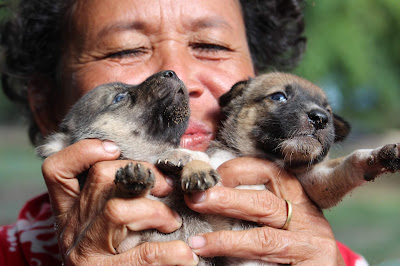 We could tell immediately that those puppies were like her children.  It was Heather's suggestion that I paint her holding one of them. 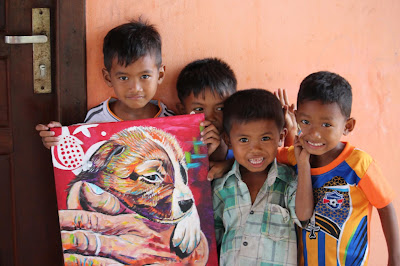 On the day of the blessing ceremony for her new house, Mern was radiant, wearing her best shirt.  She was overflowing with gratitude and surrounded by the love of her fellow villagers. 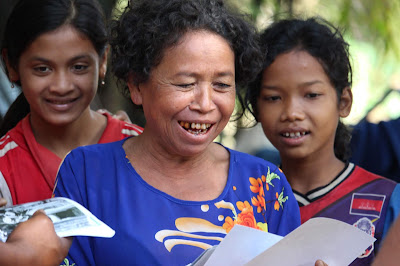 As part of the gifting of a home, Bracelets For Buildings and the ambassadors who contribute, provide a "starter pack" that includes food essentials (rice, oil, and fish) floor mats, mosquito nets, and various other things.  No sooner had we gifted her with those things, she turned around and started giving them to neighbours and friends who had helped her. 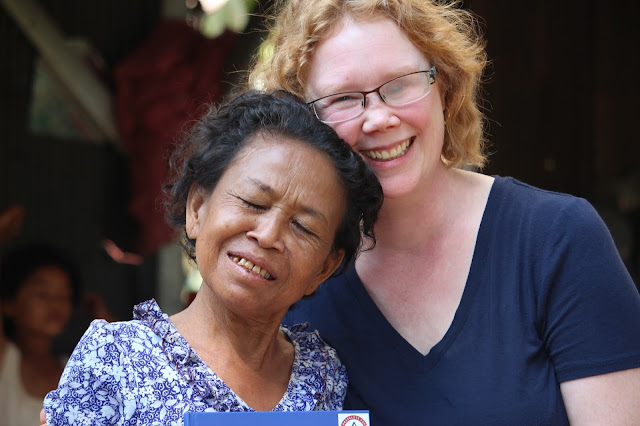 We went back to visit Mern earlier this year, popping into the village unannounced back in January.  The difference in her living circumstances was dramatically positive.  Over the year, she had made some improvements to her home, using some corrugated tin paneling to create some privacy and protection from the elements. 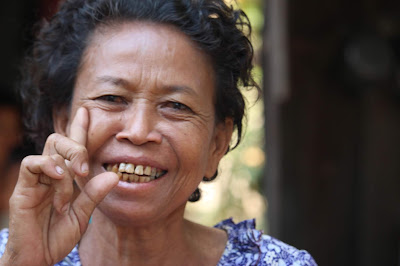 She appears in this video produced by our son Ben, then 15 years old.  She is the one saying "Sabbay! Sabbay!"
Though she lived incredibly poor, she was a ray of sunshine in the world, for her family, friends, neighbours and to us.  We will always carry Mern with us in our hearts.  May she rest in eternal peace.
Email Post