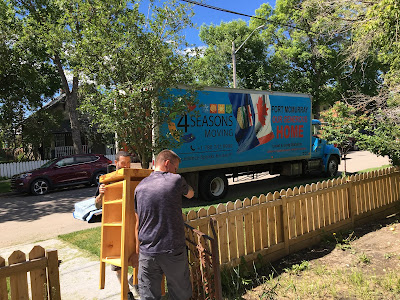 I had one overarching thought yesterday as Jeff and Joe unloaded the 4 Season Moving truck.  How the hell is it that we packed so much stuff?  It's a fair question as we had sold and given away a lot of stuff before leaving Fort McMurray.  The boxes kept coming and coming and coming. 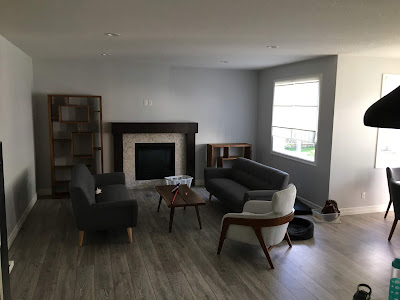 It is now the morning after and we are surrounded by boxes with a number of key functional areas cleared for normal living.  Heather and Ben did a great job with the kitchen stuff.  Most everything is put in the cupboards.  The living room on the main floor is set up and is an oasis for all of us.  Our beds are also set up and provided us a great first sleep in our new home. One of the next priorities will be to create a backyard environment for Coco.  Right now, he is forced to be tied to one of those metal things that you screw into the grass.  He doesn't like the lack of freedom and I don't blame him one little bit.  Speaking of Coco, he has had his first encounters with both a deer and a black squirrel. 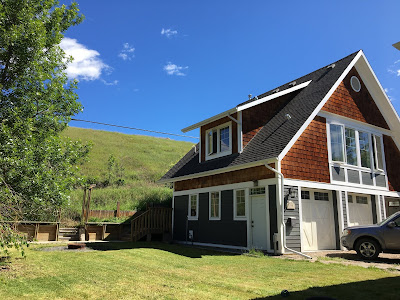 I'm not sure why I felt it was a priority, but I spent several hours yesterday trimming the grass and knocking down the weeds on the property.  Having a nicely manicured place is important to me.  It also gave me a break from lugging boxes from the moving truck.  The new mower is a dream, compared to the one I have been using for over two decades. 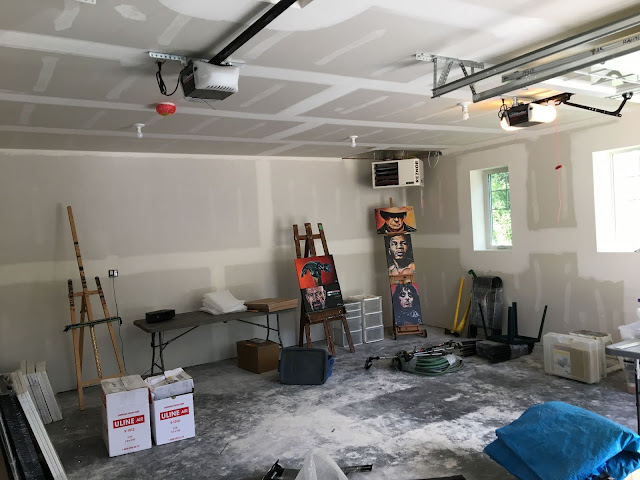 As Birdsong Studio 2.0 will be under significant renovations in the next few weeks, I won't be unpacking a lot of boxes.  I did bring out a few pieces to help communicate a sense of size.  Those prints look tiny in the expansiveness of the space.  My plan today is to gather most everything into the centre of the space to allow the crew to do the electrical work and finishing off the drywall. 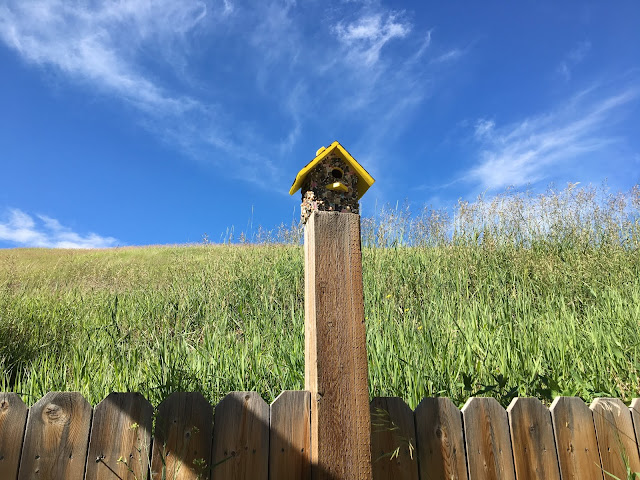 We have lots of birds in the neighbourhood.  Our neighbour has several birdhouses that get constant use.  We have put out one that was gifted to us by our good friend Keri-Anne.  We'll see it attracts some guests in that spot.