I received an email today from my former morning show co-host from Q14 in Stettler, Mr. Dan Chabot. We had previously worked together on Vancouver Island.
ANNIVERSARY NOTE... January 16th, 1991...

It was indeed 20 years ago today.. that the Gulf War began in Iraq, as decreed by then US president George Bush Senior.. We were both at C J A V Port Alberni, B C at the time... At the exact time the war started (at about 4 p.m. that day) guess who was in the C J A V newsroom ? None other than yourself, Russell Thomas... It's in my notes, which as you well know, go back to 1978... Oh, the things I could tell you...

As I've mentioned before on this blog, Dan is a walking time capsule, with an uncanny recall of dates, birthdays, anniversaries and the like. This particular memory would have wafted by me unawares if Dan had not brought it to my attention.

Twenty years ago. So much water under the bridge. In January of '91 I think I was living in a trailer on Sprout Lake, the last vestige of civilization between Port Alberni and Tofino on Vancouver Island. I was making the sum total of $1,000 per month, before taxes, barely making ends meet. I remember clearly and distinctly the intense joy of scraping up enough change to buy cream for my coffee. Those were the days, long before mortgages, credit cards and the ability to splurge on a luxury item without giving it a second thought.

I was doing pretty much everything and anything at 1240 CJAV in downtown Port Alberni: news reporting, announcing, sales, production, copy writing, you name it. In those days, you did what you were told or you were told to find another job. My buddy Dan was the News Director of the station at the time and had likely gone home early in the afternoon after pulling the morning shift. 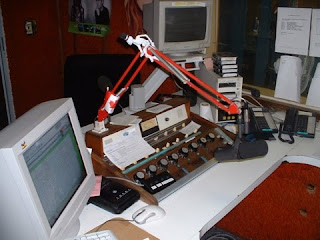 He would have prepared a number of local news items, complete with audio clips recorded on carts, to rotate throughout the afternoon newscasts. We always led local, unless something pretty spectacular was happening on the other side of "The Hump", or in this case on the other side of the world.

I was a portion of the way through the 4 pm cast when Old Ike Patterson, the station manager, slipped a piece of paper to me as I was taking a breath between stories. As this had never happened before, I paid attention, and did a quick scan of what was in front of me while a very pregnant pause inserted itself into my newscast. The 1st Bush had pulled the trigger on the invasion of Kuwait and the seeds of 9/11 were firmly planted in the Middle East. 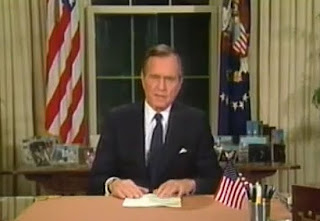 You have to remember that in 1991 we were still pretty old school. Using the Internet to get news was still years off in the distance. The news that people in this isolated mill town got was either from that day's paper or from the radio, and we were it. I ran downstairs to look through my old files to see if I kept that scrap of news from 20 years ago. Somehow, I thought I had tucked it away knowing that it would be interesting to look at down the road. No such luck.

There are a lot of memories associated with CJAV, from orange shag covered walls in the studio to the daily commercial logs, dutifully typed out manually by Old Ike and his wife Linda who Dan tells me passed on from Cancer in September. She was lovely, and they were both hard workers dedicated to running a small town radio station and serving a great community. 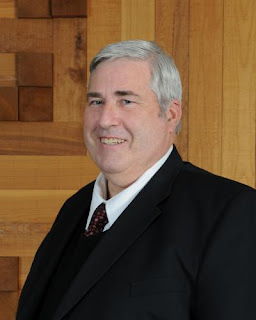 It looks like Old Ike and I have something else in common, besides years of radio memories: according to the Internet he also got into the world of politics and serves as a Councillor for the City of Port Alberni.