Our day driving from Missoula to Billings in Montana did not turn out as we had hoped, though it reminded us of how lucky we are to live in Canada. 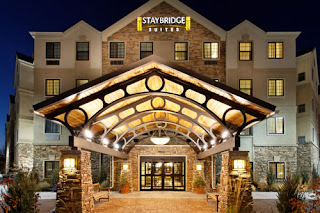 We enjoyed a full and free breakfast at the Staybridge Suites in Missoula - a property that we would recommend strongly for families  - then cut through the hills to Helena where we were determined to try some rock-hounding. 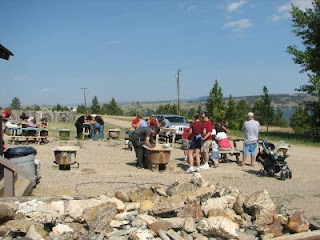 With a name (Spokane Bar Sapphire Mine) but no address, we started weaving our way through the state capital in hopes of seeing a billboard, or something that might suggest where this potential treasure trove would be.  Finally we stopped at a hotel to ask for direction, as by this time we had almost gone full circle in the downtown area.

Directions and an address now in hand, we set out north, past the airport in search of York Road and a lake. We found the latter but not the former, till we circumnavigated the water body and accidentally ran into the thoroughfare we were seeking.  In the end, that didn't help, as the Spokane Bar Sapphire Mine will still being rather elusive.  So, we gave up, by this time getting a little too frustrated for our own good. 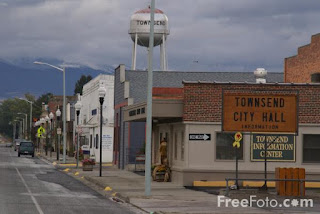 We lunched in the small town of Townsend, stopped at the Yellowstone River to dip our feet in the water, and made it to our hotel in Billings before 6 pm.  It was a full day of driving and we were all ready to get our of the car.

The restaurant recommended by the front desk lady was Fiddlers Green Sports Bar, just down the block, a pub that served families as long as the kids stayed with their parents - slipping into the adjacent casino would not be welcomed.

A little discombobulated that we sitting in a bar looking at a bar menu made us wonder whether we had taken the wrong advice.  But the local brew was cold, crisp and amazingly tasty, and the burgers and pork sandwiches were to die for.  It was a good choice.

The guests sitting next to us who had driven over 700 miles from Wenatchee, Washington that day, were trying to decide on what to drink when Heather suggested the outstanding local brew that we were sampling.  That sparked back and forth conversation that lasted through the entire meal which eventually landed in the realm of the healthcare debate in America.

"We pay twelve hundred dollars a month for our healthcare," said Bruce.

He went on to describe a one-day procedure that his wife had recently had, that despite paying in advance and having insurance, they still got stuck with an additional bill for well over $10,000.

We sat at our table, Dylan included, wondering how we could have fared living in the States.  With Dylan's cerebral palsy, annual requirements for new braces, and more than several surgical procedures - not to mention his initial month-long stay in the hospital when he was born - we would have been in debt our entire lives had we been in the same circumstances south of the 49th.

While I've heard the opposite view of healthcare in the U.S. from people I've met at conferences, Bruce and his wife were living the definitive perspective that dealing with the insurance companies, HMO's and privately owned hospitals was untenable and perilous. 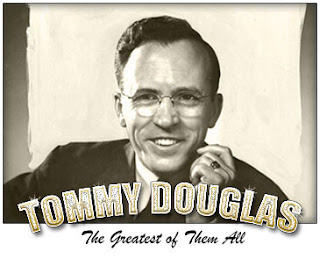 Thanks God for Tommy Douglas, the province of Saskatchewan and the emergence of universal healthcare in Canada back in 1946.  It is something we take completely for granted over 50 years later, but it is a blessing that our friends to the south would love to have.
Email Post