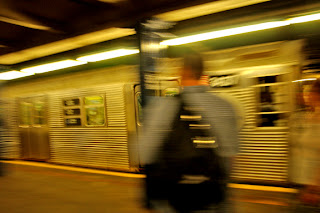 We all have a story of where we were the morning the towers came down.  Undoubtedly the watershed moment of an entire generation, the morning of 09/11/01 is imprinted in our memories and can be summoned up with little effort or searching.

I didn't believe it when I was told what happened.  This was long before the emergence of social media and unless you were a morning television news junkie, chances are that you were caught as unaware as I was, walking into work that morning.

"Did you here the news?" said Natasha.

"A plane has hit the World Trade Center."

At first, the image of a small fixed-wing plane popped into my head, which alone would have been a tragedy but nothing compared to what really happened.

An Edmonton lawyer was working in the Financial District in 2001 and was on the subway heading towards the World Trade Center as I tried to come to grips with what I had just heard many thousands of kilometres north.

His normal stop was under one of the two towers.  But that morning, the unwitting passengers would need to do a little extra walking as the train blasted through that stop, instead pulling into the next station.

Must be having some technical issues at the Tower stop, he thought to himself, not giving the minor inconvenience a second thought.

He joined the stream of people coming off the subway train, darting for the nearest set of stairs to get him up to street level.  He would need to hustle as he was already running late.

Ascending the well-used stairs he glanced up to see the stretching expanse of the South Tower, as United Airlines Flight 173 out of Boston impacted.  It was 9:03 am. 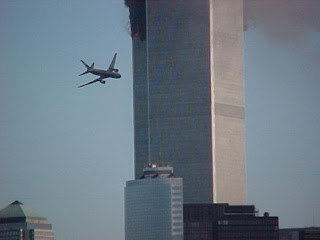 We were watching the coverage on the big screen in the main theatre at Keyano College, shocked, confused, concerned.

I remember feeling so exposed, sitting adjacent to one of the world's largest supplies of oil.  As the World Trade Center attacks were quickly followed by a similar incursion on the Pentagon and an attempt on the White House, all sense of security vanished in the dust cloud as the buildings came tumbling down.

"It was like instant night," said the Edmonton lawyer, recalling the sensation of being in the middle of the disaster that woke up the world.

"The tiny glass particles made breathing incredibly difficult," he said.  "It was awful."

In the inevitable game of What If?, I'm sure he's gone over the distinct possibility that his subway train could have stopped under the tower. What if it had?  Would he have been able to get out in time?

He was lucky.  Many were not.

We watched the coverage all that day and into the next as we entered a post 9-11 world. 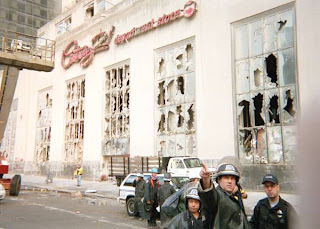 Almost 10 years later, we stood in Lower Manhattan looking across the street at the spot where the towers once stood.  We were doing some shopping at the Century 21 department store, whose windows were shattered by falling debris on that dreadful day.

We stood there and remembered, as we do again on this morning, 11 years after the world changed.
Email Post