I was so thrilled to see the return of the Suncor Energy Homegrown Talent Search to the 2013 edition of interPLAY.  Started in 2005, this programming addition solved a number of problems for us - I spent 15 years on the organizing committee of the event - and formed the foundation of some of the most successful iterations of Fort McMurray's signature summer festival.

The talent contest did a number of important things to inject energy into interPLAY:

As I took a sweep through the pictures going back eight years ago to the first year of the contest, I was delighted to see many examples of artists who have gone on to build careers for themselves.  Fledgeling  singer/songwriters, dancers, and actors have gone on to make an impact across Canada, and in some cases, across North America. 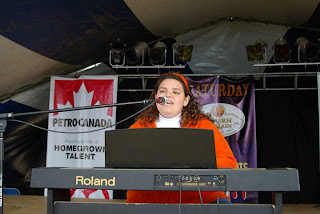 There are many memories that leap out for me; I'm sure there are many more that jump out for others.  Karissa Sovdi inspired tears with her self-penned song that earned her first place in 2005. 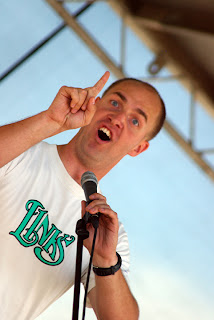 Tim Heggie made me laugh out loud with his monologue that dripped with more acting talent than I had seen in years.  The fact that we got to play together in Hometown...The Musical! many years later was a great thrill for me. 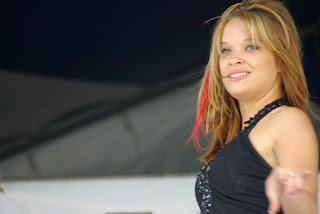 Ayah Sutton, a child of interPLAY- her mom and dad were stalwart volunteers during our formative years and she was a Children's Theatre Camp kid - made me incredibly proud as she won top honours in 2007.  She is currently working professionally in Vancouver. 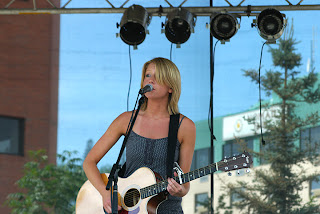 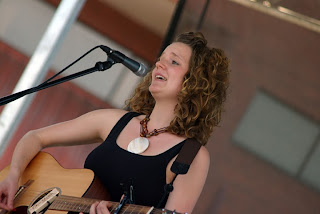 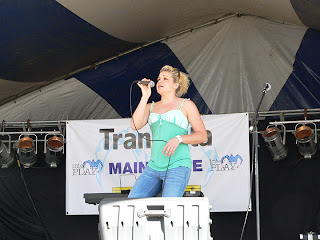 Participants who have become local music icons took their turns on the Homegrown Talent Search stage including Amy Heffernan, Amber Marie (Lily Hall) (winner in 2011) and Shantelle Davidson, among many others. 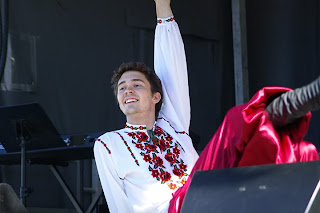 Multi-talented Jeff Hoffman - seen many times over the years in Keyano Theatre Company productions, the most notable being his turn as Billy Flynn in Chicago - shared his Ukrainian dancing prowess, one of the top finalists in 2010, the 20th anniversary edition of interPLAY.

Registrations are now being accepted for the 2013 Suncor Energy Homegrown Talent Search.  The preliminary round will start at noon on Friday, August 9th on the main stage located in the parking lot at Keyano Theatre & Arts Centre.  The semi-final round will happen on Saturday with the finals slated for Sunday.

Based on my brushes with mind-altering talent at various events in the past year, this should be a show not to be missed.  The top prize and Homegrown Talent Search bragging rights is worth $2,500.