A couple of years ago in the fall, I would get up at the crack of dawn and make my way over to the Country 93.3 radio station to do a United Way Radio Auction update with Pete Potipcoe.  On several of those mornings, a lovely dog named Toda was there, keeping his friend company and recovering from some health issues.  You see Pete didn't want Toda to be alone at home when she was not feeling well, so he brought her to work.

Last week, Toda's health and age reached a point where he had to put her down.  I don't care how tough you think you are, but putting down a family pet is one of the hardest things you'll ever have to do.

Arianna Johnson from the Wood Buffalo Food Bank reached out to me the other day to see if I could do a painting of Pete and Toda.  On so many occasions and in so many ways, Pete, through his role as a morning radio personality, has helped the Food Bank.  Arianna wanted a way to offer something back.

This is how this special portrait came together. 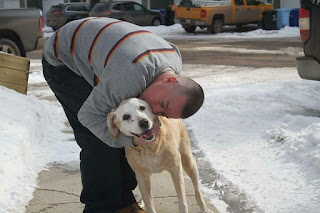 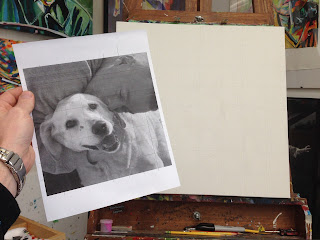 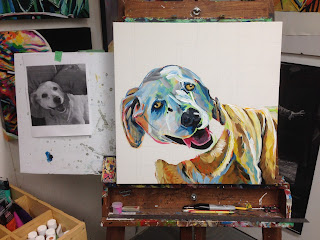 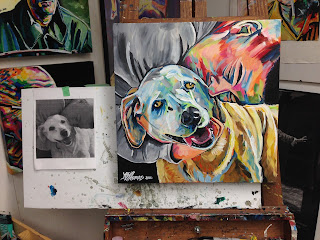 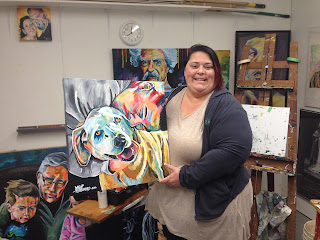 I hope this special keepsake helps kindle great memories.  It is imbued with gratitude and affection from Arianna, the team at the Wood Buffalo Food Bank, and from me.