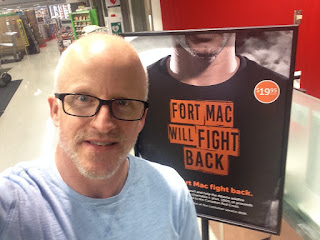 In the arc of this crazy month, stress seemed to come in waves.  It was intense in the first hours, as we fled to safety.  It eased as the danger was in the rear view mirror.  It returned as the reality of a long-term evacuation settled in and we had to go shopping for basic supplies.  It waned as our displaced life normalized.  It is returning now, as the countdown runs out on our return home.

I can't imagine what the people in the most affected areas are feeling tonight after finding out that their homes, which are intact, are not habitable owing to toxicity.  They had spent the better part of two weeks imagining their return just around the corner.  That return will be very different than they pictured, complete with PPE, a respirator, and the opportunity to grab precious belongings.  Their opportunity to permanently return is still off in the distance.

I have read through the re-entry booklet several times, slowly absorbing the information.  And while I don't have an exact supply list, I have a sense of the bare necessities we will pack into the cooler we borrowed from Heather's parents before leaving Edmonton early on Wednesday morning.  Seeing photos of fruits and vegetables in the downtown Safeway filled me with hope earlier today. 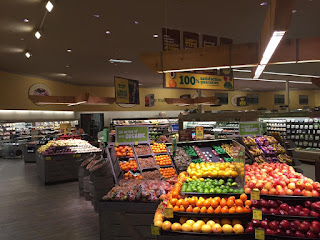 Some people are angry, lashing out in social media about multiple aspects of this disaster.  Others are incredibly sad, quick to cry, and prone to depression.  Some are super action-oriented and just want to roll up their sleeves and do something....anything.  We all process grief and trauma in different ways.  There is no right way or wrong way to deal with a month (or more) of being displaced from our homes.

My hope is that we can be extra patient and kind to our friends and neighbours as they walk their unique path through this experience.

The next 48 hours, for us, are going to be rather unpredictable.  I'm doing a live painting fundraiser with my friends at Venture Publishing and Alberta Oil tomorrow morning.  It's their annul 200 Luncheon and the ballroom at The Westin will be full of oil execs as I do my thing.  A portion of each ticket is being donated to the United Way.  The portrait that I will do will be auctioned off by Publisher Ruth Kelly at the end of the event with all proceeds going to the www.unitedforfortmcmurray.ca campaign.

Who am I painting?  Great question.  I've decided to do a tribute portrait of Gord Downie of The Tragically Hip.

First, shortly after news broke about his incurable brain cancer, suggestions started coming in for me to honour him with a portrait.  I said I would; so now I am.

Second, Mr. Downie is demonstrating incredible courage and resilience at a time of great hardship and uncertainty.  I think thousands of residents of Fort McMurray have been doing the same the last month.

Lastly, I want to raise as much money as possible and I think people at this event may be interested in this particular subject.

As soon as the event is done, Heather and I will be packing up our stuff and hitting the highway for Edmonton.  We'll stay the night there before doing the final leg up Highway 63 with the first wave of residents living in Zone 1.

"Do you think you'll get emotional when you get there?" asked one reporter today.

"I honestly don't know," I replied.

And I really don't.  That said, I couldn't have predicted the dozens of times I cried over the past four weeks.  I found myself with tears flowing down my cheeks listening to Prime Minister Justin Trudeau making a speech from Fort McMurray.  I don't know why; it just made me incredibly emotional hearing him talking about our community in our community. 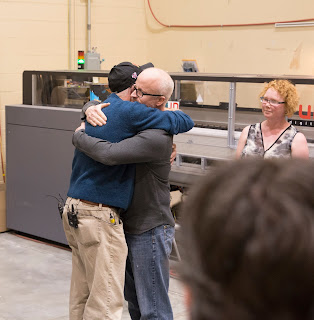 We're all going to react in different way in the next days, weeks and months.  Let's be patient with each other.  Let's be mindful of our friends and neighbours.  And let's exercise an extra dose of kindness as we recover from this disaster together.