Going back is really about going forward 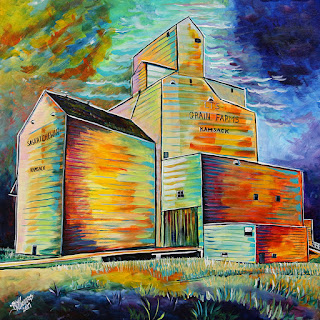 It has been over 30 years since I left my hometown of Kamsack, Saskatchewan to pursue my adult life.  My education and work took me to a variety of communities - Saskatoon, Fort St. John, Parksville, Port Alberni, Stettler and Drumheller among them - before landing in Fort McMurray in 1996. This place has been home the longest now, although there is still something special about going back to the town in which I was raised, and the home I grew up in.

My older son Dylan and I went back to Kamsack for a week.  It was the first time back there in the warmer months in a number of years.  Free of snow and cold, there is more to see, experience, and remember.

Like people, towns change.  I am not the same person that I was when I left in 1985, nor is Kamsack the same town.  Vibrant businesses then, are boarded up and abandoned now.  New businesses have popped up, new people have arrived.  Kamsack has moved on, into a new era, filled with different challenges and opportunities.

We stopped in Stettler on our way to Red Deer to pick up Ben at Artstrek.  I was in that community for a shorter time than in Kamsack, but it was still three years, and going back was still a bit bizarre.  Like an experience I had many years ago when visiting Parksville for the first time in over a decade, I had a hard time reconciling my memory of the town with the town we were driving through.  There were flashes of familiarity, but less than I expected for having invested so much of my early adult energy there. 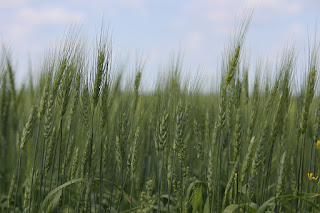 The AHA moment I had driving back to Fort McMurray was that the time has come to shift my mindset when travelling back to Kamsack, through Stettler, or other communities in which I have lived.  Those trips shouldn't be thought of as "going back", rather, about "going forward".  Instead of bemoaning how much has changed and trying to find the visual cues to what once was, I need to embrace what is and celebrate the fact that things have moved forward.

Imagine moving away from a place, then going back 30 years later, only to discover that everything is exactly the same.  While a part of all of us wishes it could be so, it would feel like the Twilight Zone.

That long drive to and from Kamsack provides a lot of time for reflection.  I've made the trip, from various starting points, dozens of times over the decades.  There are so many markers along the way: the Santa Claus at Watson, the absence of anything at Tiny, and the familiar motor inn in Canora as you turn East for the final stretch to the Assiniboine River Valley and the town of my birth.  I believe the visual connectors, and the million more that are in and around my parents' home, tend to take us back, but in another way move us forward. 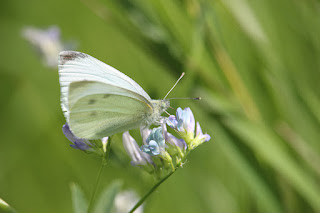 I am grateful for a lot of things when I get to go back to Saskatchewan.  Primarily, I'm grateful for my parents, their love and their health.  Perhaps because of their vitality, I still had this childish feeling of going home to Mom and Dad.  I'm 50, but I still felt like a teenager inside.  I sincerely enjoy my time with them and with the people of Kamsack.  There were lots of chats and hugs, quick hellos and hearty handshakes. 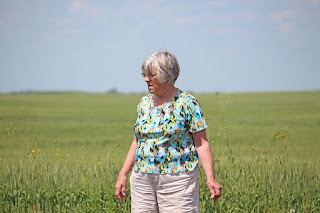 I am also grateful for the place; what is was then, what it is now, and what it will become.  I think entrepreneur Rob Ritchie sees something that is floating off in the future: an inevitable out migration from big cities to small towns and simpler way of life. He is investing in his hometown in a way that is rather inspiring and insightful. 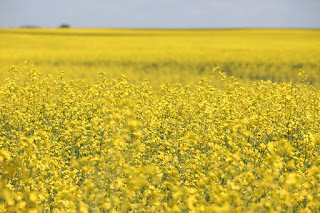 I am a prairie boy at heart.  Sitting in the shade in a farmyard south of Veregin on a hot summer's day, listening to the wind and the birds, staring out at a bright yellow canola field, was about as close to perfect as I'm going to get. 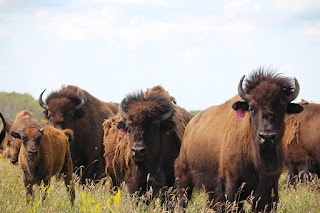 While the community has changed, so too has the business of farming.  Family farm corporations are farming massive amounts of land, employing scores of people.  Farming technology and innovation continues to explode as does the choices of what to plant or grow. We saw fields of peas and pastures full of bison, two sights that would have been unthinkable 30 years ago.  Farming is moving forward, too.

Thank you to everyone who contributed to making our time in Kamsack wonderful.  Big thanks to my son Dylan for joining me on the journey back.....oops.....I mean the journey forward.
Email Post