We have been having consistent problems with our printer.  It's one of those wireless units that sits in a central location and we can print to from anywhere in the house.  However, over the last year, getting it to print has required turning the power off and on, rebooting the modem, and various other ploys to get it to connect.  On Friday, I wanted to print a picture I had taken of a bulldog that had visited the neighbourhood earlier in the day.  I needed something fun to do to close out the painting day.  No matter what I tried - and I tried it all - I couldn't get the printer to do its thing.

I threw up my hands in defeat and went out to the studio and started thumbing through a big pile of source photos that have collected over the last three years, some from past workshops, others just ideas of things I eventually wanted to try.  That's when I saw a printout of Kurt Cobain's picture.

I last painted Mr. Cobain in March of 2015, over two years ago.  It was an important piece for me as it elicited a great response, including one from a person who asked why I didn't have a Facebook page.

"What a great idea!" I replied.

At that point, I was only posting to my personal page, and only those folks connected to me were seeing what I was doing.  That changed on that day I painted Kurt Cobain aa I immediately started the Russell Thomas Art Facebook page.  It was a game changer in many ways, as it allowed people from across Canada and locations around the world - one of my aunts shared with me that a friend of hers from Germany is a big fan - to easily follow me.

Going back to the same subject, albeit a different composition, illustrates clearly how my style has evolved; it also suggests how it will evolve more, in the years to come.

This is the first Kurt Cobain. 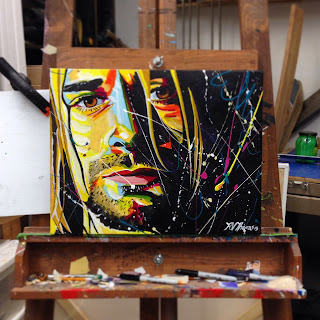 Here is the one I finished yesterday morning. 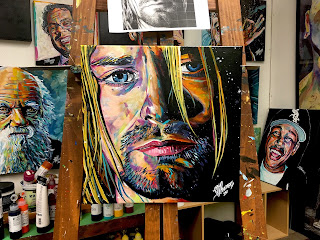 The style shift is striking.  I can't imagine painting like I did back in the early days.  Techniques that I've pick up along the way are now engrained and would be hard to unlearn.

"I imagine the subject with no hair," I said to a 14-year-old artist named Ella last night at a dinner party.  "I didn't do that when I started painting."

This is what Kurt Cobain looked like before the hair was applied. 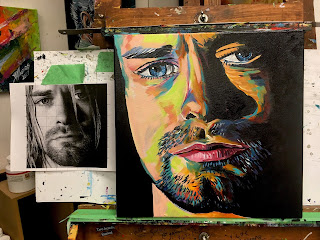 Here is the total evolution. 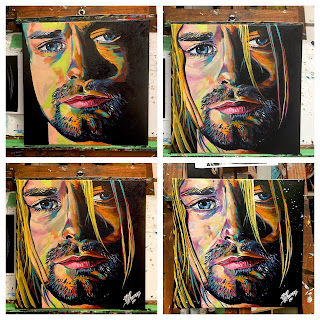 I think the point of this post is that I keep learning and trying.  How I approached a subject two years ago is vastly different than how I approached him today.  I wonder where he would end up two years from now.  It will be fascinating to find out. 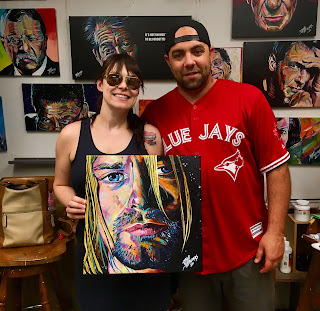 Several people have reached out want to buy this new portrait of Kurt Cobain, but I might as well share that Terri and Justin scooped it up right away.  It will be going up on the wall at their rebuilt home when they move in a couple of weeks down the road. 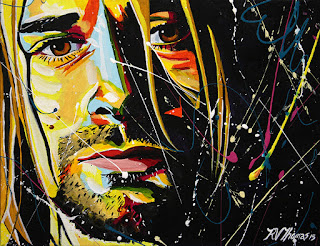 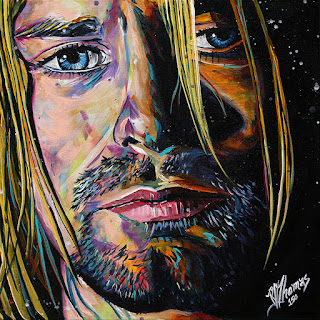 
By the way, I ended up going out and buying a new printer in the end.  The lady at Staples diagnosed the issue immediately, saying the network card had failed.  The cost to replace that just didn't make sense.  I got a new printer, set it up, and quickly printed out the picture of the bulldog that I was longing to paint.  This happened yesterday. 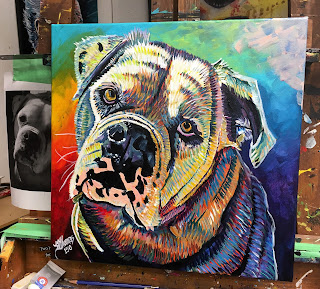