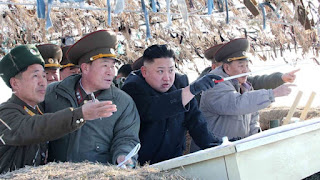 I've been thinking a lot about my 15 year old self and how he would react to what's happening in the world right now.  Concurrently, a massive storm is bearing down on the Caribbean, North Korea is playing nuclear chicken with the United States, and an unapologetic president wants to give up on 800,000 young people with the cancellation of the DACA program.  And that's just the tip of the iceberg as to the crazy stuff that is happening around the globe. 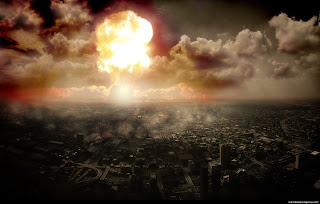 My 15 year old self would be all up in my head doing scenario planning, worst-case outcomes imagineering, and severely lacking in quality sleep.  To be blunt, I would be pretty strung out and worried.  My 50 year old self is having a very different reaction. 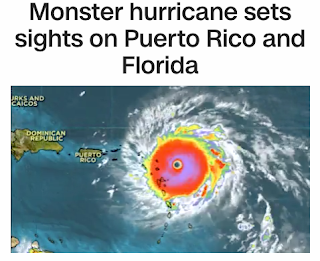 After a half century of life I've learned that geopolitical upheaval and catastrophic natural events are beyond my control.  What's going to happen is going to happen.  The determinator of the future is how we all react to whatever is put in front of us.  In that respect, I've become a rather dispassionate observer of world events.  In fact, I think the last time I was truly unnerved was when a couple of planes were flown into the World Trade Center towers back in 2001.  Even then, I slept pretty soundly.

Ever so ironically, I had a very broken and unsettled sleep a couple of nights before the evacuation of Fort McMurray last year.  On the night of May 1st, the day the Horse River fire started, I had this feeling in my gut about the need to protect Heather and the boys.  I wasn't all up in my head, I was someplace else.  I had a visceral foreboding that I couldn't shake.  Two days later, 200-foot flames would stand between me and my driving determination to protect my family.

My 15 year old self is a person of a different time: pre-Internet, pre-email, pre-digital downloads, and pre- a million other things.  I do wonder how the 15 year olds of today are coping and processing everything happening around them.  How are they managing with the daily onslaught of news, disasters, and global thermonuclear drama?  If you have one in your home, it might be worth a quick check in.  Verbalizing what I was feeling all those years ago might have really helped me process things more effectively.
Email Post