Return to the rhino 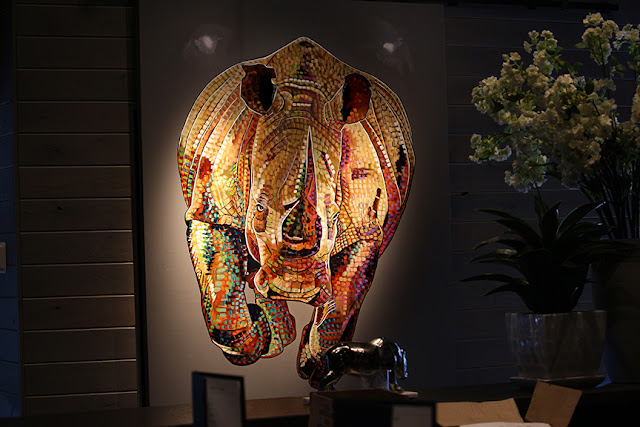 I tried a couple of different ways to get a decent photo of the rhino mural that I did in the bar at Earl's Fort McMurray.  No matter what I tried, I could get a shot that would be useable to make canvas prints.

As Stu and the team at Earl's had done a little fundraiser for the United Way of Fort McMurray and Wood Buffalo during the evenings that I was doing the painting, I wanted to do a fundraiser of my own.  My intention was to offer gallery canvas prints of this painting with net proceeds supporting the 2018 community campaign.  However, short of unseating the sliding door panel that the mural sits on and dragging it outside for a photo, it wasn't going to happen. 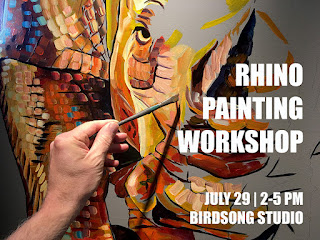 When Christina reached out to ask if I had any workshops planned for July, I saw an opportunity.  I would feature the rhino as our subject and I would do a second version of the Earl's rhino, but on canvas this time, so I could get a great photo of it and move forward with the fundraiser. 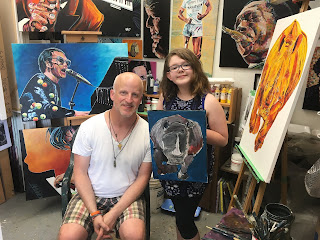 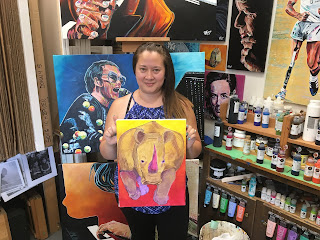 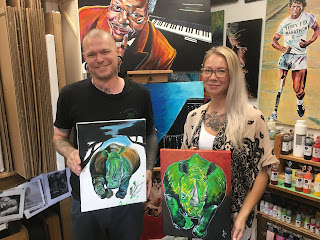 Christina, Sheena, Aaron, and Olivia all participated in our Birdsong Studio rhino painting adventure on Sunday afternoon.  They did a great job finding their artistic grooves.  I continued painting mine well into Monday.  I finished it up yesterday evening. 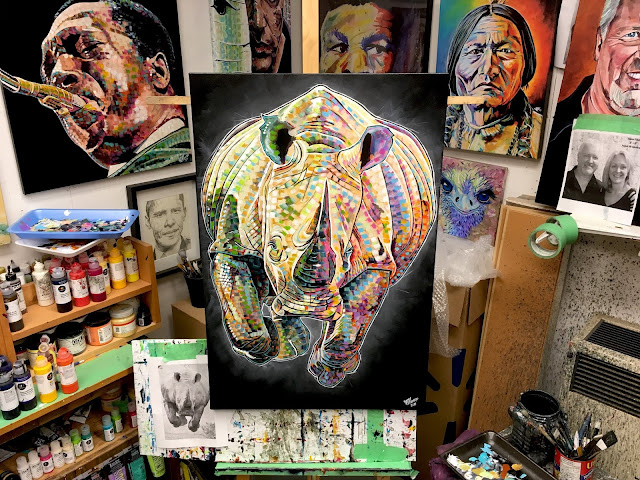 I will be taking an archival photograph of it later today and putting together details of how you can buy a print and support our local United Way campaign.  Stay tuned!
Email Post