Five local fire fighters are camping out on the roof of Tim Horton's up in Eagle Ridge, braving the broad mix of offerings that Mother Nature dishes out at this time of year.  I was invited by Scott Germain (one of the organizers), to come up and paint with the crew, to help raise money for the five charities that they will be supporting with their efforts.  Waypoints, Boys and Girls Club, Centre of Hope, SPCA and the Food Bank will all benefit from the efforts of these fire fighters and the generosity of the many people and organizations who will step forward to donate. 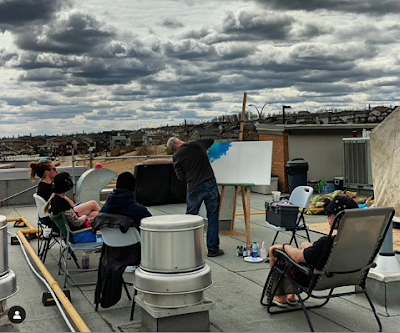 As the wind picked up shortly after I arrived, we moved the easel in front of their tent to prevent it from falling over.  Trent, Danielle, Kelly, Trevor and Jonathan formed a semi-circle with their chairs and watched as I laid down the first two layers of teals and blues to form the background.

Several volunteers to come up and help. 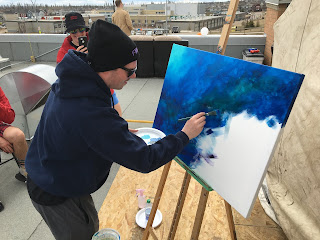 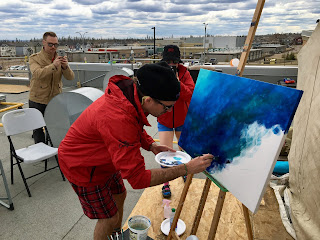 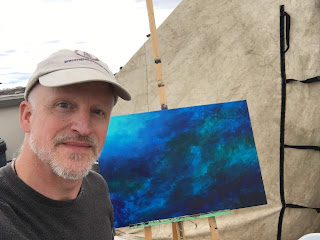 The background done, we began the process of adding complimentary strokes of colour over top.  Radio personality Shauna MacKinnon even added a few brush strokes before she started her broadcast in support of the Rooftop Campout. 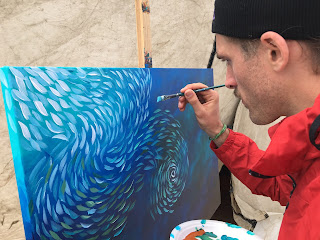 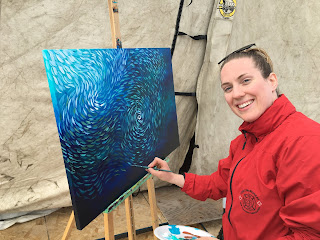 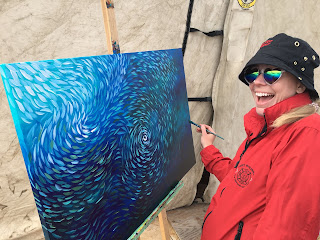 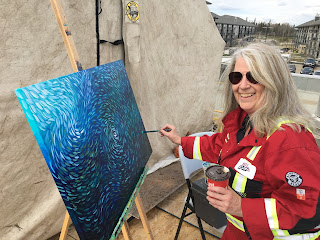 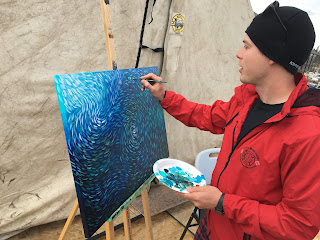 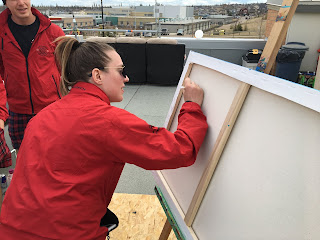 When it was all done, I flipped over the canvas and had each contributor add their initials to the back. 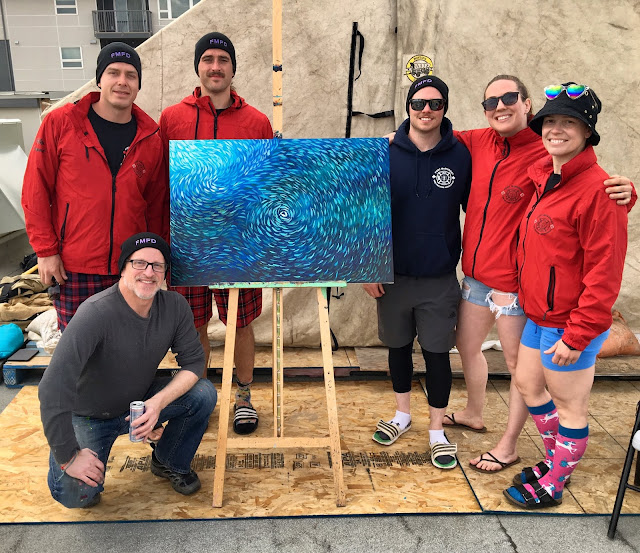 This was a fantastic afternoon of working together as a team to create a 24" x 36" piece of art that we will call "Infinite Seas".  It would make a marvellous feature piece in a living room or dining room, and would come complete with an intriguing story of how it came to be created. 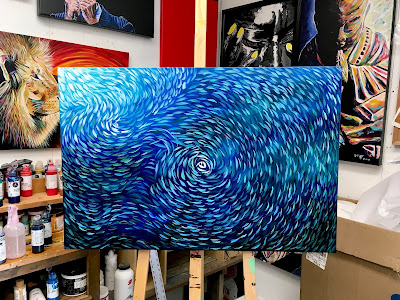 "Infinite Seas" is on auction on my Russell Thomas Art Facebook Page until Friday night at 9 pm MST.  All sale proceeds will be donated to the Fire Fighters Charity and forwarded to five local charities.
Email Post