Two things struck me during our short holiday in Crowsnest Pass over Christmas.  First, is that we are approaching the end of a decade.  That blinding flash of the obvious should have hit me a long time ago, but it had not.  Second, is that there is great beauty in the night sky.

Tom Power on CBC’s Q was waxing eloquent about the decade and some notable things that have happened in the last 10 years in terms of pop culture.  That was my cue that some deep reflection needs to happen.  As we flipped over to 2010, I was still working for Keyano College as Director of Marketing and Communications and serving as the president of interPLAY.  I was about to dive into a three year foray into politics and weather the bumps and bruises of leadership change at work.  At home, Dylan was recovering from major surgery and Ben was growing into a fine little man.  We were in the toddler years of social media.  Over the ensuing 10 years, it would grow into a ubiquitous presence in our lives and work.

Could I have guessed or even imagined that I would be working as a full-time artist at the beginning of the 2010s?  No way.  There wasn’t a glimmer of possibility in that regard.  In many ways, I was set on pursuing a career in politics.  The events of 2013, both politically and professionally, would take me in a different and unexpected direction.

I’m not sure how many politicians could or would say that losing an election was the best things that ever happened to them, but that was the case with me.  It, along with a devolving position with my employer, paved the way to an opportunity with the United Way and the genesis of my painting journey. By the middle of the final year of the decade, we were wrapping up our lives in Fort McMurray and beginning a new chapter down in Okotoks.

On one of our walks in the Crowsnest Pass on Christmas Day, Heather and I looked up and saw a blanket of stars.  With very little ambient light, we enjoyed a most delicious view of the Milky Way and many of our favourite constellations.  What a wonderful gift; one that I had not seen in a long time. 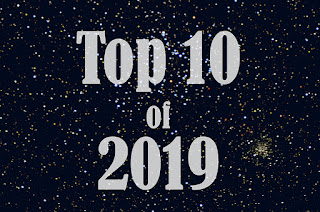 The end of a decade inspire a lot of reflection.  In more recent days, I began to wonder about the year we are about to leave and what had happened.  I made a copy of my master spreadsheet and did some custom sorts to see what items rose to the top in terms of popularity. Based on total sales in the last 12 months, here are the best selling gallery canvas prints of 2019.

Inspired by, and painted with, the talented students in the community of Fort McKay north of Fort McMurray, this bear painted remains one of my favourites.  One of these prints is heading off to Kindersley, Saskatchewan after being picked up by Paula yesterday afternoon. 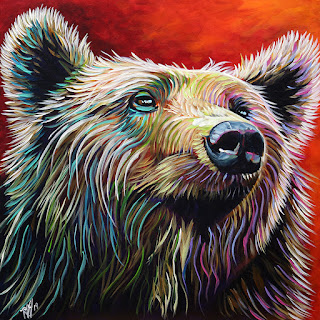 This cutie has been a perpetual favourite.  It was not a surprise to me that it landed in the Top 10. 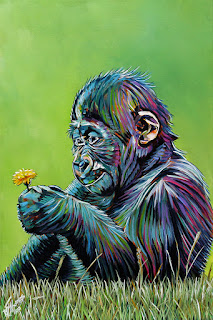 While prints of Baby Yoda are likely to eclipse those of his older self, this original portrait of the Yoda we came to love in the Star Wars movies was the 8th most popular print of 2019. 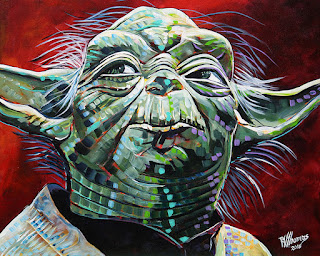 This portrait of Gord Downie was done the day he passed away.  I had forgotten that until quite recently when I noticed the date scribed next to the signature.  It still attracts interest when it pops up on social media. 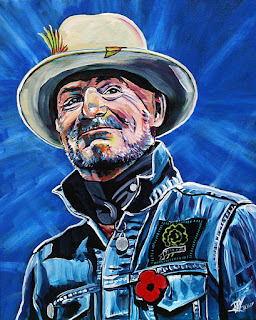 This was a commission project that I did while on holidays the last time we had visited Heather's parents in the Crowsnest Pass.  I was so glad to hear that my former radio colleague Sean got this under his tree this Christmas.  He had been wanting it for a long time. 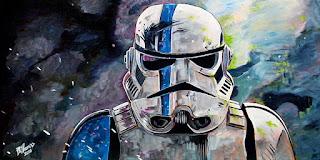 This was the final painting done in Fort McMurray as a Fort McMurray resident.  It was done as a live painting during the grand opening of the TownePlace Suites by Marriott. 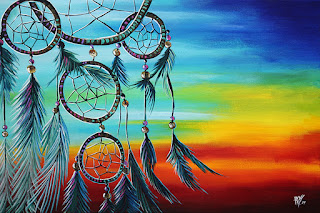 Three years after its creation in support of the United Way campaign, this portrait of Gord Downie continues to be on the best seller list.  It has been the biggest seller of my 5 year painting journey. 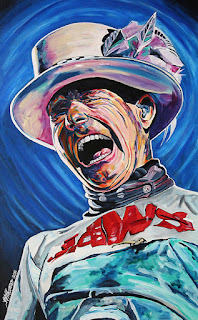 Inspired by the public's reaction to the movie about the life of Freddie Mercury, this painting seemed to capture this artist's amazing talent and connection to his fans. 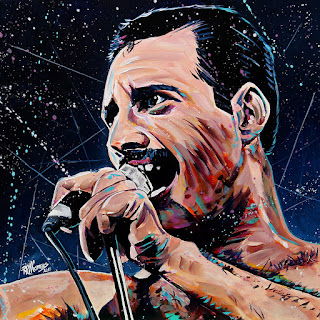 Walking through my favourite grocery store in Okotoks, I saw this half face of The Joker on the cover of a magazine in the racks.  The image wouldn't leave me alone, so I had to put it on canvas. I'm glad I did.  It turned out to be of interest to many people who follow my work. 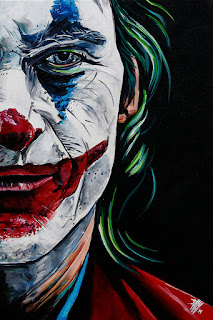 I have to thank Eithne Pierre for this one.  She suggested The Grinch of a potential subject for a painting to do with students at Father Mercredi High School in support of Santas Anonymous when we were up in Fort McMurray at the end of November.  The painting raised money for a great cause and was not only our biggest selling gallery canvas print of 2019, it was our biggest selling puzzle, too. 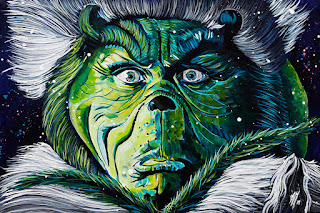 Looking ahead to the New Year and the new decade, I'm excited to see what it will bring and where our creative journey will take us.  Heather and I are grateful to all of you for your support and encouragement.  We wish you and yours the very best of health, happiness and prosperity in 2020.
Email Post