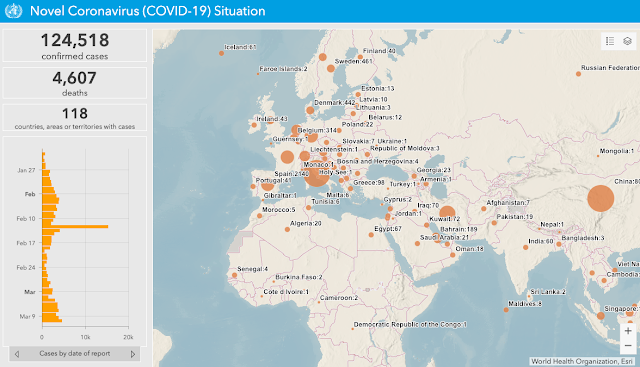 Those of us who lived through the Fort McMurray fire of 2016 or the Calgary/High River flood of 2013 have experienced disruption.  Lives were changed on a dime, with little to no notice.  You went from being in total control to having no control at all.  It is unnerving at best and profoundly damaging at worst.

The corona virus situation is very different.  It has been incrementally entering our lives for two months.  I was getting ready to travel to Southeast Asia when the first tipping point happened.  Seeing the situation in China worsening by the day, I went to my local pharmacy looking for a couple of face masks.  In my mind, I wanted to be prepared, just in case.

“We are sold out,” the pharmacist said.  “Everyone is sold out across Alberta.”  That was in mid-January.

When we had a day in Vancouver before flying out to Asia, just a few weeks later, I had resigned myself to the fact that I wasn’t going to find masks, but it might be good to have some hand sanitizer. I once again found myself in a drug store and asked the nearest clerk for help. He looked at me like I was crazy.

“If you come, first thing in the morning tomorrow.....maybe you’d get lucky.”

Eventually, cases and deaths started to show up outside of China:  South Korea, Japan, Italy, etc.  Canada and the United States soon followed along with 100 other countries around the world.

The World Health Organization (WHO) specifically avoided labelling this outbreak as a pandemic, until yesterday.  They knew that there would be psychological impacts of using the word, both positive and negative.  They decided to roll the dice and hoped that its deployment would spark some slow moving governments into action.

As an observer of news, I picked up that this was different than anything we have seen previously way back in January.  That difference is becoming crystal clear in recent days.  Yesterday, apart from the WHO declaring it a pandemic, the NBA postponed its season, the U.S. banned incoming flights from Europe for 30 days, and Tom Hanks and his wife announced they both had tested positive for corona virus while on holidays in Australia.

My sense is that this is real and it is going to be with us for some time.  While it is hard not to be scared, it is important to get prepared.  Have family discussions about self care and safe hand washing.  Talk about household preparations and what you need to have on hand if you need to self-isolate for a couple of weeks.  I guarantee you that toilet paper will be way down on the list of most important things.  Take a few moments to encourage the seniors in your life, as they will be the most vulnerable.

Stop drifting to the land of "conspiracy theories".  This is NOT some worldwide plot to upend Donald Trump from the White House or the Media trying to make more money with sensationalistic headlines.  This is, and always has been, a new and significant global health emergency that we need to take seriously.

We are in the middle of a disruption unlike anything we have seen in most of our lifetimes.  The only thing that would come close is the period between 1939 - 1945.  Airlines are flying near empty planes around the world.  Major events and gatherings have been cancelled.  Sports leagues are suspending seasons. Major industries like tourism, oil, and others are getting pummelled like they have never been pummelled before.  Global supply chains are getting tested, and in many cases, broken.

In the 1930s we had The Great Depression.  This may become known as The Great Disruption.  Do what you can to mitigate its impact on you, your family and your community.
Email Post