What would happen if...

A big part of my creative journey is choosing to finishing the following sentence: What would happen if....

The 20 Day Painting Challenge gives me a platform to finish this sentence in a multitude of different ways.

What would happen if....I painted with my eyes closed. 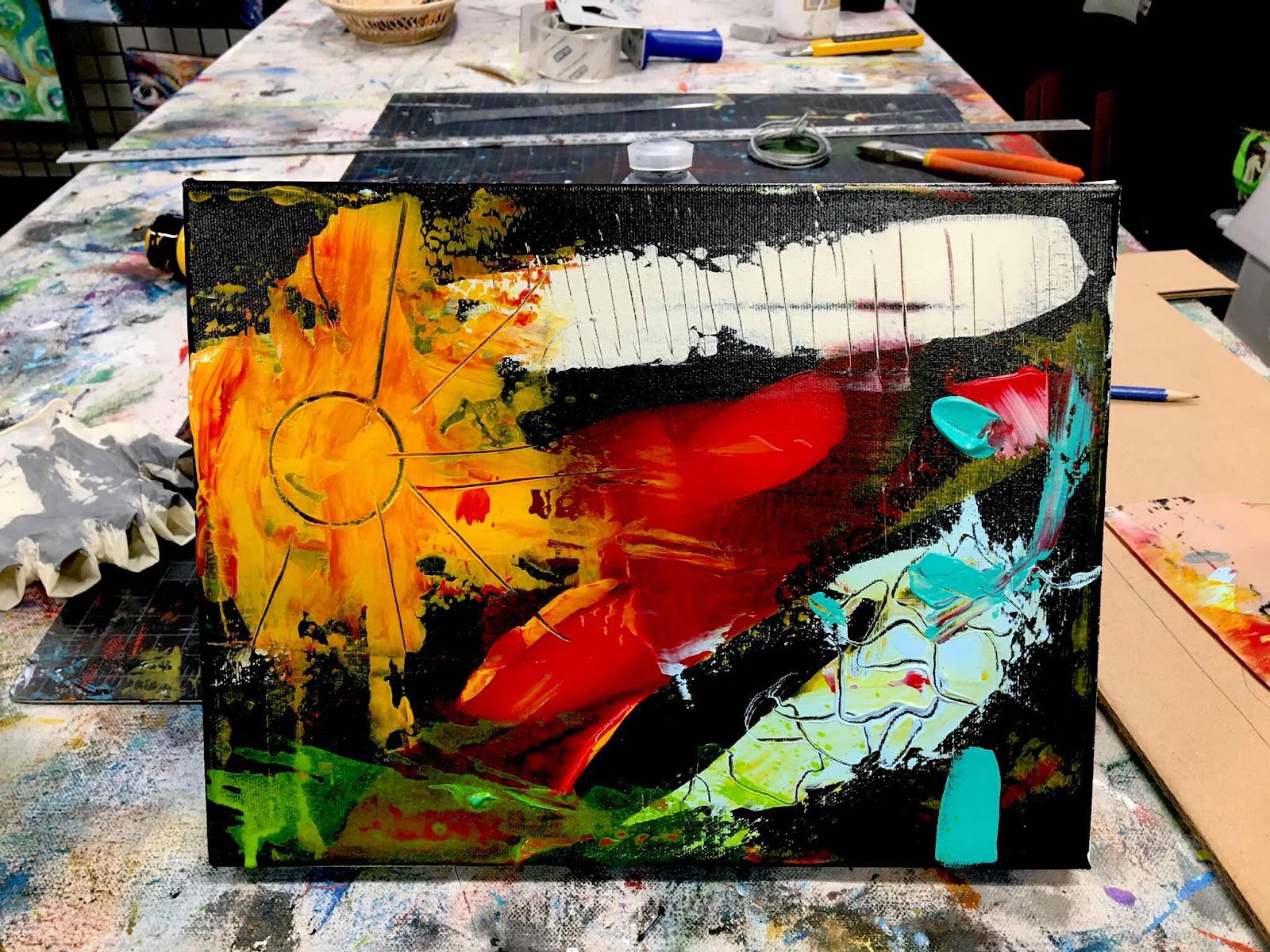 While I put colours on the canvas before closing my eyes, the actual work of painting this abstract was done with eyes firmly shut.

What would happen if....I attempted to recreate a favourite moment from a trip we took to Italy in 2006? 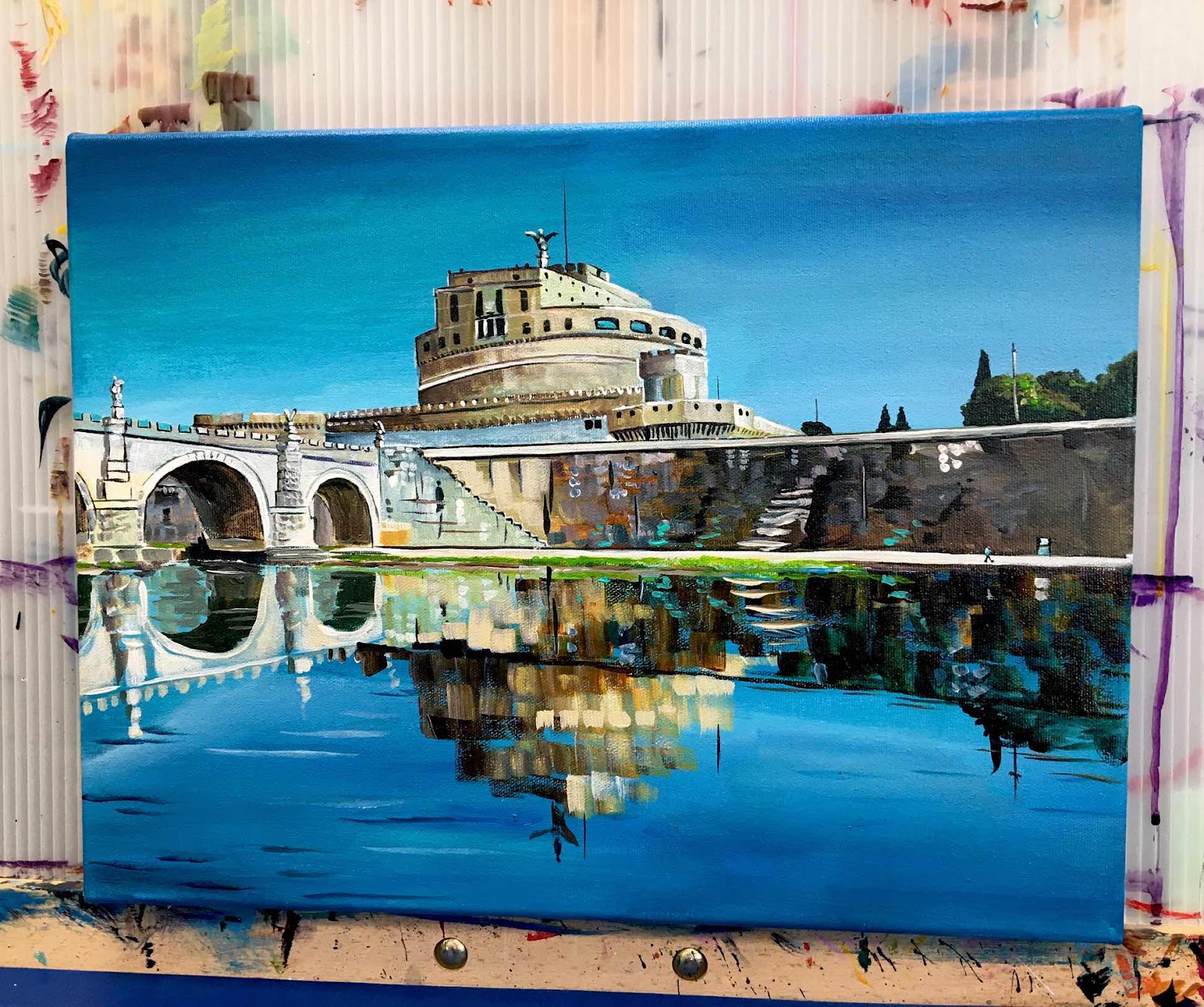 This was an interesting exercise, and surprisingly relaxing.  I could have played with this painting all day, just for the joy of it.

What would happen if....I painted something inspired by the move The Goonies? 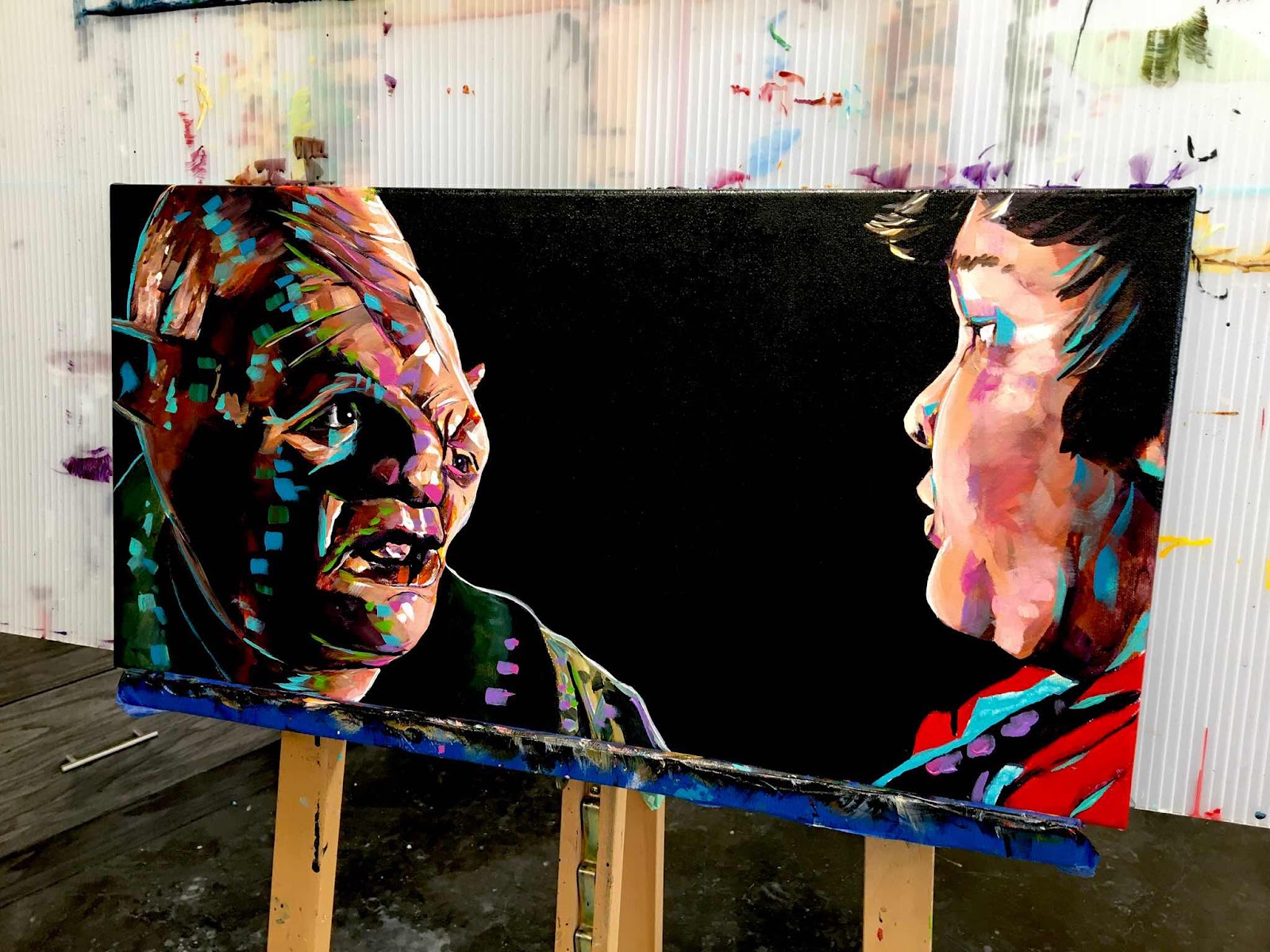 This was a tougher one as there are not a lot of reference photos from the mid-80s film that are online.  However, I did find one that resonated with me.

What would happen if....I painted a portrait of Al Capone based on his mug shot? 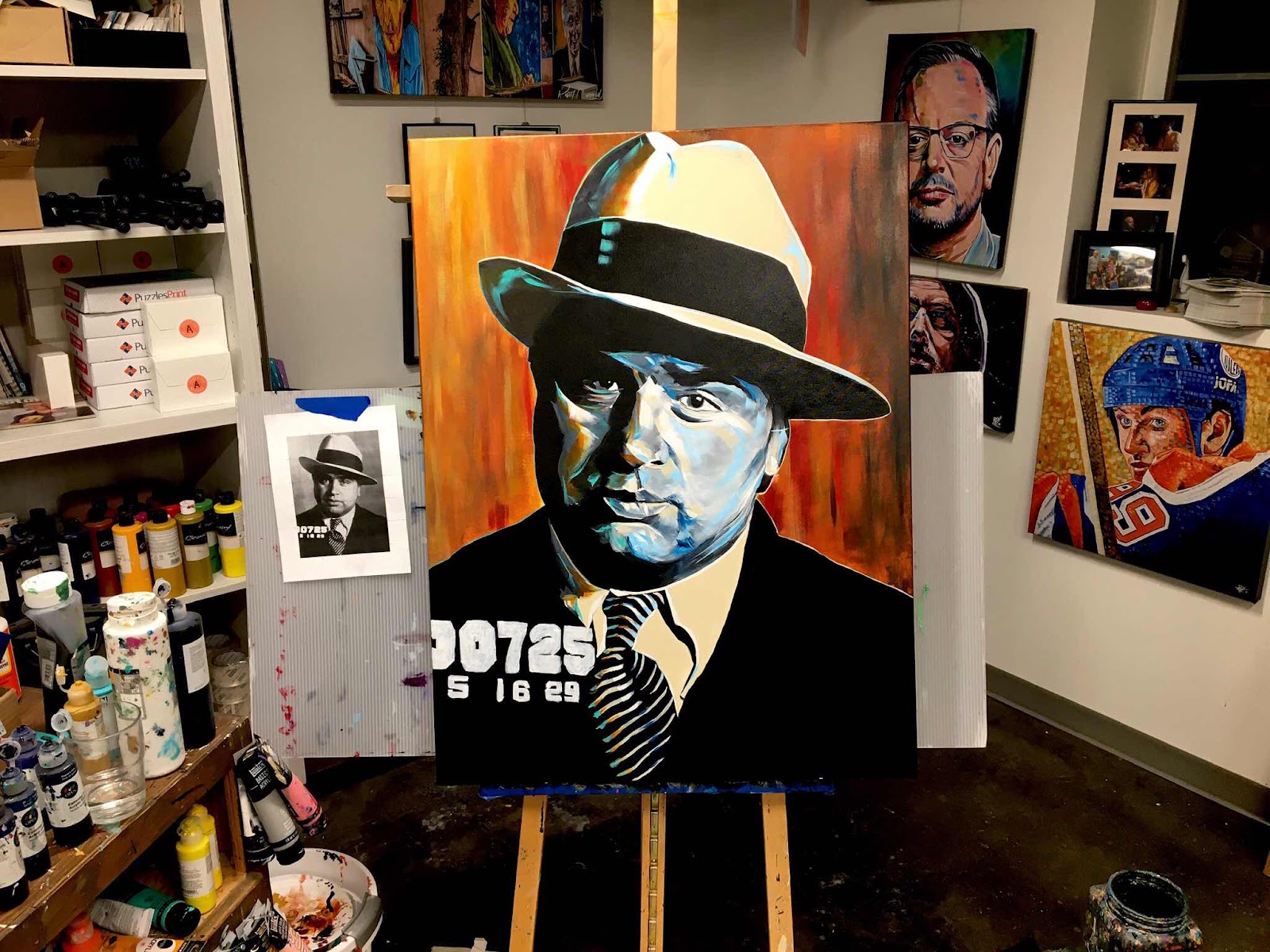 I waffled back and forth between going small or going large with this one.  It was clear that I was meant to go big and did this portrait on a 30” x 40” canvas.  It is probably meant for someone’s entertainment room or some fella’s man cave.

I actually visited the cell that Capone occupied at Alcatraz.  That was one of my most visceral historical experiences as it was a cold and nasty day on that little island in San Francisco Bay.  With a small number of tourists, I had quite a tour.

I have a whole bunch of prompts that were shared by fans and friends in a hat, waiting for the potential of getting pulled in the next two weeks.  I have no idea what other “What would happen if...” sentences will get completed between now and the end of the challenge.
Email Post