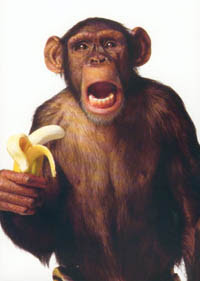 It had been a long day, one that I described as bananas to a number of people. I had left the house early in the morning, not even seeing the boys, and returned in the evening after a two-hour meeting that went for three-and-a-half hours, just after they had gone to bed. In between those two moments I dealt with people who were stressed, projects that were struggling and ideas that were just getting off the ground. It was a very full day.

By the time I pulled into the house, the relief of seeing my wife was palpable. I had really missed my time at home and was grateful to be back.

"Ben just went down if you want to say goodnight," she said.

I turned on the light in the hallway as I walked into Ben's room. He was lying high up on his pillow, eyes closed, big smile on his face. I bent down to give him a kiss.

"I love you, too," he replied, as he tucked in his blanket, turned over on to his side, and went to sleep.

It felt like having me home was the definitive period at the end of his day and that he was so joyful that I was there to finish the sentence. Perfect.

I wandered down the stairs to Dylan's room, told him how much I had missed him, gave him a hug and a kiss, then said goodnight. A similar sense that all was right in the world swept over both of us.

Heather and I settled down into our familiar spots on the long sofa and popped in the latest episode of The West Wing, and the day that had me wanting to make monkey sounds because it was so bananas drifted away as we dived further into Season 5.