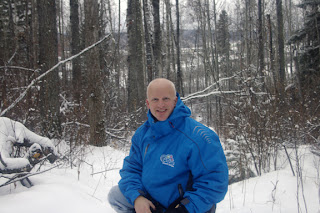 There isn't enough snow to justify pulling out the snowshoes, so we make our way to the other side of the river with only our boots.  Boxing Day has proven to be more winter-like than the previous day which felt a little on the too warm side.  A concerted breeze is blowing, especially out on the open expanse of the frozen Clearwater River, making the -10.0 C feel quite a bit colder.

When we're out on the ice, the river feels much bigger, more voluminous than it does in the months when the water is flowing freely.  I'm not sure what it is about the muted palette of winter that changes the sense of space and scope.  But crossing from one side to the other always seems to take longer than it should.

There is an old road that cuts up into the hills of what may one day become Forest Heights, or another such  named neighborhood, if we ever build a permanent bridge across our heritage waterway.  I'm not sure where the road leads, but in the summer we sometimes see activity across the way, when I'm fishing in my familiar spot at the confluence of the Snye and Clearwater.

We decide to dart up a small trail that cuts more directly up the hill, intent on trying something a little different.  The path resembles what might be called an animal highway, as tracks of all kinds seem to converge from different points in the forest. 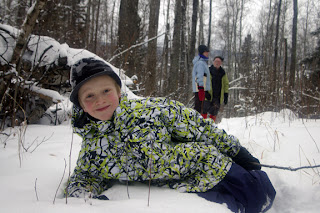 Ben is huffing and puffing as we make it to the top of the first rise, despite his years, which are substantially less than the the rest of ours.  He's at that age where being at the top of the mountain is fun, but the journey to get there is rather tiresome.  Every couple of metres he plops down into the snow, stretches out, and rekindles his resolve to keep moving forward. 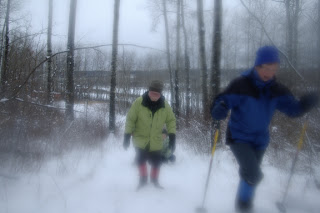 Neil and Susan love to get outside and adeptly traverse the steep incline.

Heather is in her glory, enjoying the fresh cold air and the brief escape into the wild. 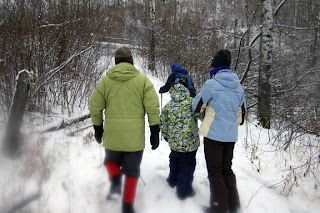 "We should do this more often," she says, realizing that we rarely seem to make time for these kind of adventures.

What strikes me is how quiet it is out here.  The sound of the city is distant, dulled, barely perceptible.  We are near, yet so far.  The cold, snow and ice seem to grab the sound waves and bring them to slow crawl. 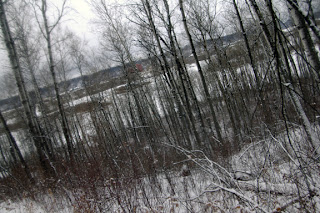 Through the break in the trees we can just see Jubilee Centre, a mere brush stroke in God's masterpiece, the beautiful boreal forest. 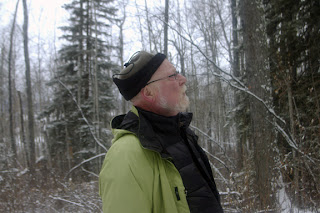 We stop. We listen. We look. 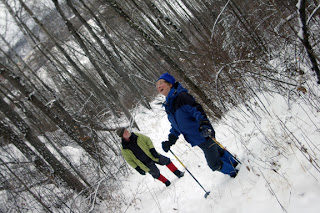 So close, yet so far - infinitely beautiful. 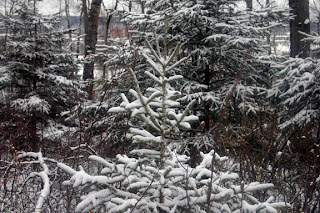