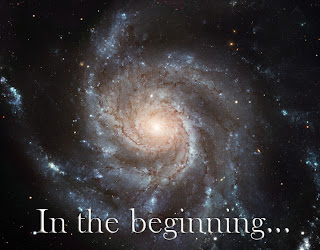 I am trying to find my footing for two major presentations coming up in March.  The first is in San Francisco at the NCMPR National Conference.  The National Council for Marketing and Public Relations represents people like me who communicate in college settings across North America.  Renee Summers and I are leading a session called "Making Social Media Magic", or how we maximize our use of Facebook and Twitter to promote Keyano College in 28 words or less.

I'm being facetious, but you get the point.  We have to stand up in front of about 100 esteemed (and frightfully smart) people who do this stuff every day and give them something of value that they can and will take home. Trying to craft a cogent narrative is daunting, elusive.

The second presentation, if everything goes well and they accept my application, is going to be at the inaugural TEDxFortMcMurray event at the Suncor Energy Centre for the Performing Arts at Holy Trinity High School on March 30th. I polled my Facebook peeps to get their suggestions on what my topic should be, the ideas of which ranged from talking about arts in a boomtown to positivity in modern times.  I haven't found my footing on this one yet either.

I'm toying with the idea of tapping into my Facebook timeline and exploring my very public life, pulling out stories and sharing observations that have inspired aha moments and conclusions.

I like the idea of going back to the very start of this social media voyage.

In the beginning, I was on a plane going down to Calgary for a quarterly meeting of the Theatre Alberta Society board of directors.  At that point, I had a tertiary awareness of social media (Myspace) but no practical experience.  Over the course of the day and a half of meetings, the conversation between agenda items revolved around the sudden penetration of something called Facebook in the university community.  Perhaps I had heard whispers of it prior to that time, but it certainly hadn't sunk in.

This was May of 2007 by the way, at which point Facebook was eight months old.  It was made available to anyone over the age of 13 with a valid email address on September 26, 2006.

I went back to my hotel room and signed up for this Facebook thing and began the long process of trying to understand it all.  From that day on, it was everything I could do to avoid hearing about what was becoming a ubiquitous social media platform.  It felt like that Facebook had reached a tipping point and there was no turning back.

My relationship with Twitter started the following year when I was at an NCMPR conference in Savannah, getting my first delightful dose of Dr. Pam Cox-Otto.  Her and her team at Interact Communications were sharing some formative work in the social mediasphere including some introductory thoughts on this thing called Twitter.  While Pam captured the attention of the gathered masses, her colleagues were live on Twitter, doing what, I could only imagine at that point.

Though I don't have this specific memory, I suspect that once again I ran back to my hotel room and signed up for a Twitter account.  It probably took me two full years to figure out how this micro-blogging platform was going to add value to my life, but the fact that it has is undeniable.  One thousand followers and over 7,000 tweets later, I have a consistent Klout score of 62.

So, what does that mean?  Well, according to one online explanation, a Klout score above 30 indicates expertise in social media.  Above a 50 score indicates that the person is approaching social media thought leader status.

Another explanation I read said that the average global Klout score is 20.  A score of 50 or greater indicates being in the 95th percentile.

Holy crap!  What started in that Delta Bow Valley hotel room back in 2007 has grown into something remarkably and surprisingly influential.

My writing journey has run parallel to this foray into social media, starting with the Dylan Surgery Adventures that were shared on Facebook in the fall of 2008 and attracted readers from all over the place.  People were interested in real-life stories in a way that surprised me and ultimately led to the start of this Middle Age Bulge blog two years ago.  This literary platform has spawned 419 stories and attracted almost 58,000 page views.

The remarkable thing in all of this is that I still don't really know what I'm doing.  I'm learning new things every day, figuring out new ways to improve my effectiveness, living a public life in a virtual world that I think is fascinating.

I still don't know what my presentations are going to look like in the city by the bay or the oil sands city, but it feels like their blurred forms are starting to take shape.  Writing about it is good therapy.
Email Post