Stories are the stem 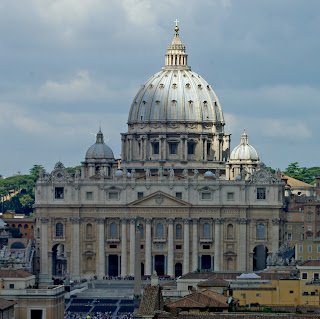 The world stopped for a few moments earlier this week as white smoke billowed from the chimney at St. Peter's in Rome indicating that the cardinals had successfully elected a new pope.  Word spread across the globe at the speed of Twitter, which is virtually in an instant.  Hundreds of thousands packed into St. Peter's Square while millions of others watched their televisions and steaming coverage on their computers or mobile devices, Catholics and non-Catholics alike.  A revered leader with global reach and influence was about to emerge through the French doors of the balcony and the world was watching, waiting.

I was watching on my computer, a live streaming broadcast with the sound turned off.  So, when the guy in scarlet came out to say a few words, not only did I have no idea who he was, I had no idea what he was saying.  Thanks to someone on Twitter, I found out that he had announced that Cardinal Jorge Bergoglio from Argentina had been elected pope and that he had chosen the name Francis - Pope Francis I. 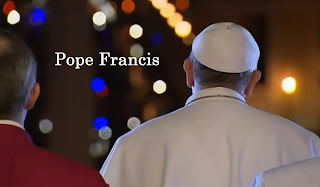 As he emerged from inside St. Peter's and waved to the crowd - the first non-European pope in history - I didn't gather a firm impression, positive or negative.  Even after watching for a brief few minutes, I probably couldn't have picked him out in a line-up or offered any salient wisdom about the man, save for the fact that he comes from South America. 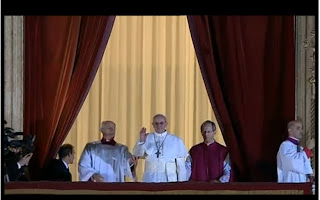 However, this morning I bumped into a story in the Fort McMurray Today that instantly caught my attention. 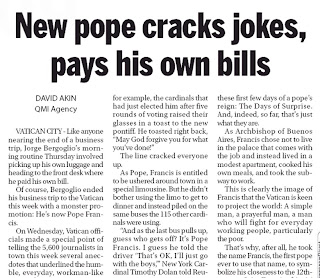 "New pope cracks jokes, pays his own bills," it read.  Ending the business trip to end all business trips, Jorge Bergoglio's Thursday began by him getting dressed, gathering his suitcases, and heading down to the front desk to check out of the hotel he was staying in. He even paid his own bill.

The day before, Vatican officials went out of their way to begin painting a portrait of a man who is humble and hard-working, a man of the people.  As the cardinals, who just chose him as their leader, raised their glasses at dinner on Wednesday in a toast, he quipped back with "May God forgive you for what you've done!"

Add to those first impressions the fact that Pope Francis opted out of dusting off the papal limo, instead choosing to pile onto the buses that the 115 cardinals were using.  In his firsts hours and days in the role of a lifetime, he has set a definitive tone (to the chagrin of his security detail), walking around town visiting with the people, shaking hands and kissing babies.

The picture I had, which was murky at best, has very quickly come into focus, an image that smacks of the humanity, simplicity and warmth of Pope John Paul II.  My ambivalence has become affinity with a few well-placed, well-articulated anecdotes that will be repeated ad infinitum and become the narrative of this new leader of the Roman Catholic Church.

This did not just happen.  There were public relations guys and girls, scurrying behind the scenes as they prepared to let the white smoke fly, knowing full well that they only had one chance to make a first impression.  Who was this guy?  What will be his brand, his compelling hook, the story that families will tell around the dinner table?

As the Archbishop of Buenos Aires, Bergoglio chose not to live in the opulent palace, opting instead for a modest apartment where he cooked his own meals and took the subway to work.  This dedication to leading a life of simplicity and an indication early on in his papacy that he seems to be continuing his common man approach, became the story that needed to be told.  And while it seemed to write itself with moments like Pope Francis piling off the bus with the rest of the cardinals, there are professionals like me in the background, making sure the story gets picked up, told, written and shared. 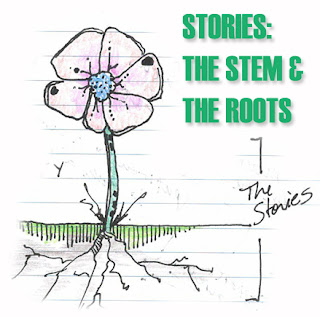 If the humility, character, generosity, and love of Pope Francis I is the flower - its colour, richness and fragrance - then the stories are the stem and roots.

This is a metaphor that I've been sharing for several weeks now, an idea that keeps rising to the surface as I work with the arts sector, non profit organizations, and Keyano College.  We're doing amazing things, working together in ways that are inspiring: overcoming challenges, innovating, collaborating, and achieving.  But if our stories don't get told, the good things that we do - the bright and beautiful flower - then it may all be for not, as the flower will eventually wither and die.

This is obviously an over-dramatization, but illustrates the power and potential of unearthing and sharing the stories that lie underneath the surface.  The Vatican PR folks could have ragged on about the fact that this was the first non-European pope in history.  That would have been an easy play.  But what would it have said about the man, his principles, his value proposition?  Nothing.  Instead, we are left with a clearly defined image of a man who happens to be Pope, a simple, God-fearing, people-loving leader in the grand tradition of Mother Theresa, Mahatma Gandhi and others. 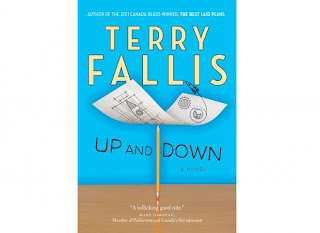 I'm reading the newest novel by Terry Fallis, Up and Down - one of the most delightful reads I've had in a long time by the way - in which he captures the power of "story".  Written from the point of view of a guy like me, working in an ad agency on a project with NASA to come up with a campaign to rekindle interest in the space program, he comes up with the brilliant idea of holding a contest called Citizen Astronaut, where one American and one Canadian get the chance to train and participate in a shuttle mission and spend time on the space station.  Through a lottery process, the Canadian winner turns out to be a 71 year old lady living in the backwoods of British Columbia.  That's only the beginning of the story, the rest you will have to discover for yourself.  But what you'll find is that even though she is as far-removed from their vision of the ideal candidate that you can imagine, her story forms an incredibly strong root structure and a stem that reaches for the sky.

Are your stories getting told?  Are they being shared?  I have this knowing suspicion they are there, waiting to come out into the sunshine and dance.  If you ever want some ideas on how to make that happen, give me a call or send me an email.
Email Post