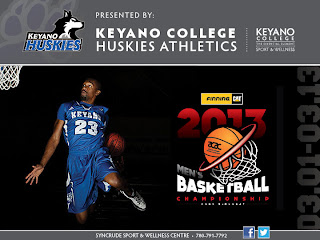 I'm not much of a sports fan.  I couldn't begin to tell you who won the last Stanley Cup, Grey Cup or Super Bowl for that matter, even though it just happened a few weeks ago.  Yes, I get transfixed by the odd Saskatchewan Roughrider game and if the Montreal Canadians land in the playoffs, I might saddle up to the tv set, though it seems like an eternity since that happened.  So I would be an unlikely candidate for someone who has absolutely been hooked by the 2013 ACAC Men's Basketball Championship, but I am. 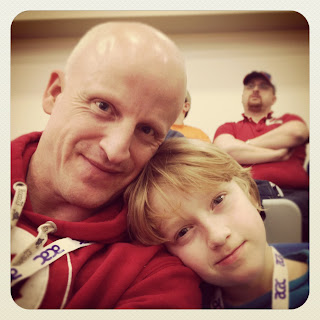 Ben and I went on a father-son date on Friday night as our Keyano Huskies tipped off against the Concordia University College Thunder.  From the moment Louis Barham and company began their pre-game warm-ups I instantly recognized ritual, intention, intensity and a drive to "bring Serge home." 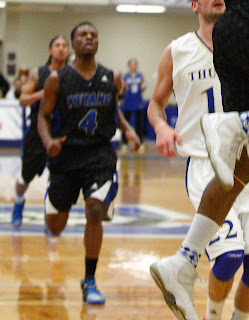 Serge Kongolo Khayipangi is #4 on the team, a 6' 1" guard from Montreal, the location for this year's Nationals. 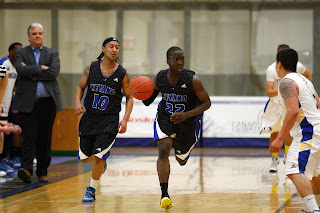 We won that first game 86 - 71.  The Syncrude Sport & Wellness Centre was packed, every seat filled with many standing on the second level looking down. 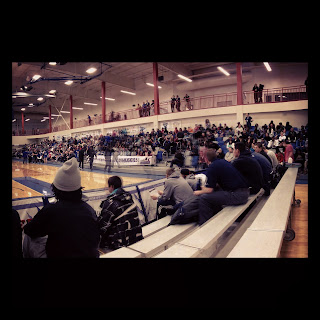 Curtis J. Phillips, announcer for the game and the webcast declared it "the largest crowd in the history of Keyano College Huskies basketball."  The energy, excitement and positive stress was amazing. 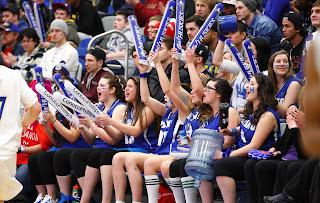 I was a bundle of nerves as we arrived an hour early last night for the semi-final against the Briercrest College Clippers, the team ranked #1 in the country.  We wanted to make sure we got a good seat.  In fact, we were able to get the exact same seats as the night before - a good omen in my books. 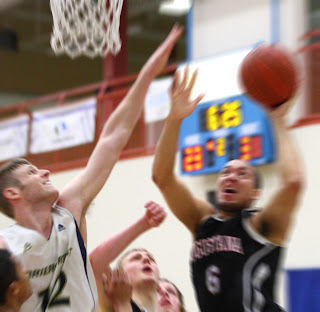 An incredibly strong team including ACAC Player of the Year and All-Canadian Gradyn Childerhose (#12) from Outlook, Saskatchewan - a towering centre who seems to have an intimate relationship with that basketball hoop as he swooshed it every time. 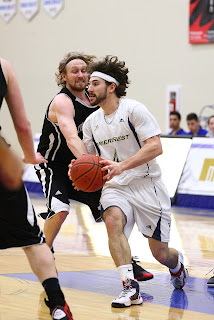 Then there was Caleb Klassen (#4) from Abbotsford, a guard with incredible hustle.  I felt bad for Yonas Berhe as Klassen was on him from start to finish, like a dog on a bone.  Yonas - calm, cool and collected - played on like the champion that he is and was named Player of the Game for his tenacity and offensive output.

We were down 10 points at the end of one, even at 45 by the half, and pulled away with each passing minute in the second half.  Serge killed a couple of free throw shots that was followed by a series of three pointers that inspired me and several hundred others to jump to our feet screaming with delight.

"It's raining threes," declared announcer CJ Phillips as the gathered masses rose as one and fueled a finish that was nothing short of exhilarating. 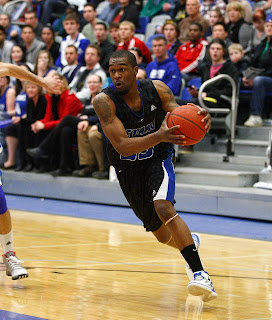 The pièce de résistance was a late-game slam dunk by Louis Barham, the exclamation mark at the end of the date with destiny that led to this afternoon's golden wedding.

The final score was Keyano Huskies 108 Briercrest Clippers 85.  Our guys had beaten the top ranked team in Canada by 23 points.  Outstanding! 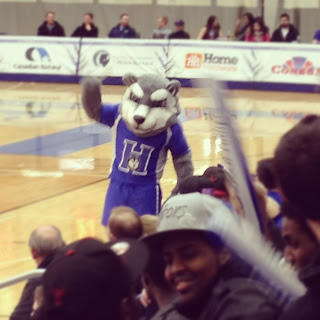 My voice was raw from screaming as Ben and I made our way home last night.  I can't wait to return this afternoon for the gold medal match as we go head to head and toe to toe with the Red Deer College Kings.  Game time is 3:30 pm.  It promises to be another banner moment for an athletics program that is absolutely soaring.
Email Post