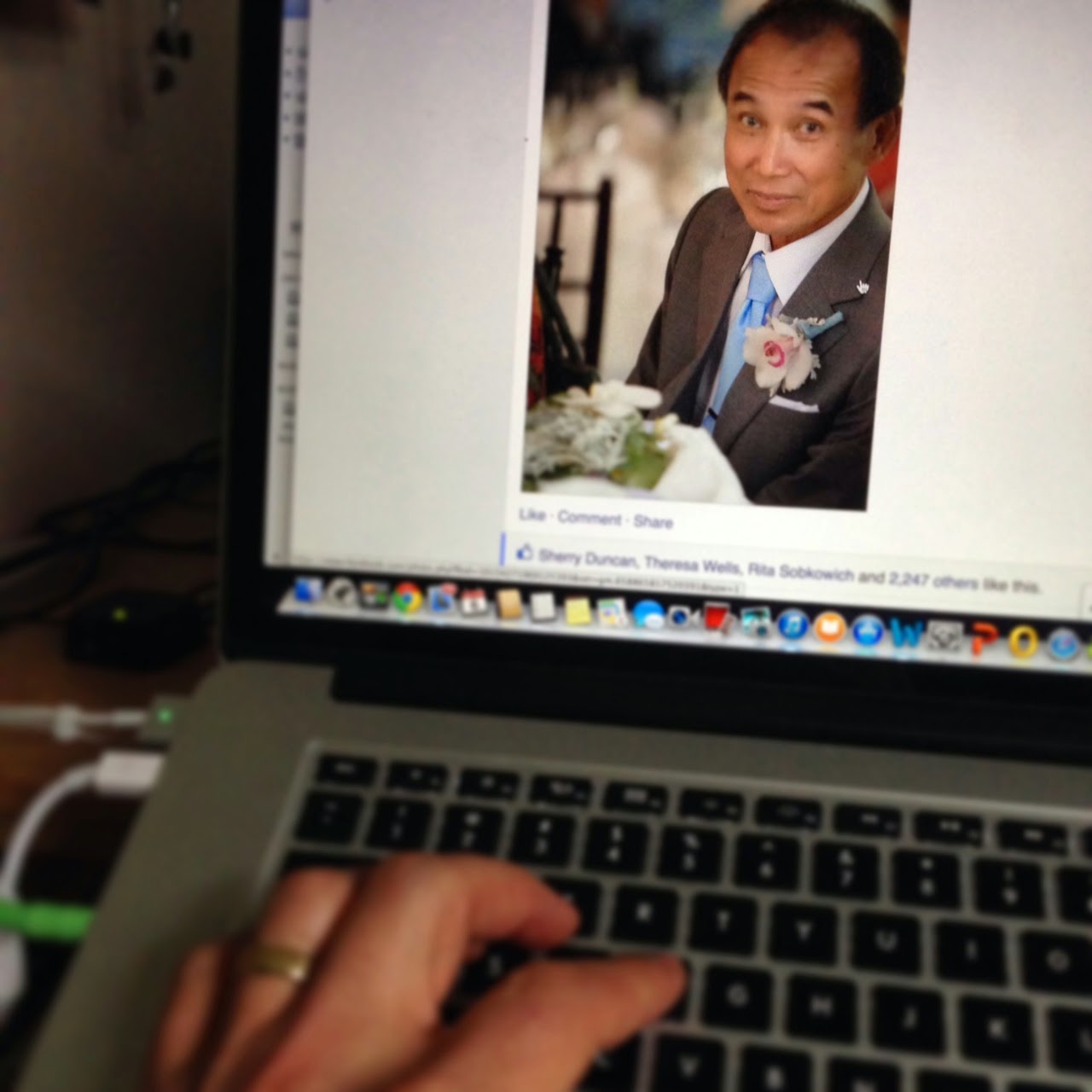 I don't often write a blog post about a blog post, but what happened yesterday demands it.  I wrote the piece about "The Legend of Dr. K.P. Wong" because that was what was in my heart and on my mind as I woke up.  I wasn't the only blogger who felt that, as my friend and colleague Theresa Wells woke up and wrote "The Legacy Left Behind - Dr. K.P. Wong".  I could never have predicted, not in a thousand years, what happened next.

I posted the tribute piece at about 8 am.  An hour later over 400 people had read it, which is more readers than 99% of the posts I publish attract.  When I emerged from a one-hour meeting the number had climbed to just shy of 3,000.  The number kept climbing by hundreds as the day went along.  I fully suspect that later today, "The Legend of Dr. K.P. Wong" will become the most read blog post of over 950 that I have written and published in the last 4 years.  I have never seen anything like it and I doubt I ever will again.

What do we call have in common?  We were born.  When you combine that common denominator with the tragic loss of the doctor who was there to help over 20,000 babies make it into this world safely with a remarkable bedside manner and personality, you have a moment that hits the emotional centre of a community. The ripple effect of the death of Dr. K.P. Wong continues to touch people, and will for a long, long time.

The blog post "The Legend of Dr. K.P. Wong" will supplant as having the most page views isn't a post that got read at all.  It was a pop culture piece I did about "The Big Bang Theory", the TV series.  One of the photos inserted in the post ended up high in the Google search, which resulted in a crazy number of visitors to the page.  The only "legitimate" article that had many readers was "Slave Lake is Burning", written early in the morning after the devastating fire that destroyed so much of that beautiful community.  After a single day, Dr. Wong has attracted four times the number of readers of that one.

There will be a wake for Dr. Wong, open to the public, in Edmonton on Sunday, June 8th from 1 pm to 4 pm at the Connelly-McKinley Downtown Chapel, 10011-114th Street.  A celebration of life service is being planned here in Fort McMurray next weekend.  Details are still being worked out.
Email Post