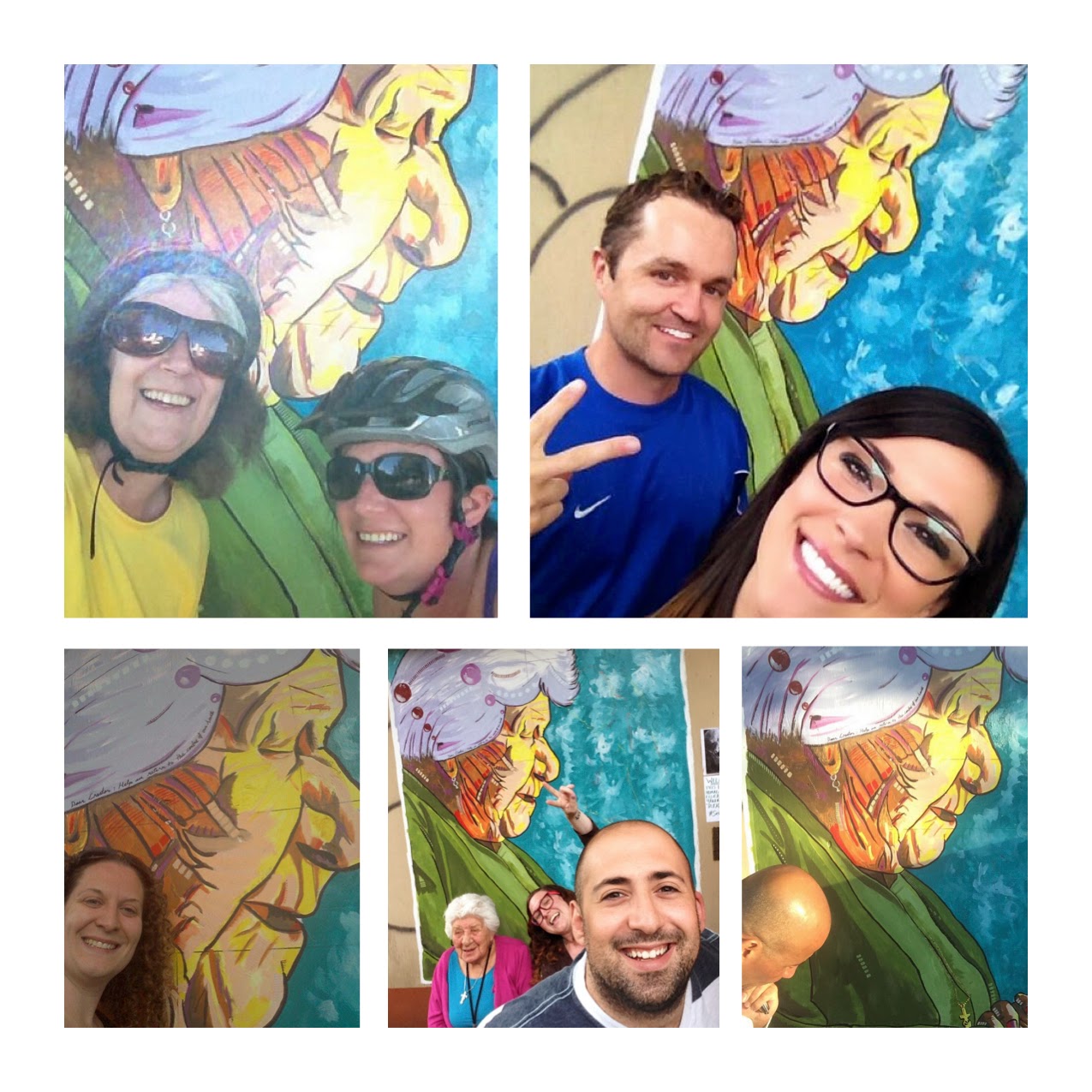 I don't know where the idea of taking selfies with the mural portrait of Elsie Yanik came from?  Perhaps it was inspired by Team Kyle Harrietha's selfies that have been popping up all over Twitter during this by-election campaign.  Maybe it came from Ellen's historic selfie at the Academy Awards?  I guess where it came from makes little difference, only that it did, and that it has taken off.

This is a small, grassroots public art effort.  It is a remarkable surprise in the middle of a hard-to-find back alley, a splash of colour, an unlikely oasis.  The inspiration came shortly after discovering that the back wall of my shop had been tagged.  I thought to myself that this might be a nice spot to do a large scale portrait. Elsie popped into my mind immediately, an image of her saying a prayer at the 2011 Oilsands Banquet captured by photographer Joey Podlubny (www.joeypodlubny.com).

Several dozen visitors have dropped by so far, some on their own, others in small groups.  We had quite a crowd on hand today when I brought Elsie and her friend Dell over for a look.  I had called Elsie a couple of days ago, first, to let her know that the painting was nearly finished, and second, to ask if I could get a couple of her beautiful prayers to integrate into the piece.

At 96 years old, Elsie is incredibly articulate, energetic, and full of wisdom and life.  She admired Heather's flower beds, particularly the tulips, as we walked slowly through our front yard, around the back, and out into the alley.

"Keep your eyes on Doug (Roxburgh, from Shaw TV)," I said.  "He's a very handsome fellow."

"Yes he is," she said, giggling, as I led her to the best viewing spot.

I can't begin to imagine what she was thinking as she stood there looking a huge likeness of herself in the back alley between Demers and Hill Drives.  I can only tell you what I was feeling, which was overwhelming gratitude and honour that she was actually there.  Elsie might as well have been the Queen of England, because that's how special if felt to those of us who were able to share in the moment. 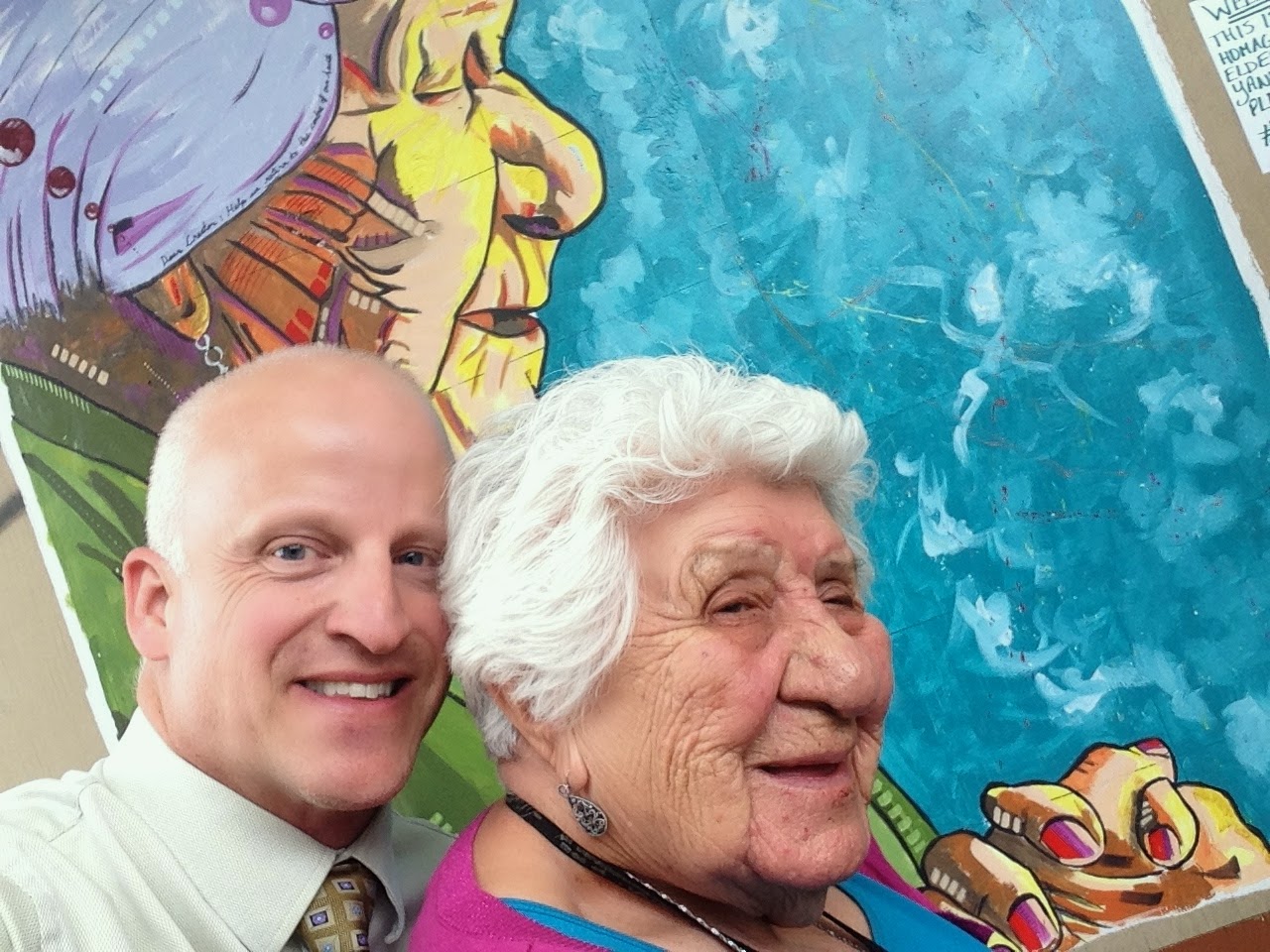 It wasn't just the day that she got to see her mural, it was much more than that.

"You know what the first thing was that popped into my mind when I got up the morning?" she asked.

"That it was the anniversary of my husband's death.  He left us 26 years ago.  I still miss him."

As we sat silently on the bench, staring at the painting and the words, the birds singing in the background, it felt like as close to perfection as is earthly possible. 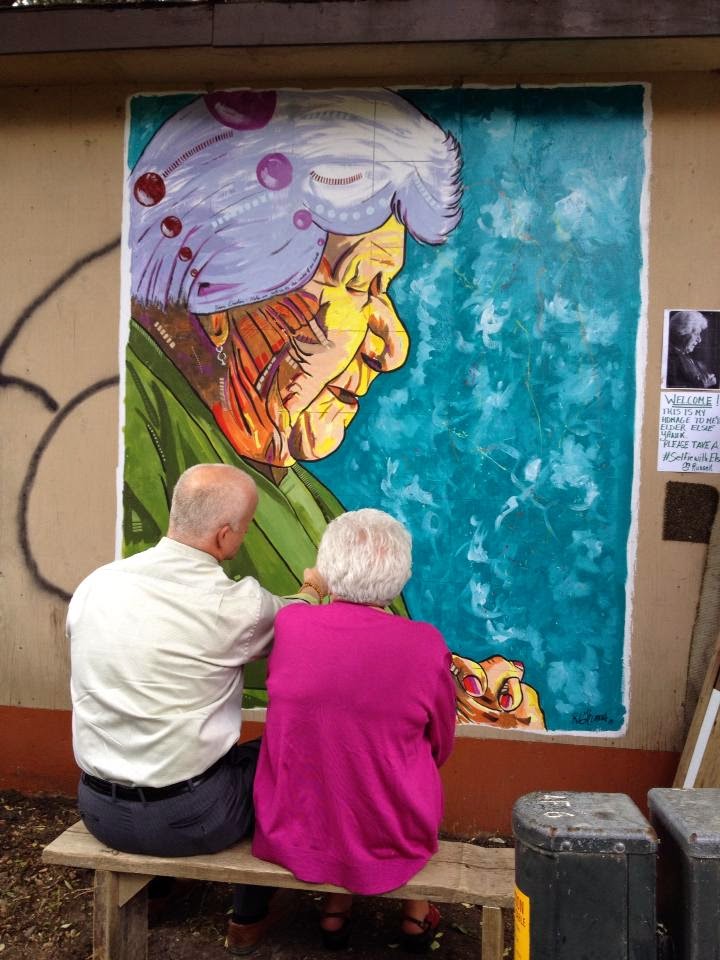 She gave me a book of prayers that she has shared at the Arctic Winter Games, the opening of the Suncor Community Leisure Centre, and various other major events that have been blessed by her presence.  This evening, I scribed several of them onto the mural. 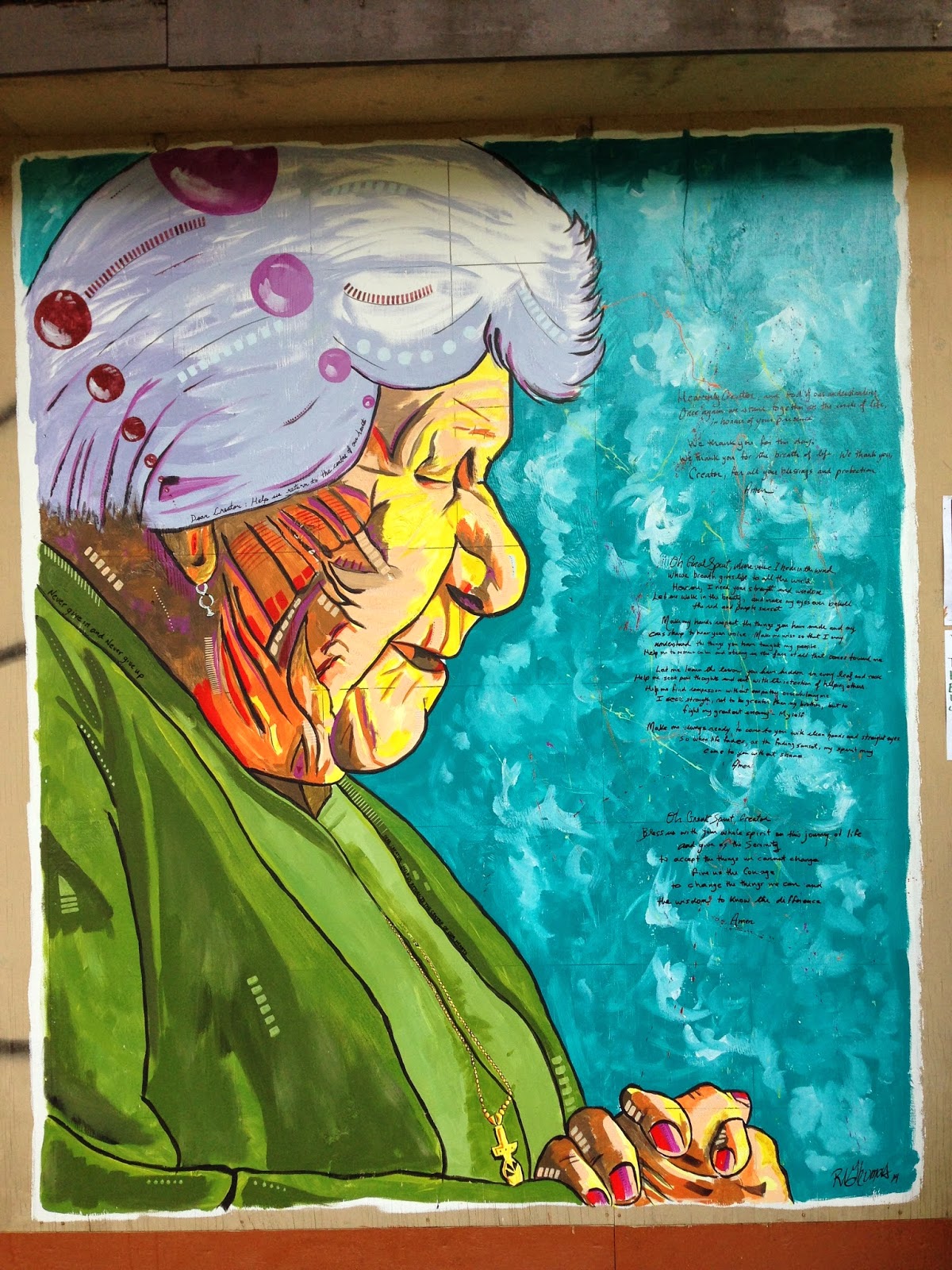 Some are easy to find and read, others might take some work to find.  It's worth the search though, because the prayers are transcendent, uplifting and soul-nurturing. 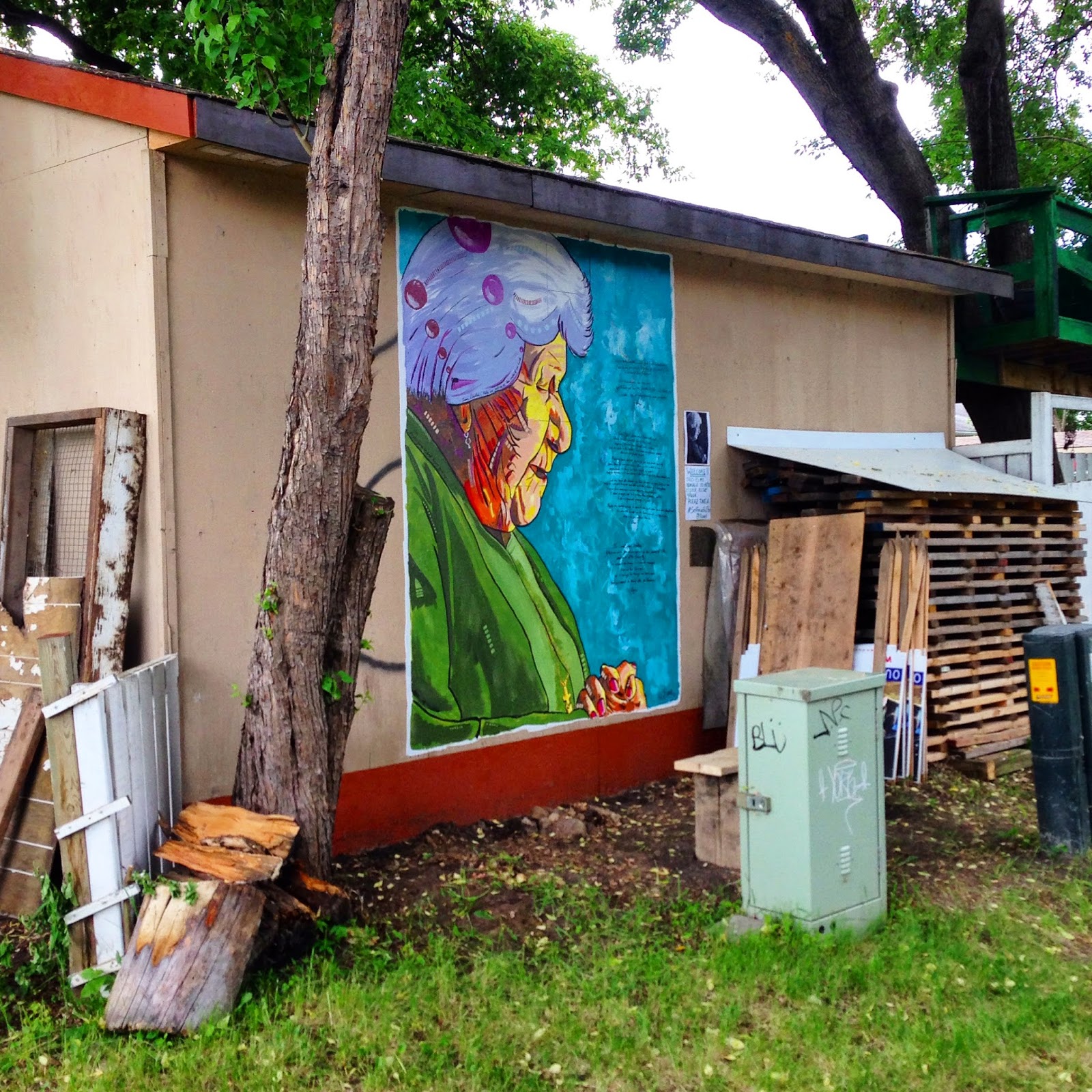 I would invite you to find this serene spot and sit for a spell.  Don't be shy.  The neighbours know you're coming.
Email Post