I had almost forgotten about the garage concert being hosted by some Father Mercredi music students.  It was in my calendar, but on Sundays it rarely gets looked at.  Thankfully, I glanced up at the clock at exactly 2:55, just moments before the show was to begin. 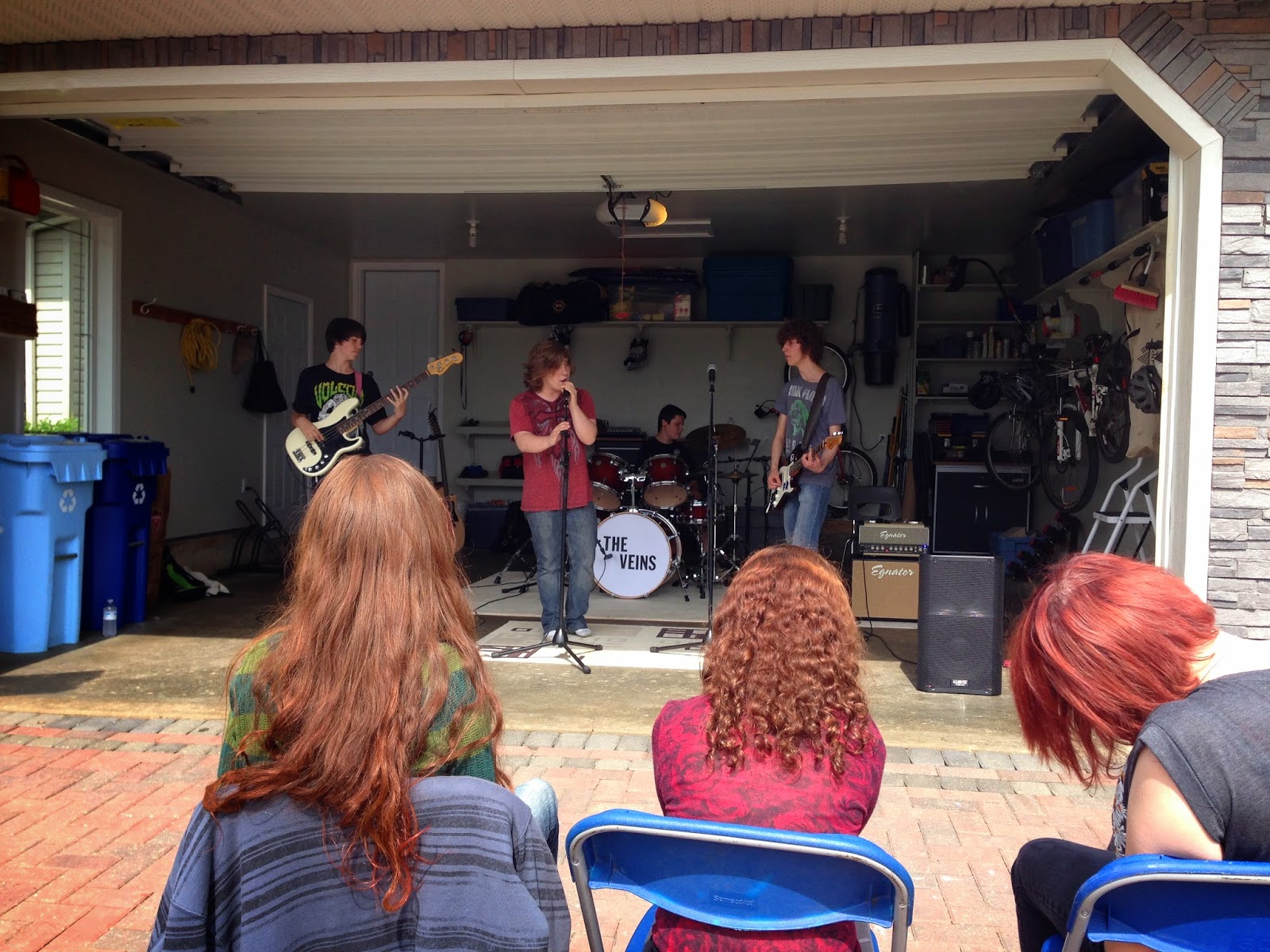 Dylan and I trucked it up the hill and arrived just as the incredible 13 year old Helena Rizzuto was finishing up her set.  She has a unique voice and a style that draws you right in.

"She loves music so much," said her father Tony, as we stood at the back of the crowd, watching Aaron Goodwin who had traveled up from Edmonton to support these motivated artists and play some tunes. 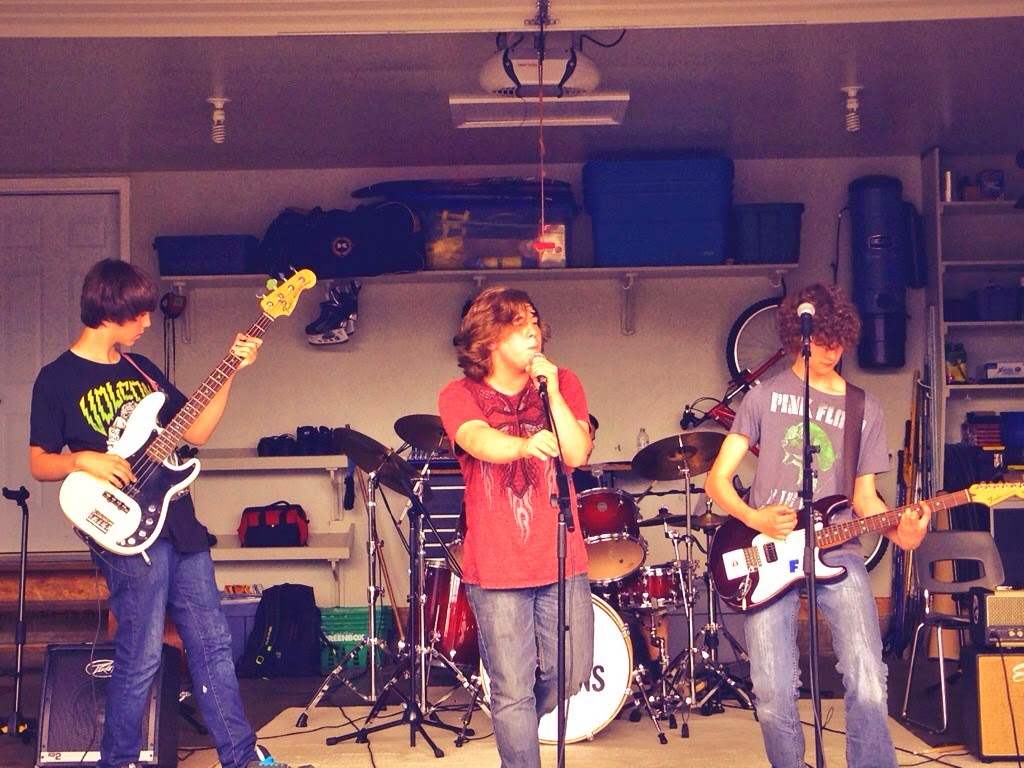 The venue was perfect.  The audio set-up was in the garage, just enough sound to make the music pop without causing the neighbours sonic consternation.  The driveway provided ample space for the audience, that swelled to about 20 at one point. 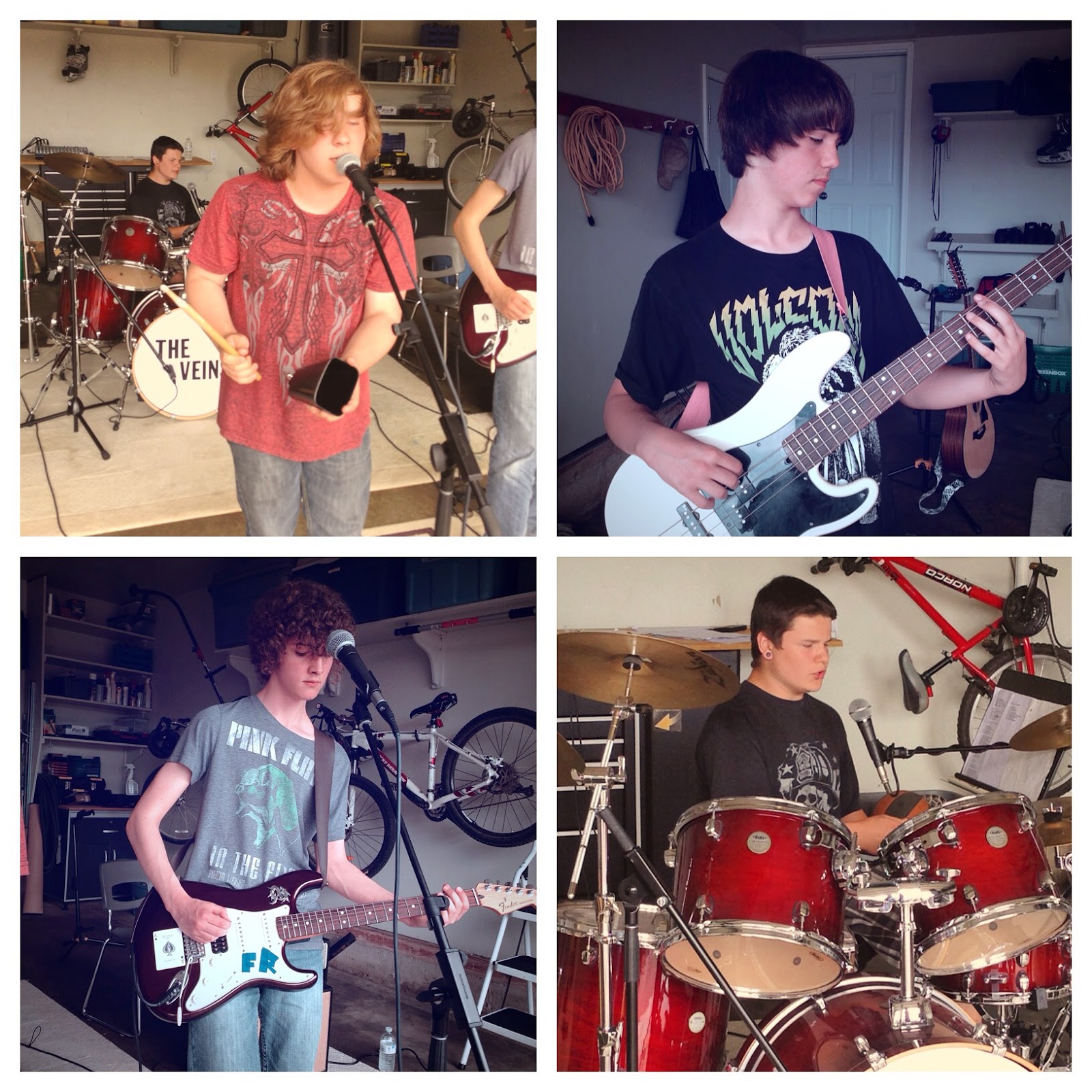 The host band was THE VEINS, a foursome made up of Aarin Lofstrand (lead vocals), Aiden Eckford (drums), Francesco Rizzuto (lead guitar) and Michael Reid (bass guitar).  They did a great job pumping out classic rock hits and even graced us with an original.

I loved the experience from beginning to end.  I loved the concept even more.  These passionate musical artists, with the support of parents and neighbours, decided to create their own venue and event.  They opened their garage door and invited folks to watch.  Rosa (Francesco and Helena's Mom) put out some chips, cookies, pop, water and a few chairs, and just like that they had themselves a concert.

"You should do this every weekend," said someone who had dropped by for a listen, appreciating the good music and the sense of community it created.

I had a great chat with Gilles, a native New Brunswicker working as a vibration specialist in the oil sands, but based down in Fort Meyers, Florida.  He had seen the boys busking at a neighbourhood convenience store and was intrigued.  An avid guitarist himself, he stood back and smiled as THE VEINS added their own flavour to great tunes by The Beatles, Neil Young and many other rock icons. 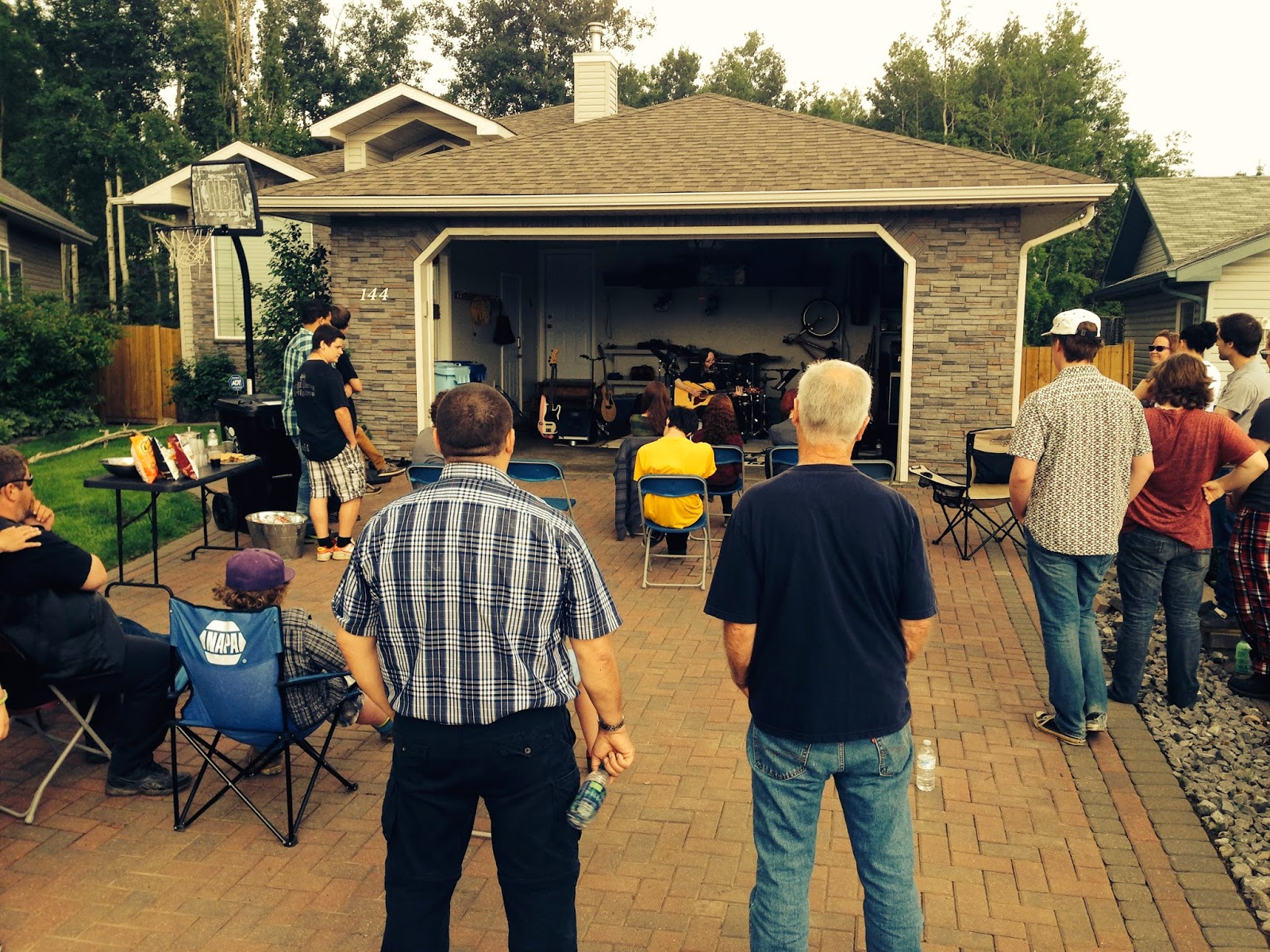 Talk about building a sense of community!  Talk about putting it all out there.  Selling lemonade on your sidewalk is one thing, but putting on a show is something completely different.  It was a come one, come all affair that brightened up a neighbourhood's Sunday afternoon and gave a group of musicians a chance to share their talents with an eager and engaged audience.  Well done!
Email Post