Failed socialist experiment or something else?

Two themes about Cuba emerged as we were preparing for our annual family winter vacation.  First of all, people in the Caribbean country have nothing; they are dirt poor.  The second idea - which was easy to buy into, as it fed into everything I have heard learned about Cuba - is that it is "a failed socialist experiment."  After spending a week in this beautiful country and meeting some of the people who call it home, I am struck that my lifelong American-filtered view of Cuba could be absolutely wrong.

After a day trip from Varadaro to Havana, seeing the historic city in person, and hearing a portion of the country's narrative from a 20-something university student who was our tour guide, I went from being apathetic about the context of Cuba to being intrigued by it.  When we got back to our home base at the Sol Palmeras Hotel, I bought one of those government approved books that I imagine you see at most tourist destinations and certainly at airports and other transportation hubs.  This one was called the "Cuban Revolution Reader". 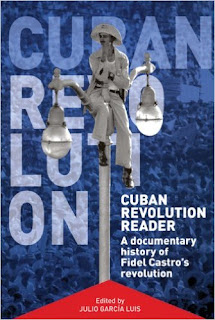 Bearing in mind that this documentary-style trip through post-revolution Cuba may have elements of propaganda, the bulk of its content is translations of speeches and letters by people like Fidel Castro and Che Guevara, and governing documents like their constitution and various other pieces of legislation. 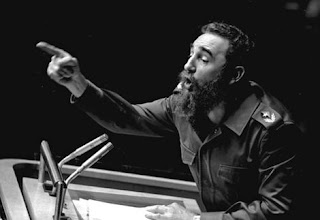 The image in my head from this period is that of Fidel Castro on the dais pointing his finger and raving about this, that and the other thing at super speed Spanish.  This book slows everything down to measured words, phrases and concepts that make it discernible and compelling. 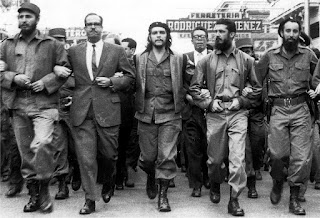 This collection of idealistic revolutionary leaders ignited the masses and managed to unseat the most powerful country in the world (the U.S.A.) from their unfettered control of, and influence over, a country a mere 90 miles off the southern coast of Florida.  They then delivered on radical and transformational systems change that has successfully delivered on a series of foundational challenges that included a staggering illiteracy rate (37% in 1959), paralyzing poverty, horrible access to healthcare, and a untenable divide between the Haves and the Have Nots.  How did they pull it off and how have they survived over 50 years?  Its a curious question that may take years and a lot of research to begin to understand. 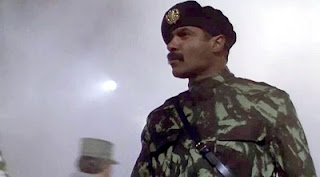 You remember the scene in the movie Red Dawn when America gets invaded by the communists?  The leader was a Che Guevara-like Cuban general who was one scary dude.  That was one slice of American propaganda that stuck.  Another was the remnants of the Cuban Missile Crisis, and how this island nation took us to the brink of thermonuclear annihilation. 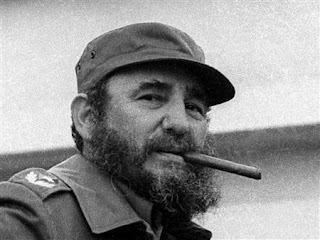 A third, and perhaps the most penetrating, was the image of its longtime leader, Fidel Castro, now 89 and retired, with his military fatigues and scraggly beard.

These impressions, delivered hundreds of times on television, in movies and magazines, offered up an American-centric view of a socialist country that frankly, I have never questioned or explored.

Do the masses in Cuba have the stuff that we do as Canadians?  Do they make wages that are comparable to ours?  No, they don't.  However, the young fellow who showed us around Cuba and the 66 year old taxi driver both expressed a pride of place, people and country that was striking.  When I asked Jose, the tour guide, about the comments we heard about the people of Cuba being "dirt poor" and having "absolutely nothing", he looked perfectly perplexed and was taken aback.

Of course, one's overall impression of a place is greatly influenced by the people you run into.  It is conceivable and likely that there are restless and unhappy souls within the socialist society who wish it was something else.  We were only exposed to those who were contented and fiercely loyal to the so-called revolution and its ideals.

There are two sides to every story; somewhere in the middle lies the truth.  In the case of Cuba's story, it is likely not the demonic communist regime as depicted over the last 50 years, nor is it likely the perfect socialist society where everyone is living in blissful harmony.  All of that said, it is worth further investigation and consideration, and another visit in the future.

I was saying to Heather that if we make a second trip I'd like to have a more authentic experience, free of the trappings of all-inclusive resort life and closer to run-of-the-mill Cubans.  It'll be interesting to see what narrative emerges after that scenario.
Email Post