My dance with Dylan

Bob Dylan has won the Nobel Prize for Literature.  Some people may grimace and turn up their nose when they hear this news; I applaud it.  I have felt for the better part of my adult life that Dylan is a singer/songwriter/poet of the highest order.  His words have been with me for so long that it feels they are part of my bones.

In the way the public sees a particular nominee for President, people either love or hate this minstrel who emerged in the pubs and bars of New York City at the dawn of the 1960s.

Heather and I saw him in concert at the Saddledome in Calgary some years back.  I thought it was a marvellous performance.  His voice was in fine form and he twisted and turned familiar classics into song treatments that were totally fresh and fantastic.

I have painted and drawn Bob Dylan several times throughout this creative journey.  I thought it would be appropriate on this day to share a few of these. 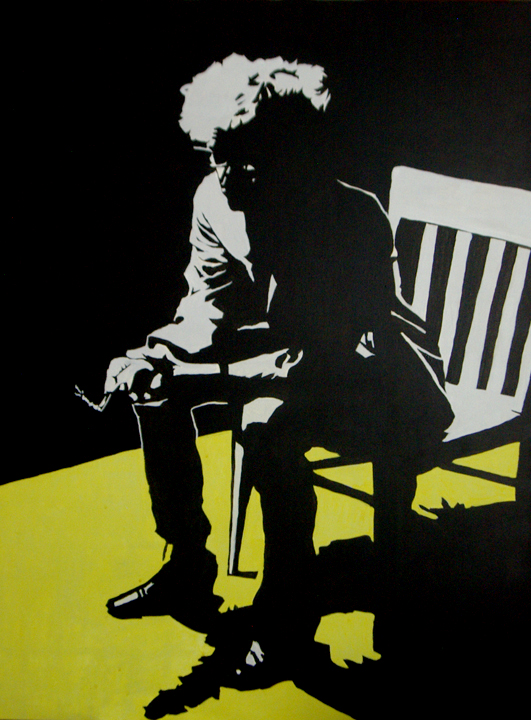 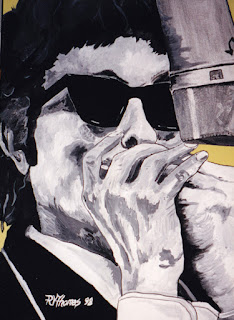 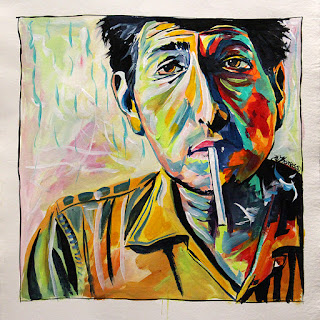 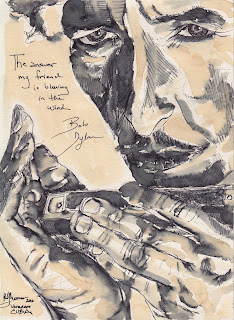 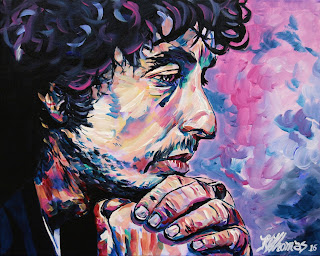 I know my journey with Bob Dylan isn't over. I don't think his journey with us is over yet either.  He is now 75 years old, but still writing and touring on a regular basis.  Winning the Nobel Prize is a huge deal, a testament to his legacy on music, and particularly, songwriting.
Email Post