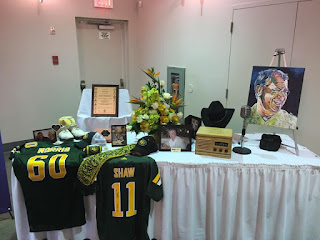 Friends and family converged in Edmonton yesterday for the celebration of life for Kelly Boyd.  Unfortunately, I couldn't be there in person; I had a painting engagement that I had committed to that kept me in Fort McMurray.  I was there in a quiet way, through a painting that I created to contribute to the celebration.  Apparently, Kelly was very specific in terms of how and when he wanted people to gather.  Most importantly, he wanted some time to pass so that some of the grief of loss had subsided.  He wanted people to have fun yesterday; something tells me that they did. 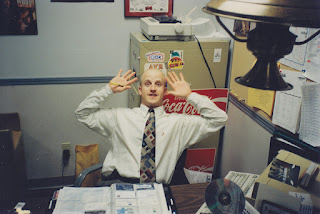 Kelly invited me to come to Fort McMurray for a job interview in early 1996.  I drove up from Drumheller, stopping at a friend's place in Vegreville before coming up the rest of the way.  It was a bitterly cold winter and the coldest day ever as I traversed my way north: minus 43 with no wind.  I recall that it was so cold that the shocks on my 1989 Chevy Cavalier no longer worked; I felt every rock, bump and crack on the road.

At some point on the journey, on some gravel back road, I suddenly heard thump, thump, thump.  I got out of the car into the biting cold and saw that one of my tires had blown and had been shredded down to nothing.

"Great!" I though to myself. "I'm in the middle of nowhere. It's colder than I have ever felt.  My tire is toast.  And there is no way I'm going to make it in time for my interview."

I put on the spare tire, back tracked to Vegreville, and got the car to a tire shop.  Kelly was very gracious and allowed me to reschedule for the following day.

It was an inauspicious beginning to my 21 years in Fort McMurray, but Kelly successfully turned the energy around and convinced me that this was where I needed to be.  He was right. 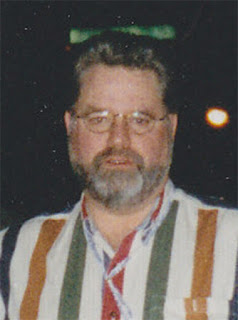 Thinking of Kelly these past few weeks, a number of memories pop to mind.

We would sit in the wing backed chairs in his corner office at the back and have tremendous debates about radio, community, and myriad topics that came up.  He loved a good exchange of stories and ideas.  If his door was open, he liked people to pop in.  It was a great space.

On payday, money didn't flow into accounts automatically like it does today.  Instead, Kelly would walk around to every single person in the office, extend the pay cheque in his left hand and offer his right for a hearty shake.  He felt payday was a time to honour effort and he created or continued a tradition that made getting paid something special.  There were a few times when I was the senior manager on duty and I got to make the deliveries.  It always felt like a privilege to go around thanking everyone for their work and giving them a cheque.

Kelly was a community guy, through and through.  He was immersed in multiple grassroots efforts to help people and make a stronger Fort McMurray.  He was also a big advocate of resilience (back before the word was a going concern), and worked with charities and nonprofits to help them be successful, but not by giving everything away.  Kelly took his professional relationship with community benefit organizations very seriously.  He felt strongly that they needed to come to the table with something, an investment of some kind.  He then went above and beyond to use the power of radio to help their cause.

He was a champion of the Oil Barons hockey team, the Food Bank, Kinsmen/Kinettes, interPLAY, Blueberry Festival, Canadian Cancer Society, and so many other organizations.  Community was stitched into the fabric of the OK Radio Group, largely because of Kelly.

Great broadcasters have been influenced by his mentorship.  Names like Andy Carlson, Mark Stiles, Dan O'Toole, Mitch Peacock, Kenny Jones, Dave Wheeler, and Bruce Daniels come to mind, along with many others who came, went, and grew as radio professionals during the time that I was there.

"What gets measured gets done," was another favourite. 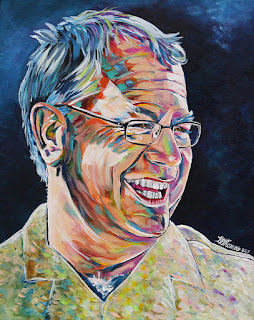 He lived large, played hard, and cared deeply.  If there was a radio hall of fame in Alberta, Kelly would need to be in it.