The next Mayor will be... 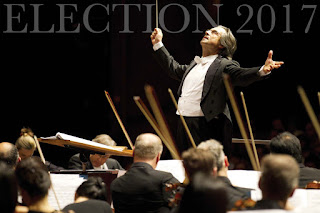 Councillor Tyran Ault has announced on social media that he won't be seeking re-election this fall, nor will he be throwing his hat in for Mayor.  For others considering running for the top job, this is great news, as he would have been next to impossible to beat, in my view.  Other names have popped up in recent days as potential candidates for the Mayor's chair, some expected, others not.

The news shared by Tyran this evening and several swirling rumours bring up the following questions:

Who do you THINK will run?

Who do you WANT to run?

Who do you FEAR will run?

Maybe you don't care.  Personally, I think that's a fair response.  We all live busy lives, working and taking care of family.  Having a spare moment to give consideration to an election way on the other side of summer doesn't make the priority list.

Having been a municipal councillor, I do care.  The Mayor is an important role that requires a particular sensibility and set of skills.  You get the wrong sensibility or skills in that chair and all hell can and will break loose. Many municipal councils in Alberta and throughout Canada have proven that out over the last few decades. It is a role, less about power, and more about process and protocol.  It is about being a respected voice for our region, reflecting to the world the policies and vision of a council that represents the people.  It is about being present in the communities, large and small, regularly and mindfully.  It is about leadership, in the truest sense of the word.  It is about effectively chairing an elected body of 11 individuals who are charged with the responsibility of making decisions that are in the best interests of the greater good.  It is not an easy task, believe you me.

The Mayor and Council of the day has had to deal with a lot: a significant downturn in our local and provincial economies, the death of a councillor, two issues of councillor eligibility to serve, and the largest disaster in Canadian history.  It has been a tough ride for this group.  At times, they found it difficult to get along, particularly in the first two years.  They made a lot of tough decision during an extraordinary period in our region's history.  They have all served to the best of their abilities.

Maybe it's a little early to be talking so openly about a municipal election that is....let me count....nine months away.  But I guarantee that tongues are wagging behind the scenes, not just about who will  or should run for Mayor, but Council, too.  This is the time when strategy is created and the symphony of the fall campaign gets composed.