Bangkok by gosh and by golly

The moisture in the air hangs on you, long after the sun has set and the day stands aside for night. It was 27-degrees for much of the day, not bad at all by Bangkok standards. This would be more of a cool day for them.  I am sitting out in the common area, a collection of tables under cover from the elements but very open to the air. 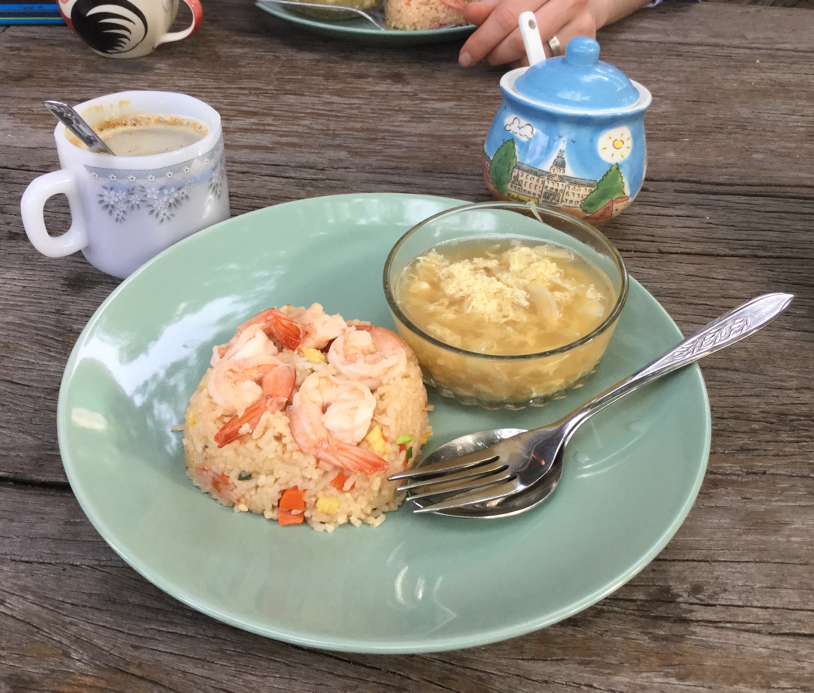 Our hosts, Pop and Nitaya, made us an amazing breakfast, a breakfast as un-Canadian as you can imagine: hot and spicy soup and lovingly made fried rice followed by bananas in warm coconut milk. Amazing. Pop then made us a cup of coffee, but in a way we have never seen before. He started with the coffee beans, grown on his plantation in the south.  Using a copper bowl he roasted them over a flame until they were a mix of black and rich brown robusta beans.  Heather actually helped with the stirring. The beans were hand ground then pressed into a super medium roast cup of espresso.
Pop then gave us a tour of his home museum, a stunning tribute to the five generations of his family that have lived here for over 100 years. He showed us old storage chests, fine China, old radios, weapons, clocks and even a working grammaphone. His collection would be priceless; the opportunity to see it and hear the stories are part of the Homestay experience. The tour went through several large rooms and several floors, the floor made of teak wood, which felt so good on the feet. In this Buddhist home, the shoes come off before going inside; the same goes for the Homestay cabins.
Our day beyond the walls of this beautiful oasis began at Wat Pariwat, a Buddhist temple just a few blocks away. Someone said that there are over 500 in this city. It was fun seeing the mosiacs, a mix of old and new, and the amazing artistry that went into their creation. Super heroes like Batman, Spider-Man and Captain America were included in the mix. As a way of supporting the temple, vendors sell loaves of bread that are then used to feed the fish at the pier. Hundreds of catfish, large and small, converge on a single piece of bread.  It is incredible that they have learned about this place and have it hard coded into their collective memories. People come throughout the day to feed them. It is really quite something. I had wanted to do several things on this day, but on Mondays many of the public attractions are closed. Instead, we decided to travel public transit, a little by gosh and by golly. Rapid bus and Sky Train took us to an upscale shopping centre in the heart of downtown.  Shopping is certainly not our thing, but it was nice to get out of the heat and have some ice cream. We successfully made our way back and overcame any misgivings about navigating public transit as many of our plans for today (Tuesday) include using both bus and train. 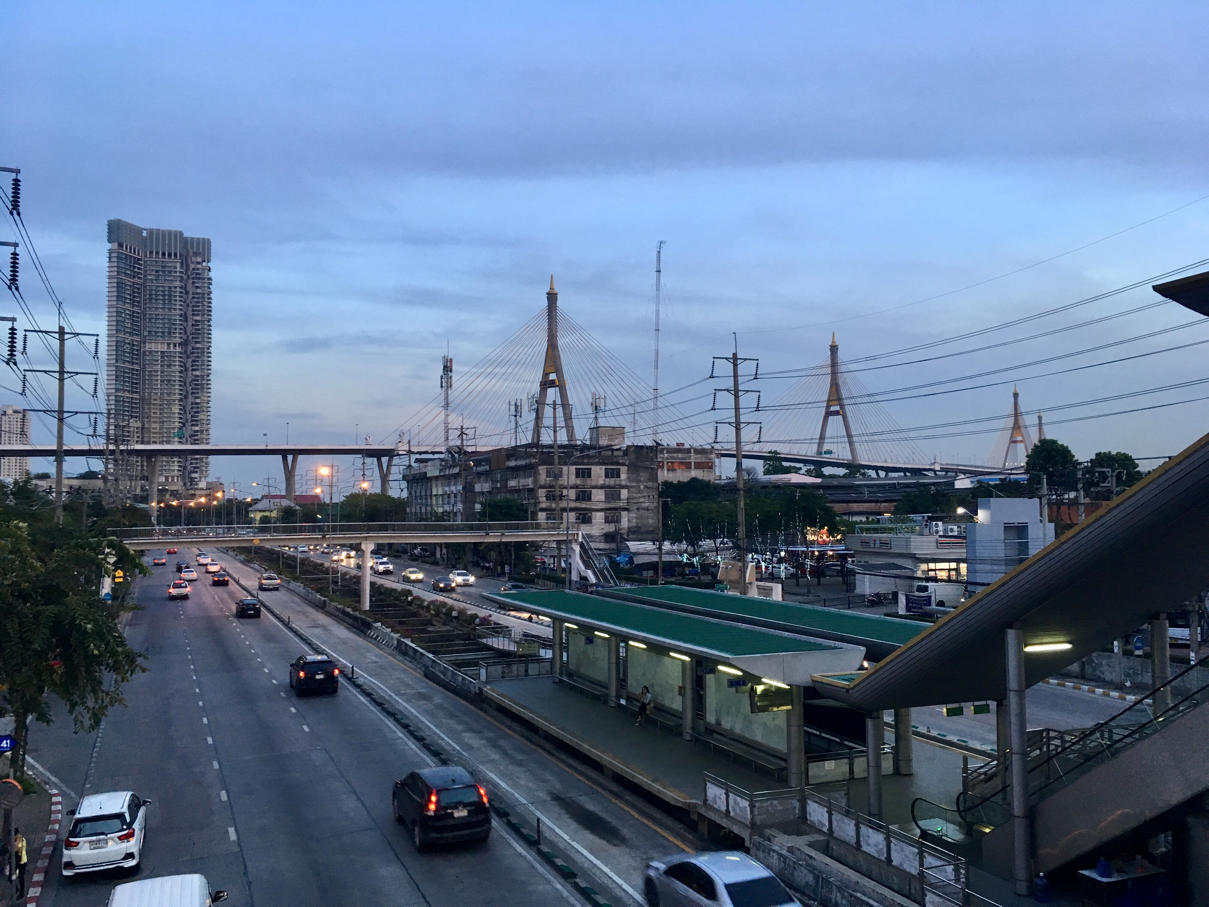 We were enjoying a lovely meal at the end of the day when we realized that the restaurant had some live music offering of a guitarist/vocalist. Noticing us, they started singing English covers like “I Started a Joke”, “Wonderful Tonight”, and “Tears in Heaven”.  The singer was truly amazing with his treatment of the language and the content of the songs. He more than earned the tip I offered at the end of the evening, though I was careful to first check with the owner to see if tips were encouraged and/or allowed.
The couple next to us, an engineering consultant and a pharmacy student, sparked up a conversation which drew us to their table. Dear (that was the fellow’s name) had spent some time in Vancouver and had a strong grasp of English. He is a young man with strong thoughts about his country and its future. He feels the military has too much control and dreams of one day being President.
“Come back in 20 years,” he said. “You never know.”
He also offered to be of assistance should we need anything while in Bangkok.
Back at the AirBnB, my time in open air to close out the day was enriched by Saurabh, an emergency management planner, with a love of watercolour painting. He has been painting for over 1.5 years and has become skilled at copying the watercolour works of other artists, a method suggested by his teacher. It is a strange way to teach in my view. To his credit, Saurabh recognized the same thing and went out on his own. His technical skill is quite remarkable. He just needs some inspiration to find his own path. Maybe my encouragement helped.
Email Post