We had an opportunity to visit some famous waterfalls today, about 1.5 hours away. However, we both felt a longing to stay in town and do some exploring instead. We borrowed two bikes from our gracious hosts and started following side streets from one end of Kanchanaburi to the other.
They drive on the opposite side of the road here. As cyclists, we hugged the far left of the left lane, giving enough space for the scooters and cars to pass. The day was hot, but the breeze created by our movement made it feel perfect. 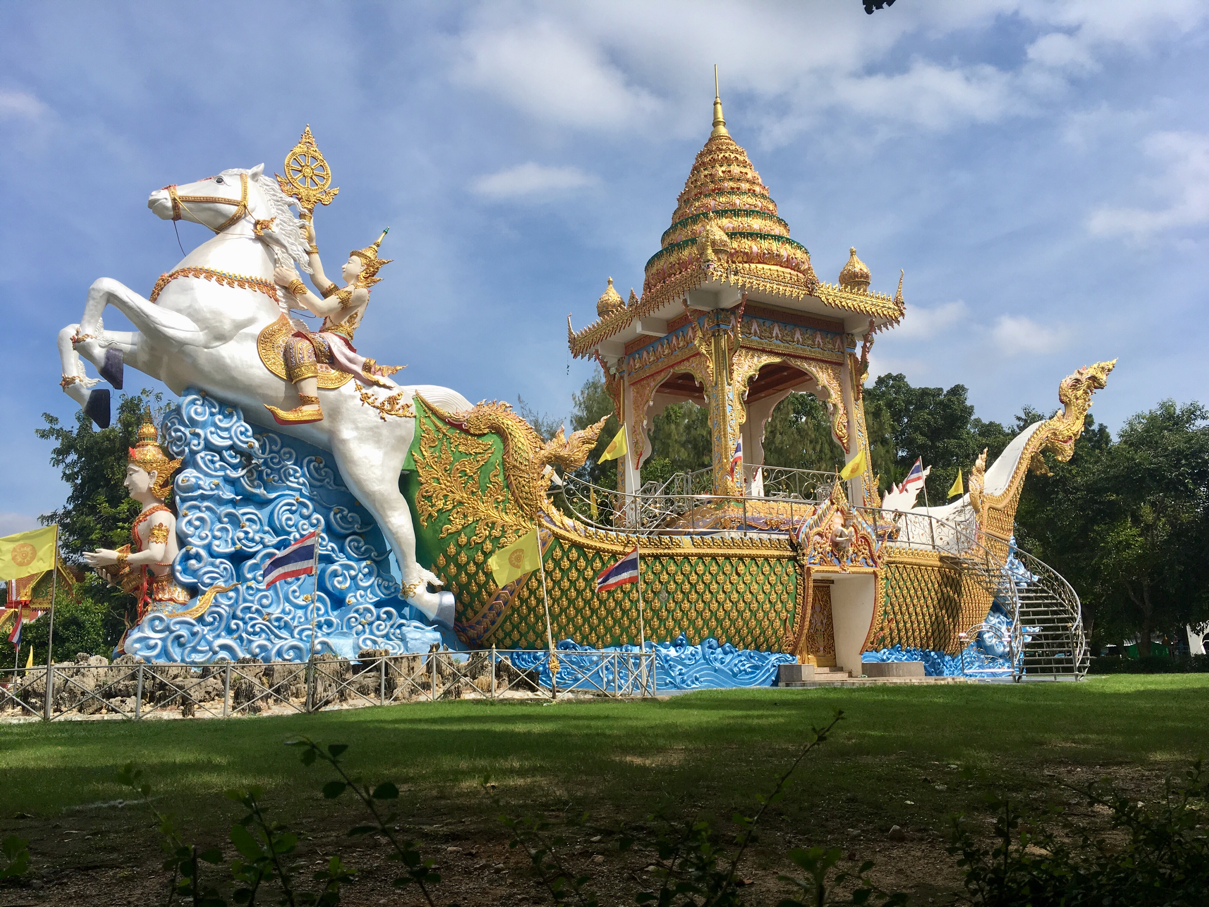 We passed through areas familiar after our long walk the day before, then into new territory: first a Buddhist temple section complete with monks with their bright orange robes and countless dogs hanging about enjoying the heat. We even ran into some chickens, colourful roosters who enjoyed hearing my rooster impressions. We knew we were in a major tourist area when we saw familiar looking establishments, including one bar that boasted that patrons could “Get totally drunk for 10 Bhat”.  All of a sudden we saw restaurants with pictures of hamburgers, fries and the familiar trappings of North American culture.  Ever so ironically, this tourist commerce is entirely driven by tragedy and human suffering. In a stretch of a couple of blocks are war museums, cemeteries filled with POWs who died building what is called the Death Railway, and of course, the actual bridge over the River Kwae (correct spelling - the movie took some liberties). Surrounding these edifices to human suffering and war are venders selling everything from shining Buddhas to t-shirts, hats and all manner of Thai kitsch. 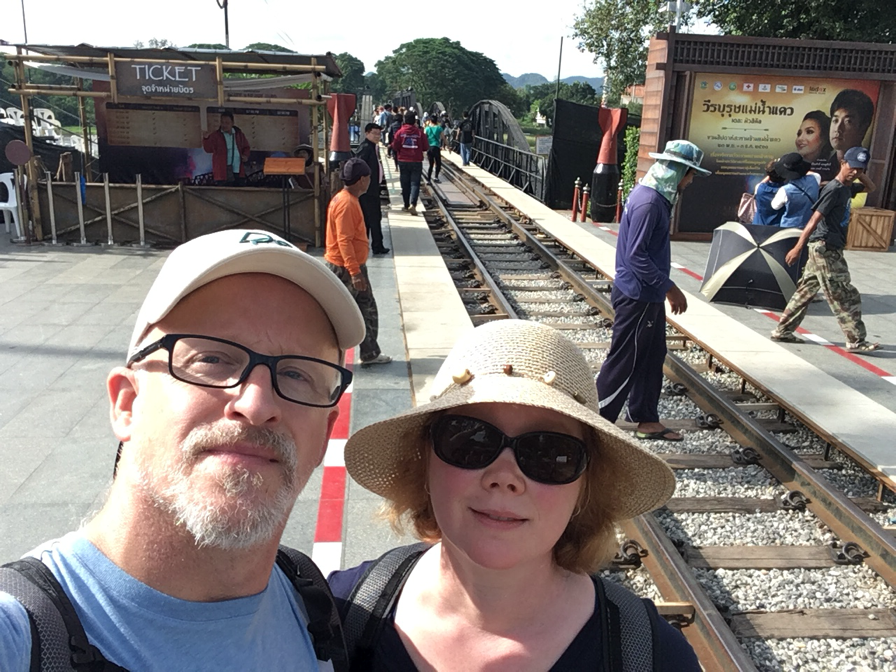 We circled back taking streets that are already feeling familiar before going onto the main drag with three lanes of traffic going in both directions. Our destination was the super market, reminiscent of a Walmart, a collection of modern stores that sell all the regular things. Prices are pretty reasonable: the equivalent of $20 CAD for Nice shirts.  A bag of nuts was under a dollar. 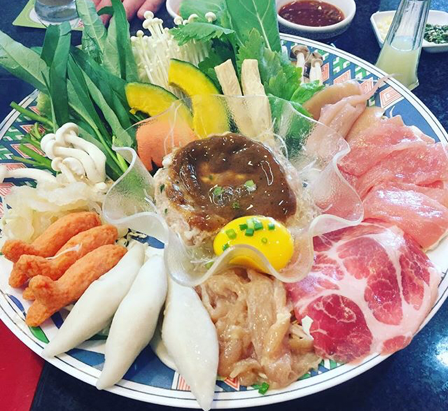 We ate at a chain restaurant, once again hot pot style. In this case, we purchased a pre-established mix of ingredients and added them to the boiling water. With the addition of some sauces, minced garlic, herbs and hot peppers, it made for a very tasty and satisfying meal. 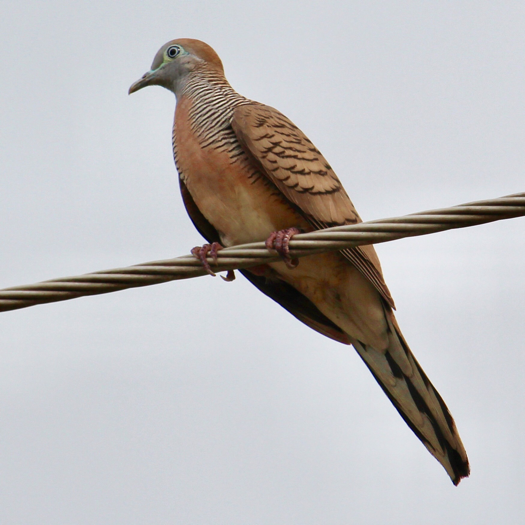 Being in a rural setting, there are tropical birds right outside our windows. I have tried to photograph a few of them. I also tried to capture their version of a bumblebee: big, black, and apparently, non-stinging. 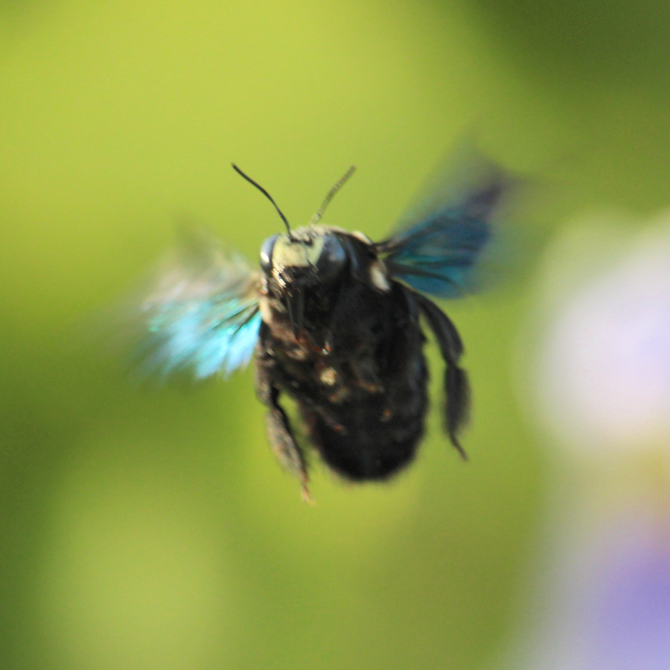 I also shot some roosters, dogs, and cows. Who knows? They could become subjects of future paintings. We ended the day by taking our hosts, Eed and Nat, out to dinner at their favourite restaurant. This was the real deal - not a drop of English to be found in the place. They did the ordering and we enjoyed an absolutely amazing authentic Thai meal and excellent conversation. Both university graduates, Eed and Nat have a beautiful home and a perfect AirBnB set up in a quaint pastoral setting, a short five minute ferry ride to the downtown core. They learned some English in school, but haven’t had occasion to use it much recently. Sharing a meal together gave them an excellent chance to brush up their language skills and share wonderful details of their country and culture. 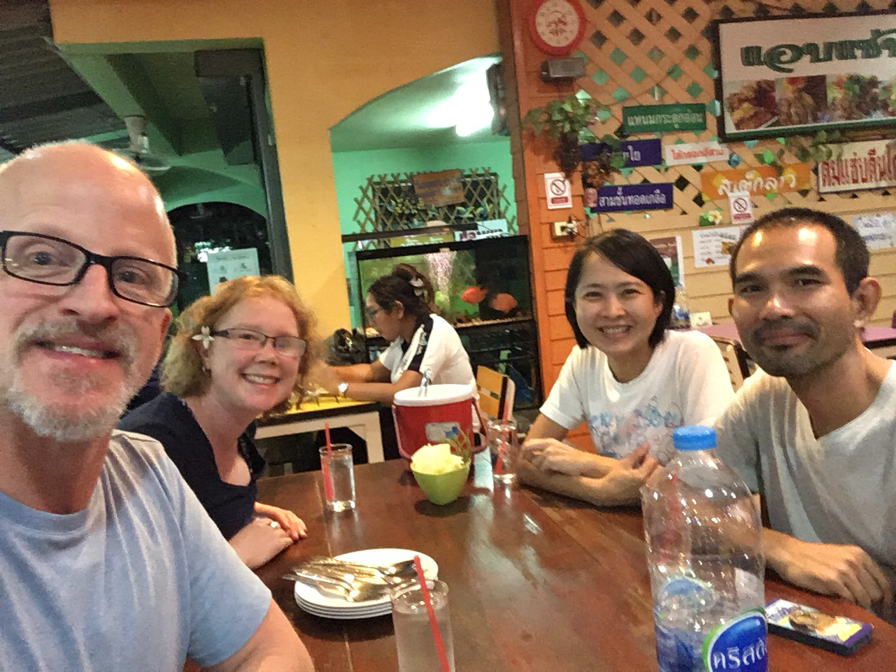 Tomorrow we will go to the elephant sanctuary.  I’m guessing that there will be no WiFi signal out there, so we’ll catch up on our photos and stories when we return the day after. 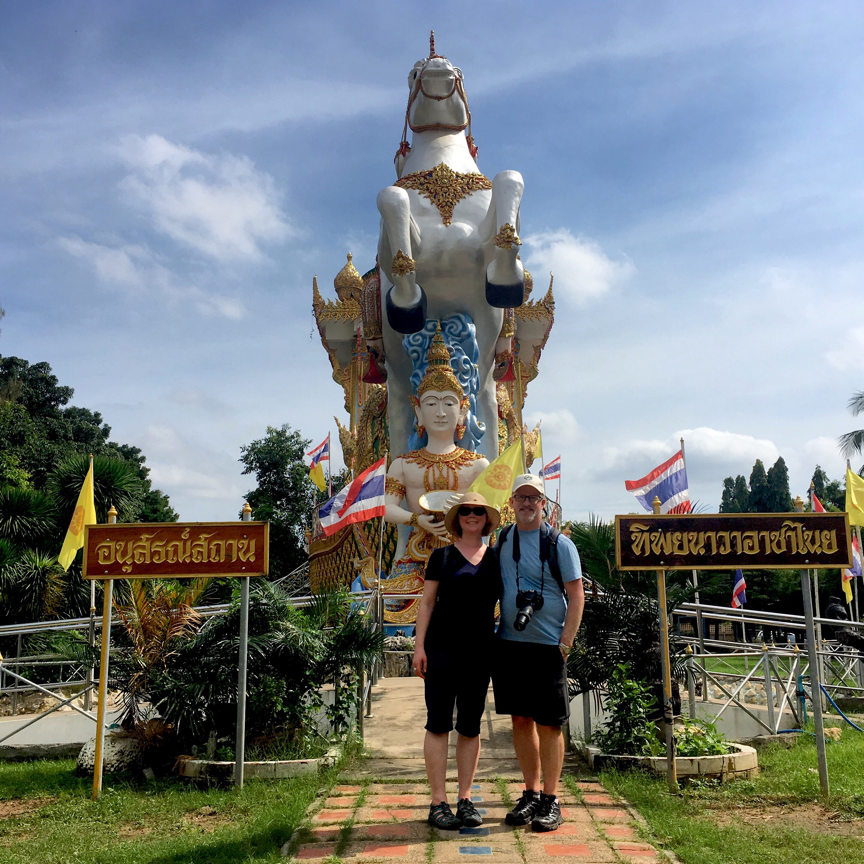 My closing thought is the realization that Heather and I are on the same journey, but we’re seeing it from two very different sets of eyes. If it wasn’t for her, I would have never seen the sign for the bookstore featuring thousands of English titles.  There are advantages of being two different personalities sharing a grand adventure.
Email Post