Heather spent the first few hours on Tuesday mapping out how we were going to get from the hotel to the train station where we needed to catch the 2 pm train to Kanchanaburi. Using Google maps, she figured out the route using skytrain and river ferry. 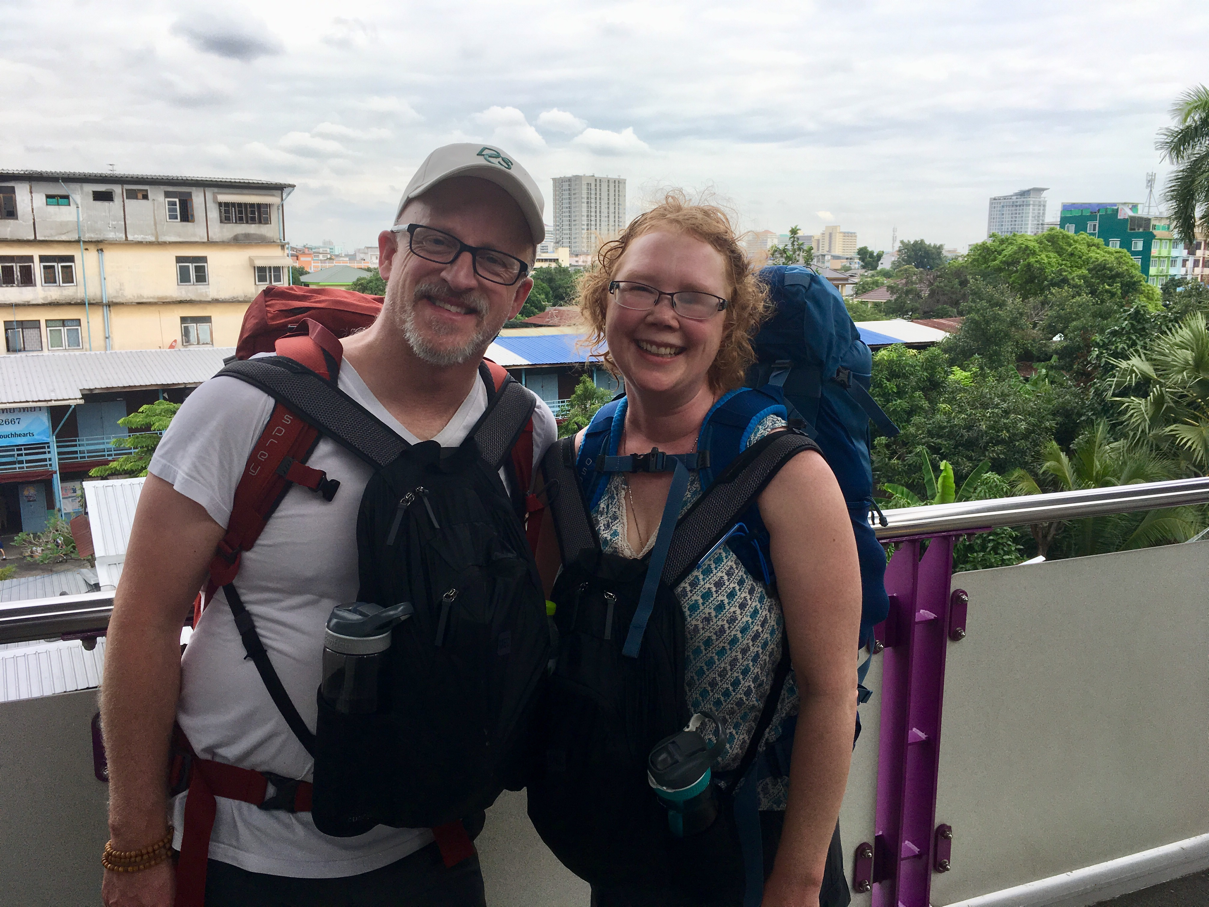 There is an element of faith in setting off in a city as large and unknown as Bangkok: faith in the technology that suggested the path, and faith that everything was going to be running just as it should. We packed everything up, loaded our bags onto our backs and set off into the late morning heat. The skytrain was easy to find and the ride quite short - three stops - before we got to the ferry terminal. Now, when I say “ferry”, it is not in the sense that you might expect. They are more like water taxis that go up and down the river, picking up passenger at various piers along the way. The passengers are a mix of tourists and locals.  The long boat we went on is one of hundreds that cross back and forth, at times, playfully just missing one another. 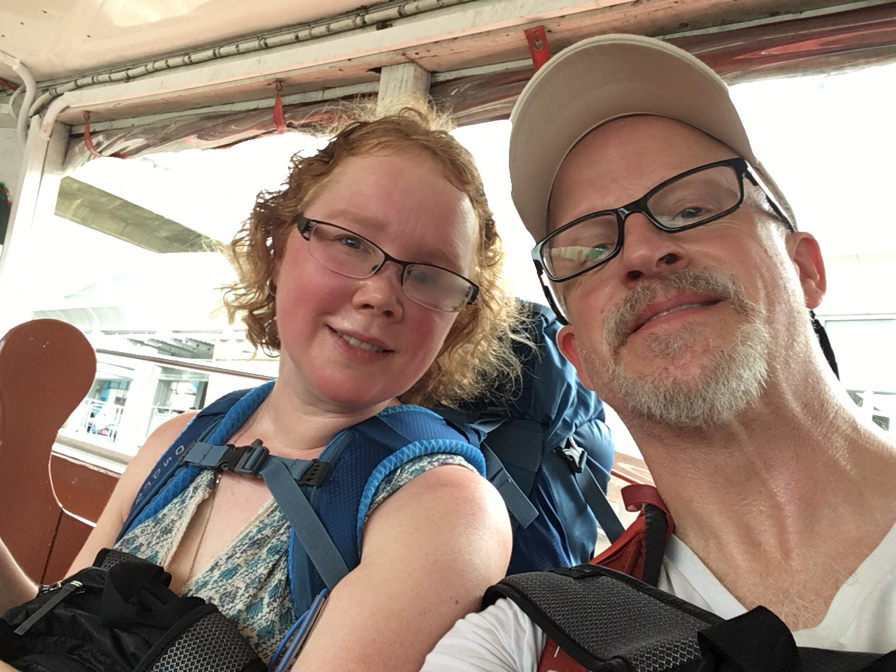 We kept our eyes peeled for our train station stop, searching for signs and markers that had English translations.  People started getting off the boat in higher numbers the further along we went, which made me nervous, as I didn’t want to miss our stop. Finally, we saw the sign for the train station and hopped off.

We found ourselves on a wide street with a massive hospital on one side... no train station in sight. I asked a young fellow if he understood English. He said “Yes, a little”.

He held up one finger and indicated that we were heading in the right direction. The station was just a block ahead, in behind a large street market. 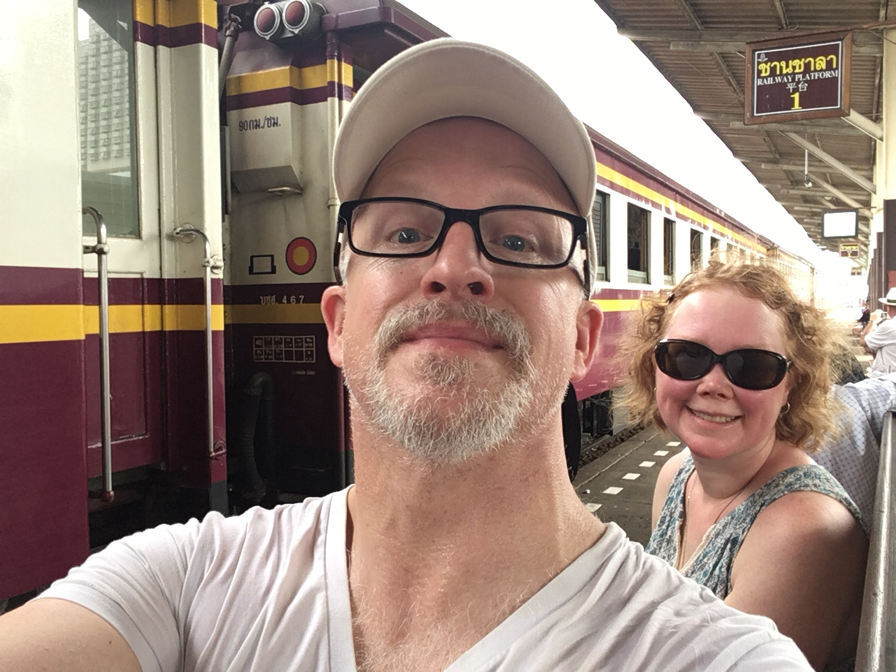 I felt a sense of relief having found it and was glad to hang out in the shade where we waited for our train. It showed up super early - 45 minutes or so - and we got on to claim a spot. If you have ever been to the marine museum in Fort McMurray and been on those old train cars, this is what our ride was like. These train cars had been in service for a very long time. The ride was sobering in a way. Along the tracks were countless homes, shacks, cobbled together shelters and piles of garbage.  At one point, the train came to a dead stop, dwellings mere inches from the trains. We were looking down into the open door of a one room dwelling of a man covered in tattoos. He was going about his business as if having a train full of people stooping right at your door was completely normal. He had a blanket laid out on the floor, a fan, and a few other amenities.  Despite the fact that it appeared cobbled together, it was service with electricity and even had a meter, so close to the train that I could almost reach out my open window to touch it.

I marvelled at the way people carved out homes out of whatever materials they could find.  In hundreds of cases along the three hour ride, rising water had encroached on shelters.  Some appeared to have been abandoned, others were still, miraculously, were being occupied.  Talk about resilience. Talk about innovation. 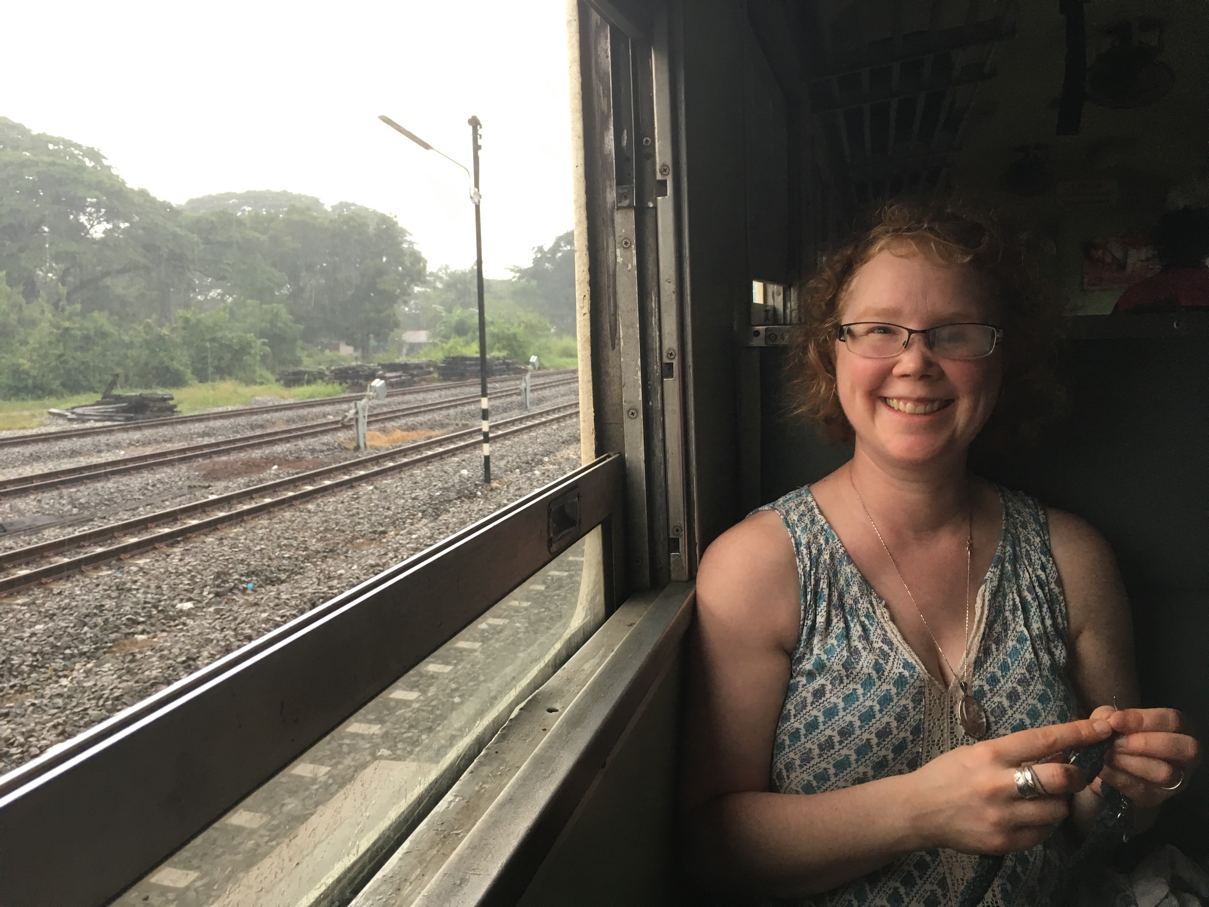 As the train rolled along, venders hopped on and off, going up and down the cars offering pad thai, drinks, snacks and small meals. One lady even appeared to be selling lottery tickets of a sort.

The currency here is called Bhat. One Canadian dollar buys about 25 Bhat. The vendors were selling things for around 20 Bhat. We got a back of popcorn.

Our AirBnB host collected us at the train station and drove us to his beautiful home across the Mae Klong River. The only bridge to cross using a large vehicle is a fair distance away. However, there is a ferry terminal only 500 metres from where we are staying. We unpacked our things and walked to the river’s edge, and paid 5 Bhat each for a lift or the other side on a flat-decked boat operated by a young lady with her daughter who was busy playing on her iPad. The sun was setting quickly as I snapped a couple of pictures including this one shown below. It felt surreal, being on the water, mere kilometres from where POWs built the bridge over the River Kwai during WWII. 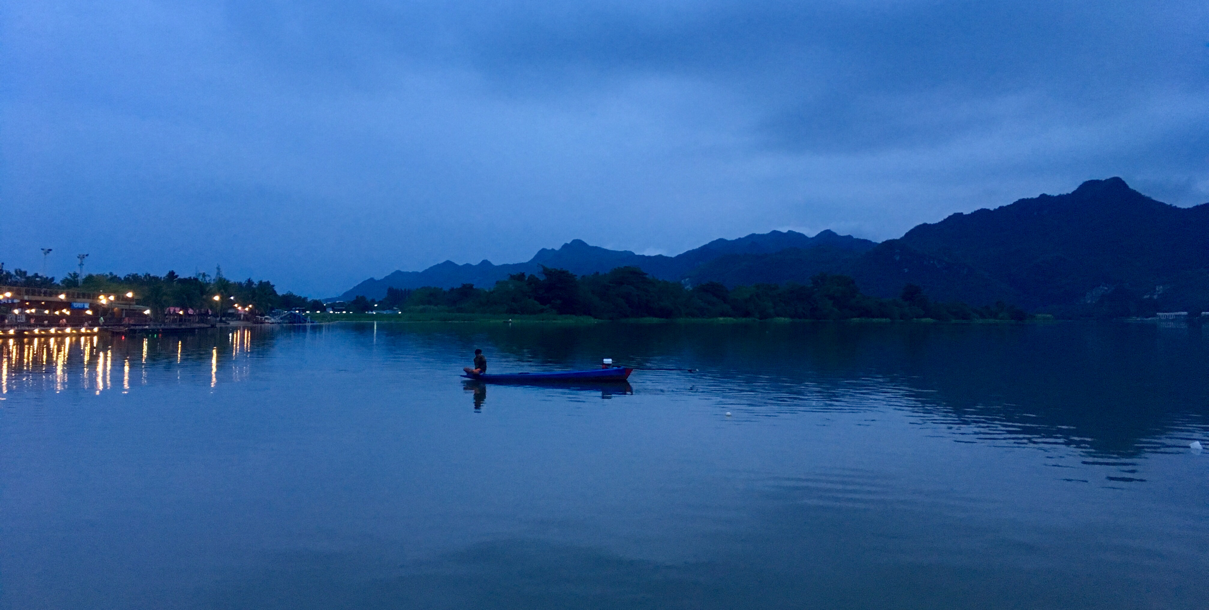 We had two choices of restaurants, to the left or right. We chose right, and enjoyed a spicy main course of fried catfish and beer.

We walked back in the dark, listening to orchestras of frogs and cicadas. A few neighbourhood dogs also offered their greetings. By the time we got settled back in our one room piece of paradise, we were both so exhausted that we crashed at 8:30. 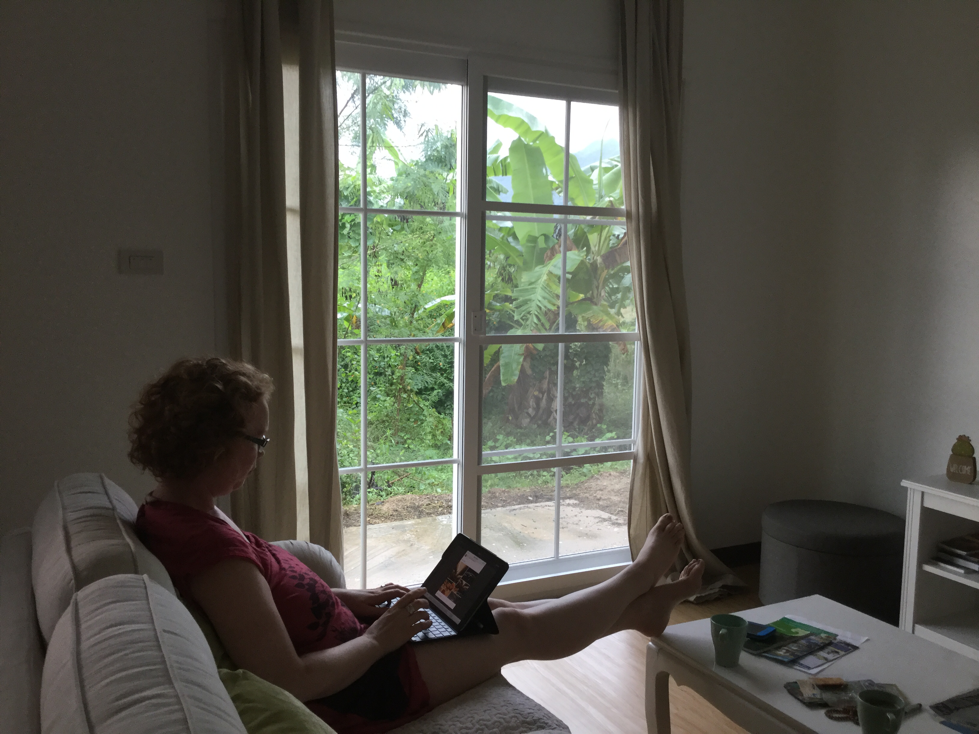 It is morning now. We are both catching up with friends and family back home sitting on the sofa, watching out the window for the beautiful birds that call this place home.
Email Post