In search of the conversationalist 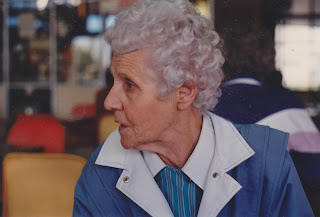 I loved visiting my mémère (my mom's mom).  We had these amazing conversations that could go on for hours.  It mattered not where we were, or what we were eating or doing.  As long as we were able to talk, that's all that mattered.

"What can you tell me?" my grandfather (my dad's dad) used to ask us, sitting next to him on the sofa.  It's a simple question, but one that demands an answer and sparks a conversation.

"How are you....really?" is another classic that I've heard, a conversation starter that pushes beneath the surface to a deeper, more truthful, place.

I was talking to my son the other day about the art of conversation and whether or not he could identify someone in his world who would be considered a great conversationalist.  He thought of one, a local media person, then ran out of ideas.  I had an equally hard time thinking of examples of people who have an ability to get a conversation started and keep it rolling.

Is the art of conversation on the endangered species list?  is it a skill that has become irrelevant with the pervasion of social media and it becoming the primary way that we connect with each other?

"Is this the person to whom I'm speaking?" asks my dad when he picks up the phone, rather than the standard "Hello."  Instantly, the conversation is charged with humour and energy.  Try it some time and see what happens.

My guess is that you're having a difficult time in identifying more than a few people who might be considered great conversationalists.  What do these few souls have in common?  I would suggest that they likely listen more than they talk.  I would also imagine that they seem sincerely and authentically interested in the person standing in front of them.  They are not checking their notifications or looking over the person's shoulder to see who else is in the room.  They are present, fully and wholly. 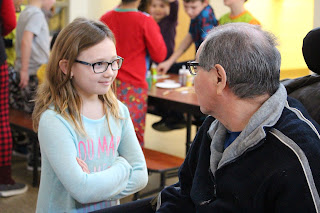 Great conversationalists ask lots of great questions. They have an innate sense of the room and have an ability to facilitate balanced group discussions.  I would also suggest that they get so focused on the person or persons with whom they are conversing that the next time they see them in the world, there will be an instant recognition and connection. 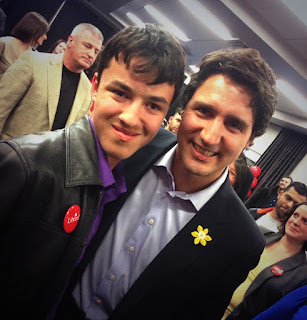 The best example I can share of this dynamic is when my older son Dylan first met Justin Trudeau.  We were in a room with hundreds of people during an election campaign stop in Fort McMurray.  Mr. Trudeau was working the room, meeting as many people as possible.  When he got to us, I pushed Dylan forward and focused on taking a few pictures.  They quickly introduced themselves and dived into a lovely conversation.  After a few minutes and in the middle of a thought, Trudeau was pulled away.  He came back after about five minutes and without missing a beat said "Sorry about that Dylan.  Where were we?"

People have so much to offer in terms of insights and ideas.  In most cases, they are chomping at the bit to share their stories.  All they need is someone to ask the questions and get the conversation started.