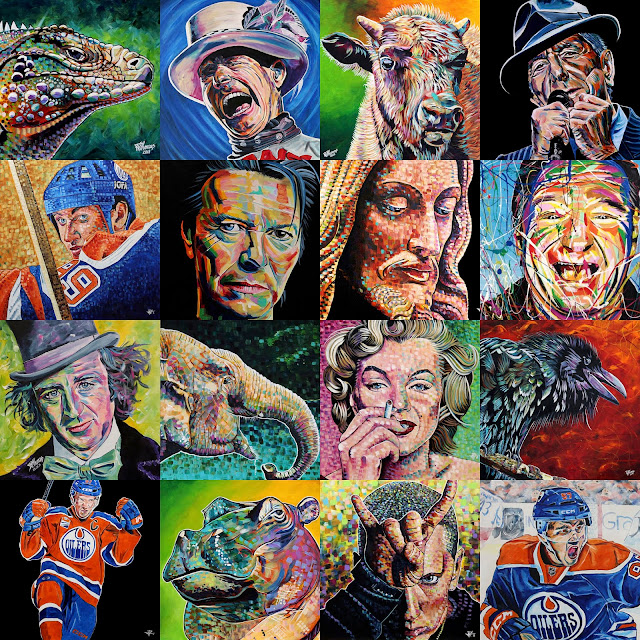 The DADS and GRADS online auction comes to an end at 9 pm MST tonight (Friday, June 15th).  Each time I do one of these sales, they seem to grow, in terms of the number items and in the number of people who sign up and offer bids.  This is the biggest one yet in both regards.

The majority of the items in the DADS and GRADS auction are gallery canvas prints.  They are on 1.5" stretcher bars and are ready to display. I had a huge selection brought in this month and it made sense to make them available using this fantastic auction interface. The net proceeds from their sales are the core reason we are able to help in the ways that we do: responding to charities when they ask for donations or schools when they want me to come in and do something with the students.  Sales of prints have helped build homes for the poorest of the poor in Cambodia (Bracelets for Buildings) and enabled us to fundraising drives for charities like Some Other Solutions, United Way and others. 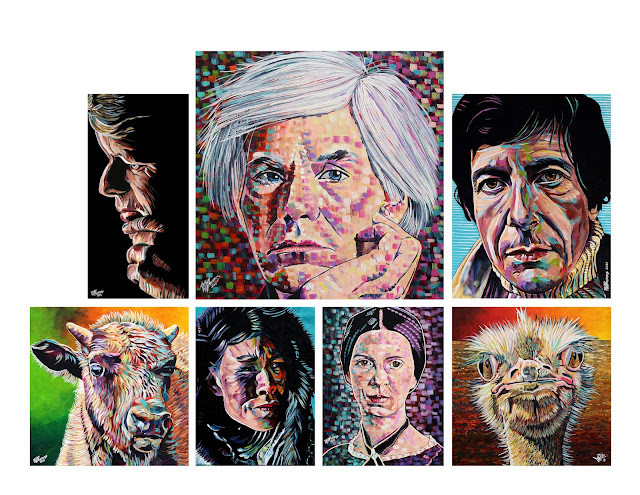 There are a few original items in this auction.  They are at a higher price point than the canvas prints, for obvious reasons.  Several are still looking for their first bids.

As I look at these, the ones that speak to me the loudest are Andy Warhol and Robert Kennedy.  I feel a kinship with the famous pop artist and feel this portrait expresses that connection.  The Bobby Kennedy portrait reminds me of the man and the time in which he rose to prominence and sought the democratic nomination for president in 1968.  I came into the world during that crazy time in the late 1960s. What speaks to you?

The DADS and GRADS auction will close exactly at 9 pm MST.  There is no wiggle room on either side of that time, as others have discovered in the past.  People eager to win their items sit at their computers and watch in the final minutes and seconds, ready to up their bids if necessary.  It's kind of exciting.

I'll be in the studio all day on Saturday to facilitate any pick ups that are required.  As Father's Day is the day after, I want to make sure everyone gets their gifts in plenty of time. 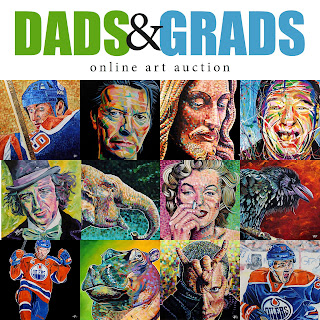 You can view the items and bid in the DADS and GRADS auction by clicking here.
Email Post