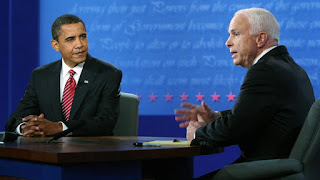 Senator John McCain drew the short straw when it came his turn to run for President and found himself running against Barack Obama.  He was on the opposite side of the sea change that was rolling through America.  This charismatic black man with his "Yes we can" message is largely what we remember about that period.  Senator McCain is there, but more like the afterglow effect afforded to other also-rans in American presidential races.  John Kerry, Bob Dole, and Michael Dukakis come to mind in modern times.  Hubert Humphrey, Barry Goldwater and Thomas Dewey would be good examples from generations past.

Though McCain found himself the loser in one of the most significant presidential races in American history, he is being remembered as a winner after having died last week after a battle with brain cancer.  He was 81.  Praised from both sides of the aisle, McCain was largely seen as an authentic American hero, having survived a long residency in a Vietnamese prisoner of war camp.  It's almost inconceivable to think that the current president hasn't been hung, drawn and quartered for the things he has said in this regard.

"He's not a war hero.  He's a war hero because he was captured.  I like people that weren't captured."

To be fair, he said that in 2015 before he was elected, but not long before.

It is telling, and appropriate, that he who shall not be named will not be attending McCain's funeral.  Instead, the late Senator reached out to former presidents Obama and Bush (W) to ask if they would be willing to deliver eulogies at his funeral.  Anticipating his passing, McCain wanted to send a message about civility, non-partisanship, leadership and dignity. 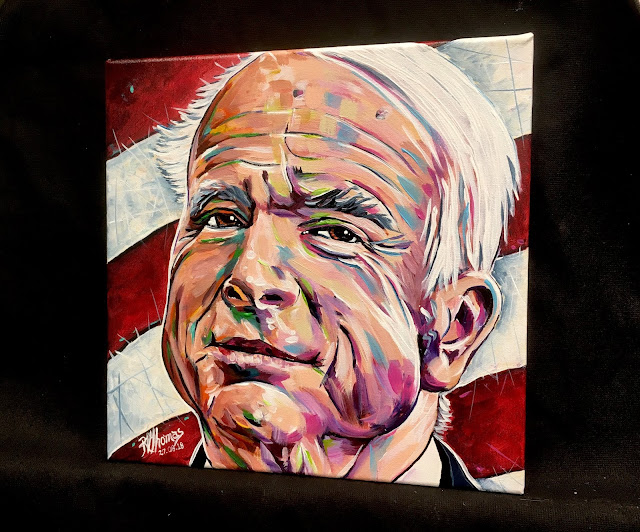 It was Andy who suggested that I should do a portrait of John McCain.  He was among more than a few people on my feed who admired the late Senator.  Three words kept going through my mind as I worked on this one:  duty, determination and dignity.

When children look to history for examples of great leadership and people who served with integrity and grit, they need look no further than Mr. McCain.  He sums it up in a final letter that he left for the people of his country.

"I’ve tried to serve our country honorably," he wrote. "I’ve made mistakes but I hope my love for America will be weighed favorably against them. I’ve often observed that I am the luckiest person on earth. I feel that way even now, as I prepare for the end of my life. I’ve loved my life, all of it. I’ve had experiences, adventures, friendships, enough for 10 satisfying lives, and I am so thankful. Like most people, I have regrets. But I would not trade a day of my life in good or bad times for the best day of anybody else’s."