I grew up with the songs of Michael Jackson, though I wouldn't have called myself a fan.  That is to say that I didn't consume every bit of detail about his music and career.  It was hard not to consume the stuff about his personal life; we were pummelled with it almost daily.  Skin disorders, a dangling baby, allegations of sexual misconduct, all were tabloid headlines in the 1990s.

I owned the Thriller (1982) album, as did everyone else on the planet back in the 80s, but the album that I connected with more was Off The Wall (1979).  I wore that one out.  The ones that followed - Bad (1987), Dangerous (1991), etc. -  were peppered with recognizable hits, many of which appears in This Is It, the documentary film that captures the preparation process for Michael's final tour that never happened.  He died just two week before the 50-stop sold out tour was about to begin. 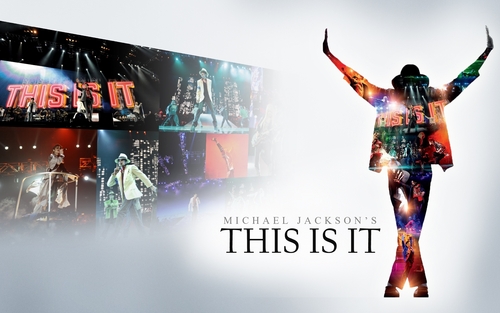 My brother-in-law Michael had mentioned the film when we saw each other at a family reunion last weekend.  He was particularly struck by the film's focus on the preparation process.  This was an inside view of the King of Pop at work with his peers.  While its creation and release were controversial - the family didn't endorse it - I'm glad it was made.  It gave me a renewed appreciation for the artist, his music and the way he moved.  Apart from being a strong songwriter and vocalist, Michael Jackson had a dancer's mind and body.  He proved that in spades as they rehearsed up to 22 different numbers.

Watching Michael in his element, surrounded by other passionate dancers, musicians and artists, it is clear that he was a consummate professional with a strong work ethic.  He had a clear vision for the material and of the end product he wanted to share with world.  When something wasn't perfect, he would stop everything, suggest small changes and do it again.

He appeared to be in excellent shape, both physically and vocally.  We saw the impact that his death had on fans and the general public.  Imagine how those working most closely with him would have reacted and felt.  Watching this film, it almost unimaginable. 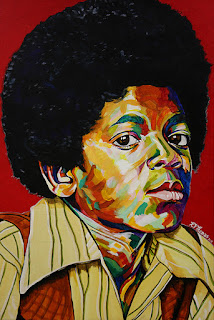 Because Michael Jackson was on my mind so much this week, it made sense to spend time with him at the easel.  I had painted a portrait of him from his Jackson Five period for the Northstar Ford Motown Collection in 2015.  I thought it was time to do a portrait of the grown up Michael. 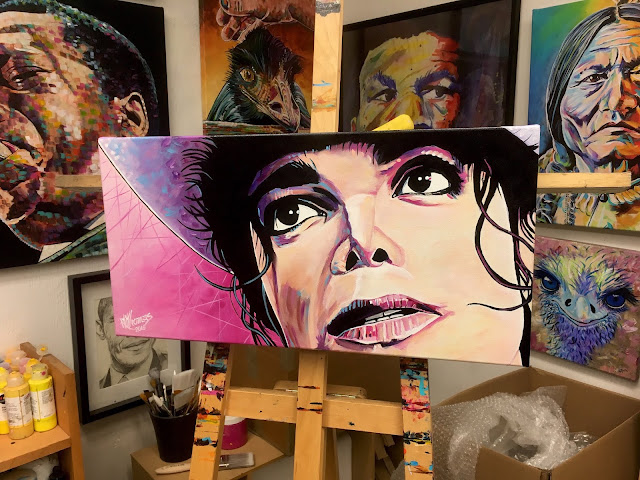