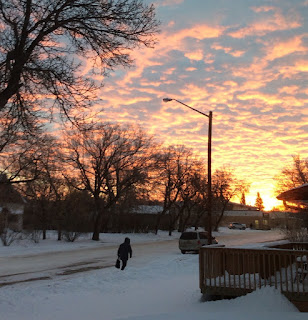 As my father was diagnosed with colon cancer and had to have a tumour removed in 2011, my brothers and sisters rushed home from several provinces.  We all wanted to be there to support our dad as he faced the biggest fight of his life.  It all seems like a distant memory now, but back then we feared that he had less than a year of life left.

The doctor that operated on him in Yorkton was the one that said that the cancer was advanced and had moved into several other organs.  His small town family doc was the one who said that "what happens now is all about what happens above the shoulders".  Attitude was going to be everything in terms of Dad's chances.  As soon as he emerged from the fog of pain meds, he started doing exactly what the nurses asked him to do. Within days he was on his feet walking around. 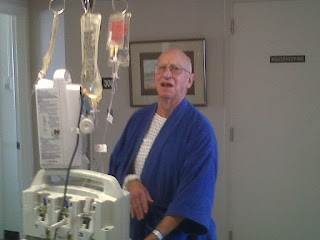 Within a couple of months, he seemed like a different human being.  The initial fears of having to live a reduced life were gone.  After a couple of years, he was back to shovelling snow, climbing ladders, and painting whatever he could get his brush on. 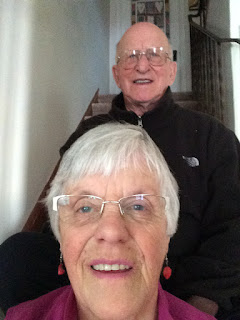 After 8 years, a colonoscopy, and an MRI, he has been declared cancer free.

"Did they have an explanation?" I asked.

He didn't really have an answer.

Whether it was the fresh perspective - he has a new oncologist - or his good living, a miracle has happened, and at the age of 84, Dad has been given a clean bill of health. 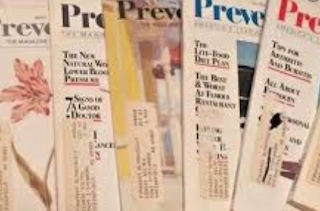 He has always taken an interest in the little things you can do to maintain your health.  His dad, my grandfather, had subscribed to a magazine called Prevention.  He would read about vitamins, diet, and various other studies that have shaped his nutritional and life habits.  I've been hearing about the benefits of bran, flax and fibre since I was a teenager.

My father's side of the family has been blessed with long life.  Grandpa lived to 99 and had a decent quality of life up until the final few years.  Dad is now 84 and still takes care of the seniors in the neighbourhood.  Mom is a few years younger and has been remarkably healthy through her life.  I take none of it for granted, as so many people that I know have parents who are either gone or not well.
Email Post