His way of framing his generous donation to Some Other Solutions and becoming "the custodian" of the painting made a strong impression on me.  It eventually revealed a path to my involvement with Bracelets For Buildings, first as a sponsor/ambassador and eventually as a board member.  That path has included three major fundraising initiatives involving my art and the construction of two homes for less fortunate families in Cambodia.  The third will go up in February 2020. 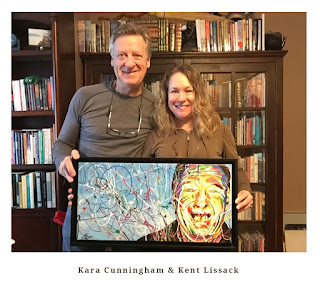 Kent and Kara have decided to once again offer up the original Robin Williams painting to anyone who would be willing to sponsor the construction of a home in our next building season which is rapidly approaching.  They want this portrait to continue inspiring generosity and positive change in the world.  It has been added to our BIRDSONG NOVEMBER online art auction that you can visit by clicking here.

Bracelets For Buildings (B4B), a charity based in the US, has amalgamated with Carpenters For Cambodia (C4C), a Canadian charity based in Alberta.  Joining forces now positions the charity to write tax receipts both in both countries, creating more opportunities for partnerships, sponsorships and ambassadors. 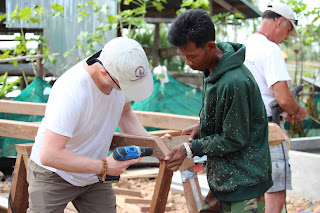 Heather and I have chosen to not only sponsor the construction of homes, but to travel abroad as ambassadors.  Our two trips to Cambodia have allowed us to connect with recipient families and see firsthand the impact that sustainable housing can have.  Returning to the village that we first visited in 2017 and meeting with a number of the families who received homes, it was absolutely clear that their lives had greatly improved. 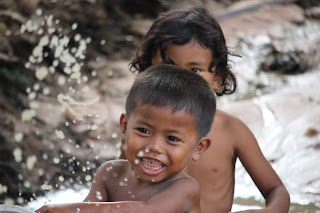 Cambodia is a very poor country and the people that we met during our first two visits are making less than $10 a day.  When they are working in the rice fields, they make as little as $4 or $5 a day.  However, when the tourist trade is quiet, they have no choice but to return to the fields and do manual labour to sustain their families. 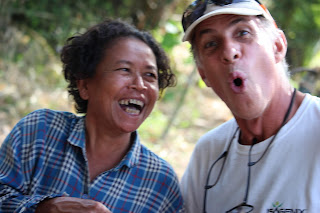 There is no social safety net in Cambodia.  When you get sick and need medical attention, you have to pay for it.  For people like Mern, our 2017 home recipient, there are no resources to pay for medicines or professional care.  She got sick several months after our last visit and passed away in her early fifties. 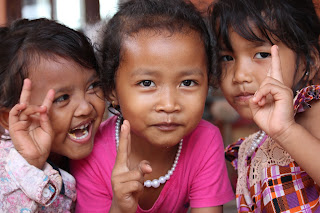 I think it's incredibly life-affirming to immerse oneself in different cultures, like the one we have experienced in Cambodia.  These people, while incredibly poor, have joyous and generous spirits.  I will always carry their smiles and laughter in my heart.  It has been an honour to go over there and be in their presence for a few days and I can't wait to return this February. 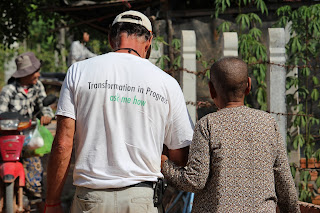 Should you find it in your heart to become the next custodian of Remembering Robin Williams and become a home sponsor, you will have the opportunity to consider traveling to southeast Asia as an Ambassador.  Choosing that path will change you, as Lee Chandler (the other co-founder of Bracelets For Buildings along with Kent) predicted it would do to me.  He was right.
Email Post