"Did you know that this is the 42nd annual Christmas Concert at Dr. Clark School," said Mrs. Demers, in between one of the sing-along numbers last night.
When she said it, an image suddenly flashed in my mind of generations of kids and families who wandered through these halls in those years. That time-lapse video would would show clearly and distinctly the important role that the school plays in the life of a community.
Last night, the gym at Dr. Clark was filled to the brim. And by the time all the students returned for the grand finale, every available space was taken up. Were there 1,000 people there? There might have been.
Every school in every neighborhood, in every town, has their story. Ben is in Grade 2 now and his large group sang "I'm Getting Nuttin' for Christmas". When I was in Grade 2, my group sang"It Came Upon a Midnight Clear" and was maybe a third of the size. We went to the Junior High School for our Christmas concert; it had the larger gym and could accommodate both students and parents.
Ben wore a white dress shirt (collar up) and a black clip-on tie with a vest. I wore a plaid shirt with some kind of paper collar around my neck and held a flashlight at my chest shining up giving my face a mystical (and quite possibly, eerie) glow. Ben belted out his song, his mouth opening wide with the words; I sang sheepishly, frightened to be in front of an audience.
Today parents capture golden moments like Christmas concert performances with all kinds of state-of-the-art cameras, video recorders and iPhones. Back then parents had small old-school cameras that required you to send off the film to the big city to get processed. My mom had the Kodak Instamatic 100 for decades. 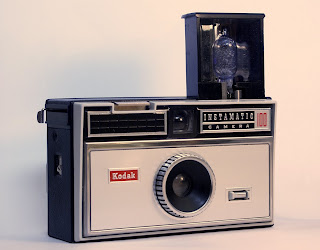 Dr. Clark's first concert would have been in 1968, the same year our house was built here on Demers Drive, a lifetime ago. Walking through its halls you wouldn't guess that it has a history that dips that far back in the past. Thanks to renovations and constant investment, Dr. Clark is a modern facility that will likely be around for decades to come. My elementary school suffered a different fate, now sitting derelict, windows broken and boarded up, home to mice and memories. 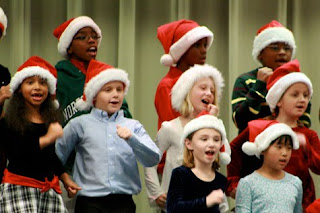 The Christmas Concert is important. It comes around every year and is as Canadian as maple syrup and poutine! It is a tradition that stretches back, in the case of Dr. Clark to the 1960's, in the case of my son's great grandfather, to the one room Doyle School on the southwest corner of section 7-28-32 in east central Saskatchewan near Rhein. I wouldn't give up this tradition for anything!
Email Post