As the week came to an end, I became less and less optimistic that we were going to be able to make it to our weekend fishing destination, Winefred Lake Lodge.  I wasn't alone in my gloomy outlook; Heather was feeling similarly as clouds and showers dominated the days that preceded the trip.

We packed anyway and hit the highway as early as we could on Friday, fearful of having to drive the final 20 kilometre leg in the dark.  I had visions of sloppy ruts, impassable puddles and shoulders that slid off into nothingness.

We filled up with fuel at Conklin and began the 70 kilometre journey to Winefred, resetting the reading on the odometer so we could gauge how far we had gone, and how much further we had to go. It proved to be a wise decision and provided solace as we marked our progress traversing an unfamiliar trail.

While there were some sloshy parts and modest puddles, the journey was free of peril and we emerged from the narrowing winding road through the deep forest into the welcoming embrace of Winefred Lake Lodge. 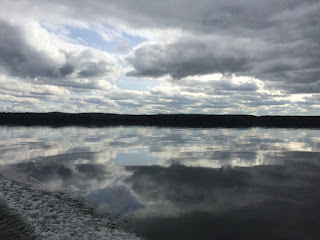 The facility consists of a number of well-appointed log structures including the main lodge, light-housekeeping cabins and the Eagle's Nest suites, which is where we stayed.  With a bedroom with two queen-sized beds, bathroom with shower, kitchen and seating area with a pullout, the suite would comfortably sleep six.  We were happy to be only two. 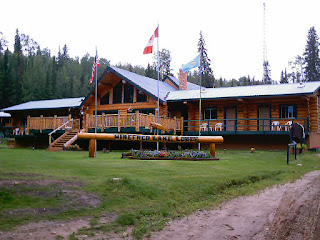 We were on the lake in a 16-foot Lund boat by 8:30 am and made a beeline for the White Cliffs to the east. 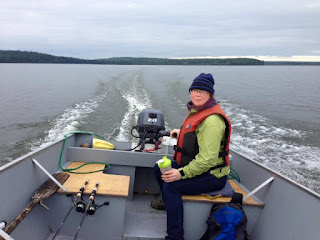 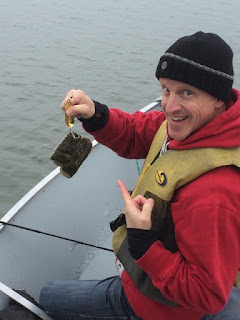 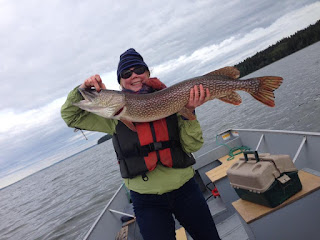 The afternoon ended up being equally fruitful, particularly in Jackfish Bay, where Heather caught several large ones.  The first - probably over 12 pounds - managed to escape when I screwed up with the net.  The second - 13.5 pound - was not so lucky.

We caught so many pike that we stopped counting after awhile.  It wasn't constant, but it was steady - just the way I like it.

The whitecaps this morning combined with driving rain meant there would be no fishing for any of us.  We packed up and hit the road as soon as we could.  The road would get sloppier and sloppier with each passing hour.  Thankfully, a large group of fisherman travelling in two separate trucks offered to escort us out.  We were concerned about our Escape's ability to make it out in the rainy conditions.

As it turned out, we made it out just fine, and in some ways, were able to handle the mucky roads betters than the trucks.  I breathed a sigh of relief as we pulled into the gas station at Conklin, grabbing a well-earned coffee for the remainder of the trip home.