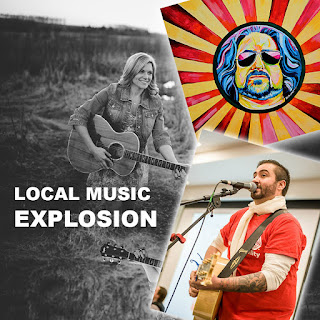 About a week ago, my friend Dan Tulk released his new video on the big screen at Casman Centre during an Oil Barons exhibition game.  Stu Marchand posted his stirring United Way "Change Starts Here" song on YouTube.  And Shantelle Davidson was riding the wave of her brand new self-titled album.

What I love about these three musicians is that they all interconnect and are so supportive of one another.  It is inspiring to see how these artists are pursuing their dreams and helping to build a stronger community.

I sat down with Stu last week to talk about his upcoming performance at the 2015 United Way Community Kick-Off Breakfast (which was fabulous by the way).  We quickly got the business side of the discussion out of the way and then spent the majority of our time together talking about his love of music, connections to the broader music community across Canada, and his insane love of guitars.  He is an avid and well-known collector and is a bastion of knowledge about the intricacies of guitar design and construction.

His song "Change Starts Here" captures so much about why thousands of people step forward to give, of their time and of their money, during the United Way Community Campaign.  I believe this song speaks to people here in Fort McMurray as it would speak to people in Powell River, BC or Antigonish, Nova Scotia - it has a universal quality. 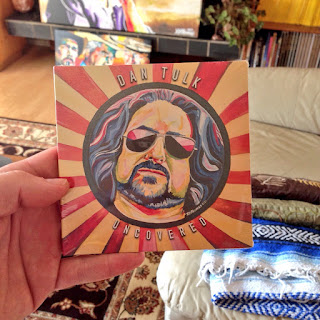 I had done a lot of different things with my portrait painting, but until Danny asked, I had not done a CD cover.  I was so pleased how it turned out, even more pleased for the music that it contained.  I listened to it over and over again last night as I worked on my latest project. 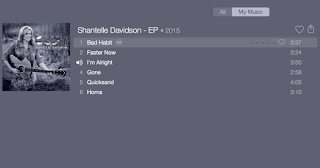 Now I'm listening to Shantelle Davidson's self-titled EP after having purchased it from iTunes.  She has had a fabulous ride the last few months and this 6-song collection is a great testament to her talent, work ethic and professionalism.  If I was still wearing my country music radio programmer's hat, I'd be all over this artist; she looks and sounds like a million bucks.  You're going to be hearing Shantelle all over country music radio and the awards shows in the coming years; mark my words.

Stu, Dan and Shantelle are the tip of the iceberg when it comes to music talent in Fort McMurray.  So many others are doing exciting things: Dan Gillies, Mychela, Ian McClaws, The Veins, to name but a few.

Looking at the liner notes  and hearing directly from the artists, they are getting great support from the community and the live music venues.  Let's keep it up Fort McMurray.