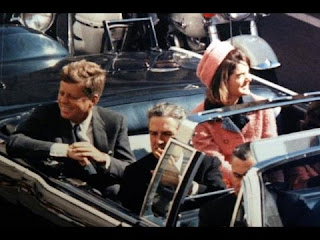 Where were you when Kennedy was shot? 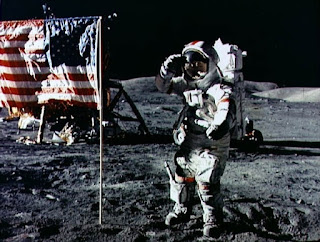 Where were you they landed on the moon?

For this generation, the question that almost everyone has an answer to is "Where were you when the planes hit the towers?" 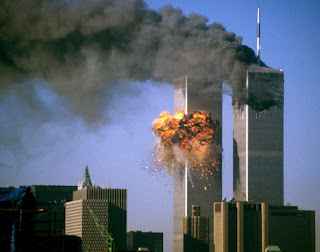 While I don't know if this horrific event had the same emotional impact in far flung regions of the world, here in North America it was emotionally pervasive.  It was a lightening strike to our collective hearts and it rattled our world for several years.

By September 11, 2001, Heather and I had been dating for 6 months.  It was exactly 6 months, as our first date was on April 11th of that year.  I remember the feeling of fear that washed over me that day when Natasha shared the news with me when I got into work at Keyano Theatre.  At first, I didn't believe her.

We spent much of the rest of the day monitoring CNN and watching the drama unfold: horrible fires, people jumping out of windows, buildings falling, horrible clouds of dust and debris, and a great sense of dread that this was just the beginning of something worse yet to come.

I met a lawyer who was in New York on that day, heading to work in the financial district.  His regular stop was the station deep below World Trade Center 1, the north tower. He wasn't overly concerned when the train didn't stop in its usual place; it just slowed down then continued on to the next stop - track maintenance wasn't an uncommon occurrence.

This fellow emerged at street level just as the second plan hit.  He had no idea of the first, as he had been riding the rails, as he did every morning - these were the days just prior to instant communication, Facebook and Twitter. Imagine how that event would have played out if social media had been invented just a few years earlier.

Even though we had only been together six months, my instant thoughts that day were of her, and of Dylan, who was just two and half years old at the time.  I felt vulnerable, at risk, and deeply concerned about the state of the world.

We travelled to Boston in the spring of the following year, the location where American Airline Flight 11 left from at 7:59 am en route to L.A. that catastrophic morning.  Tensions were still high when we were there, especially in the Jewish neighbourhood of Brookline where we were staying.  The culture of fear had really settled in by that point. 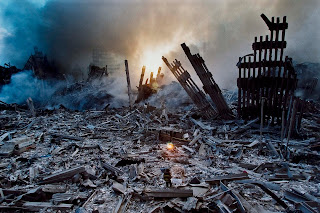 Almost 15 years along, have things changed?  It's a fair question, especially as Syrian refugees pour into Europe, risking everything to secure a better life.  Terrorism as a going concern in North America is not as prevalent as it was back then.  It is a conversation that only pops up from time to time, when there is a significant shooting or tragedy that begs the question of whether a link to terrorists exists.

Where were you on September 11, 2001?  Ask your colleagues at work this morning.  I'm guessing that almost everyone will have an answer.
Email Post